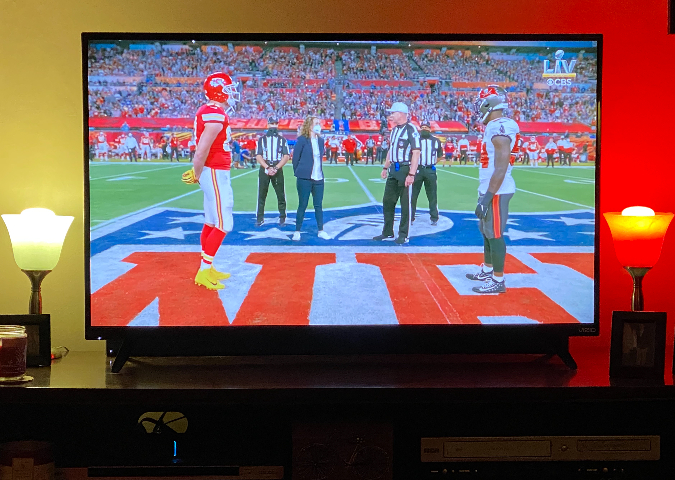 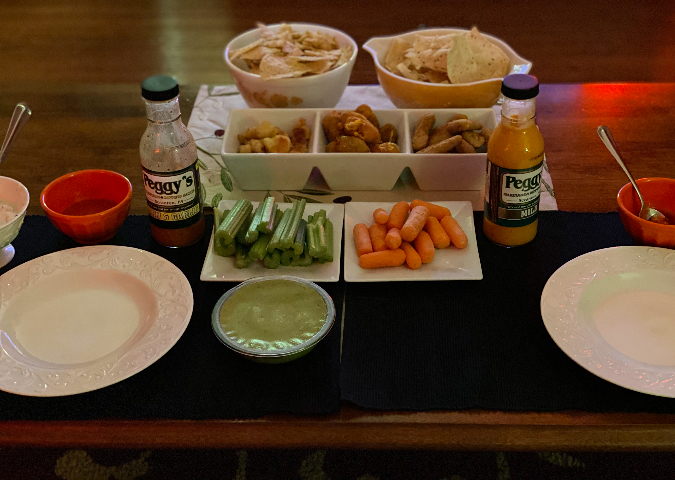 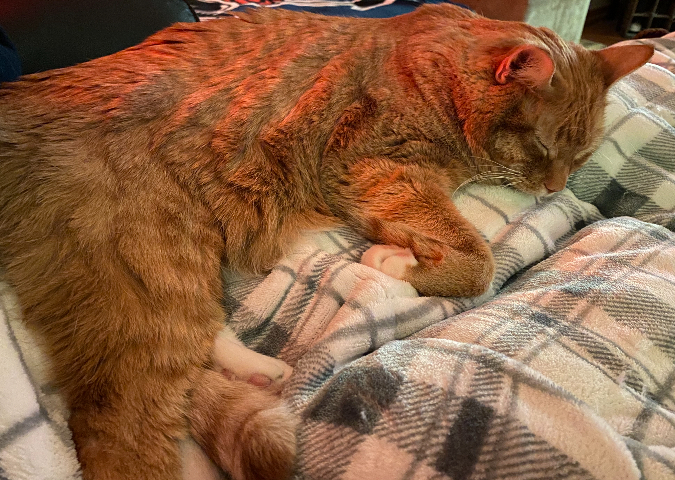 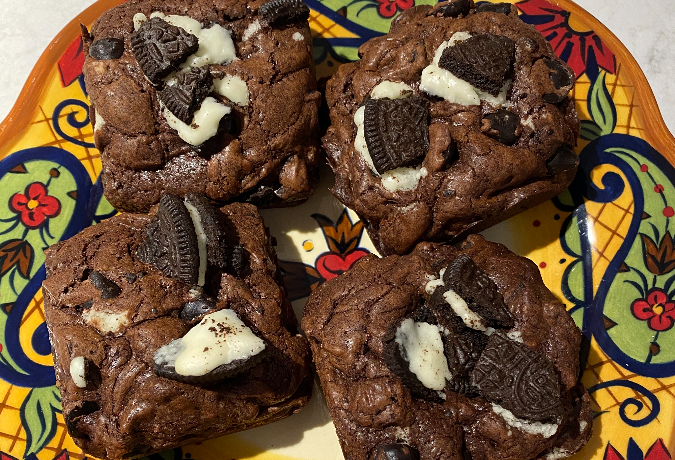 even though we're not sports fans, we do enjoy sitting down each year to watch the super bowl.  granted, it's mainly for the food, the commercials, and the half-time show.
we like to watch the game from home in our pjs cuddled up on the couch with leko.  we made some vegetarian chicken wings, cauliflower wings, jalapeno poppers, and guacamole to eat during the game.  we had some oreo brownies for dessert too.
we stayed awake for most of the game.  the half-time show was so-so in my opinion and i didn't love most of the commercials either.  if i had to pick one, the best commercial was probably the amazon alexa commercial.
love, laurie
Labels: iphone pictures, leko, super bowl, weekend, winter

Love the lighting design around the TV. Leko looks cute with the orange lighting that is reflecting off of his fur. Food looks delicious, and I hope there was some tuna for Leko. I agree about half-time, but the lighting was good but no talent was displayed. I can't believe that he put 7 million of his own money to produce that show. Still can't understand why entertainers are paid so much that they can spend that kind of money. I could have ran round the field in my "red jacket" and did a better job.
Alexa commercial was cute but a little spicy. Loved how they had his eyes stroll blue.