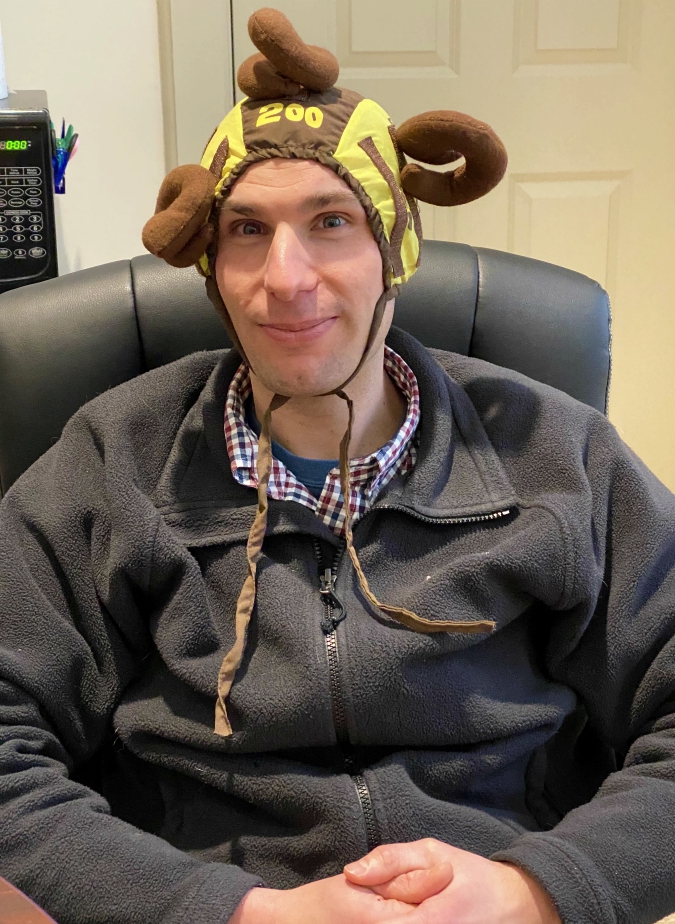 my co-worker's family bought a game called "poop toss."  (it's the exact same concept of this old tossing game.)  she brought it into work and we played it, and found that we were pretty good at it.  when ryan arrived, she put it on ryan's head for him to try.  oh my goodness, i could not stop laughing because somehow he looked just like a monkey with that hat on his head.  i had tears in my eyes from laughing.  the moment was just too priceless to not photograph!

i can't find the exact game that she has online, but this one is practically identical.

oh the shenanigans at work!

Ryan is a good sport for putting up with the two of you.

I know two little boys who would go crazy with this game!!!