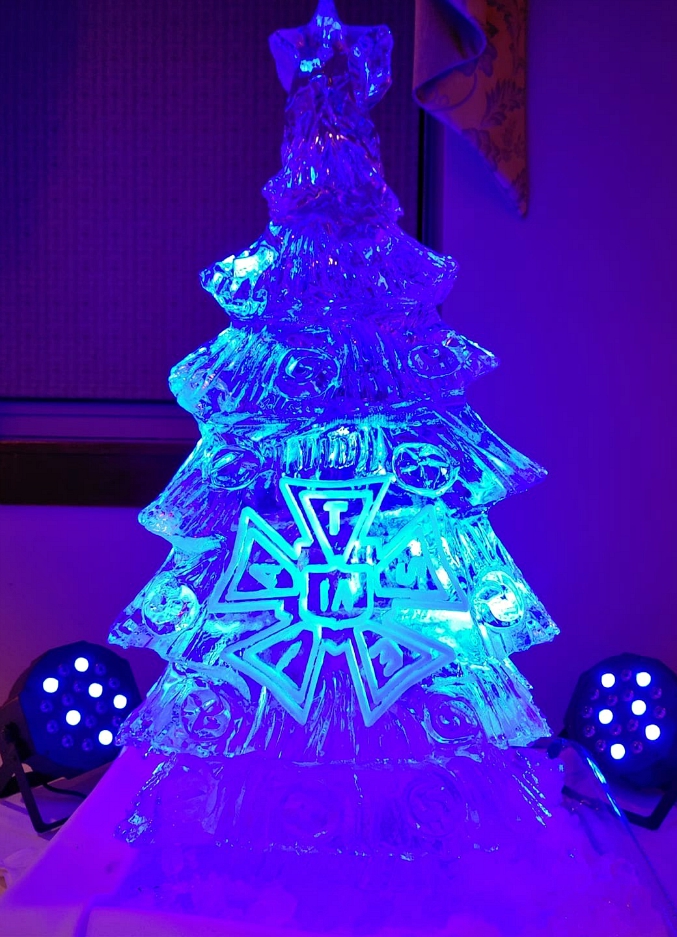 our stage hands union wanted to have a holiday party but it was absolutely impossible to schedule one in december since there are so many holiday-related shows that we all work during that month.  so, they decided to have it in january.  the only problem with having a party in january is that when you get a big snow storm no one wants to come out.  even though the weather wasn't great and i really wasn't feeling well, ryan wanted to show face at the party for a little while so we pulled ourselves together and went over for a bit.  only 17 people made it to the party (it really should have been postponed).  at least the ice sculpture was cool. 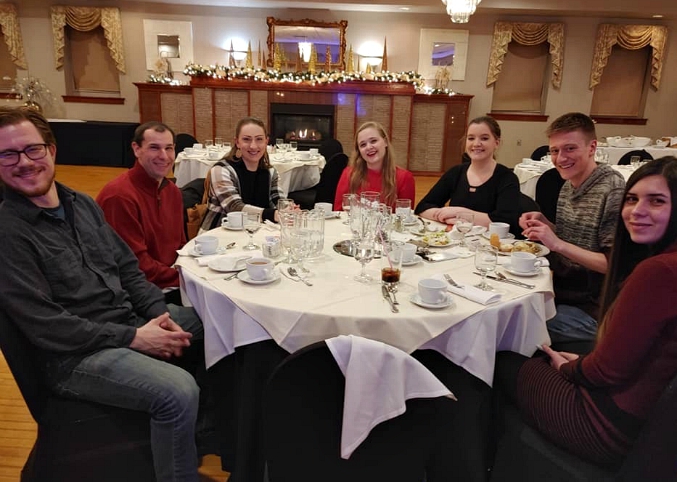 It is always good to have a party in January when everything is quite. It makes the long, dreary winter exciting. Too bad you were not feeling up to par, and that only 17 people showed. Yes, the ice sculpture is nice, especially with the blue lights on it. Did you and Ryan light it?