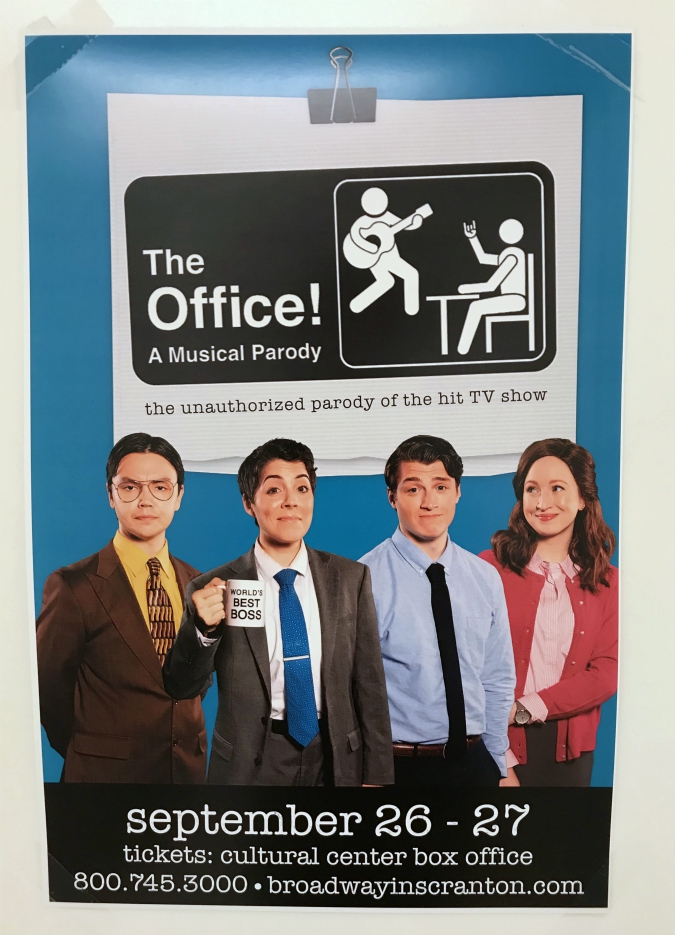 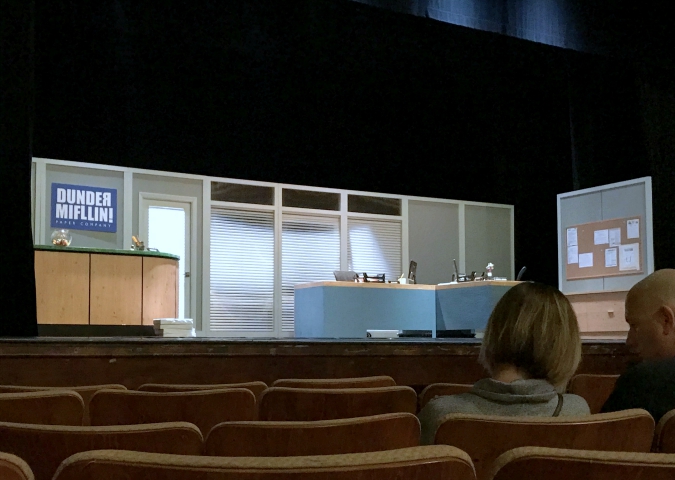 we were huge fans of the show "the office" when it was on tv.  we even have all of the seasons on dvd at home.  when we heard last year that there was an off-broadway musical parody of the tv show, we knew we had to see it!  we didn't get a chance to see it in nyc, but this week the u.s. tour came to town.  it was only right to have the u.s. tour of the off-broadway show kick off its tour with its first show in scranton (which, of course,  is where the office is set)!

there was a great turnout at the theatre and the crowd loved the show.  we had great seats with my parents and a few of our co-workers!  it was very funny and i give the cast credit for playing so many different characters!  (some of their costumes were incredibly fast!)

after seeing the musical last night, it makes me want to go back and re-watch the show again!

We never watched the TV series, but really enjoyed the show. It was funny.