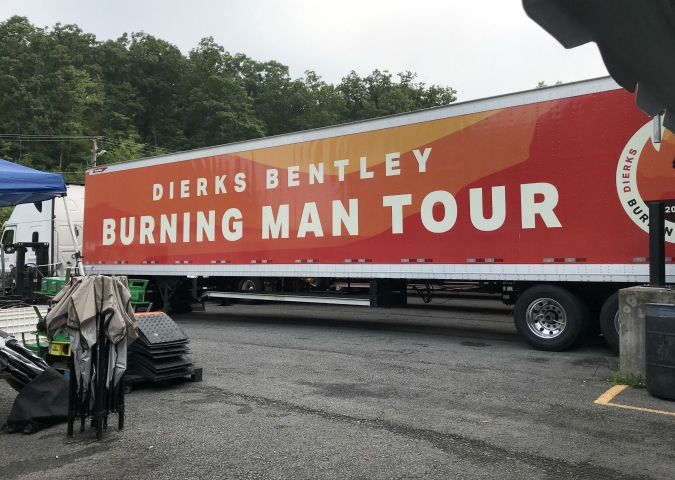 after working the train / goo goo dolls concert on thursday, we worked the dierks bentley concert on saturday.  we both worked the load in, show call, and the load out.  once again, we were both on the lighting crew, but we didn't get to work together since we were on separate projects.

ryan was on deck for show call and i was up in one the three spot light towers running one of the six spot lights.  each tower holds two spotlights and two crew members.  the crew member who shared my tower with me was one of my former students who now works as a stage hand with us.  she had never run spot light before, so it was nice to be able to show her the ropes.

since ryan was on deck, he sneaked a picture of me up in the tower, and i sneaked a few pictures of the show from the tower . . . 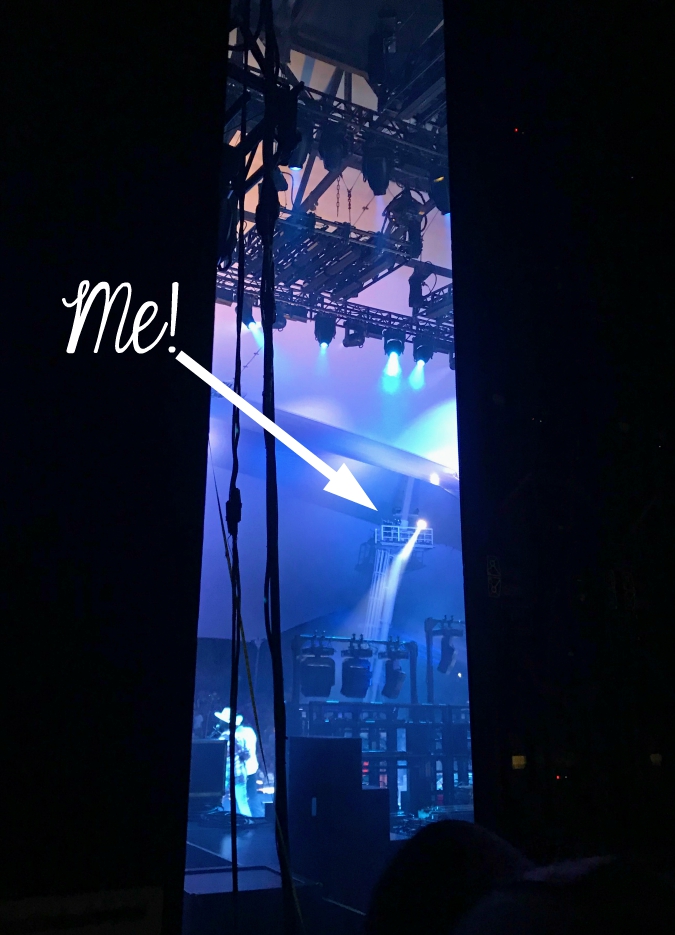 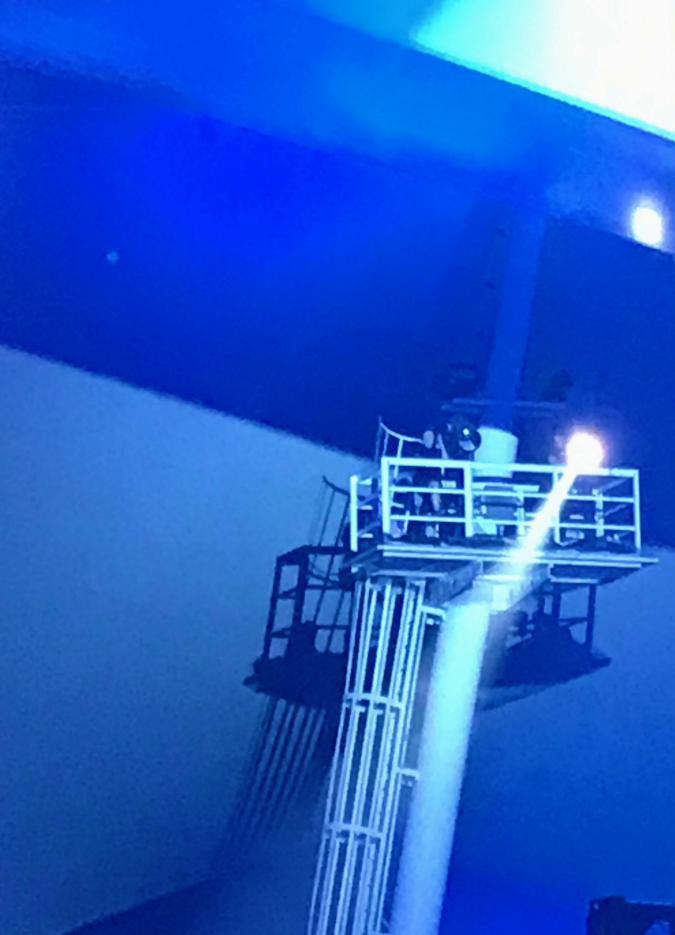 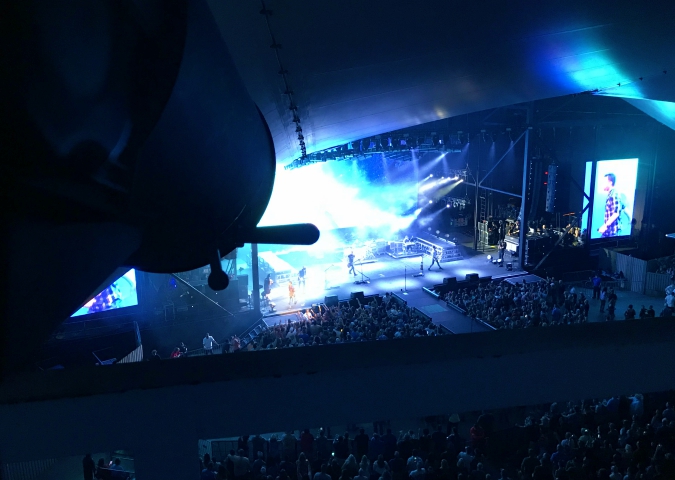 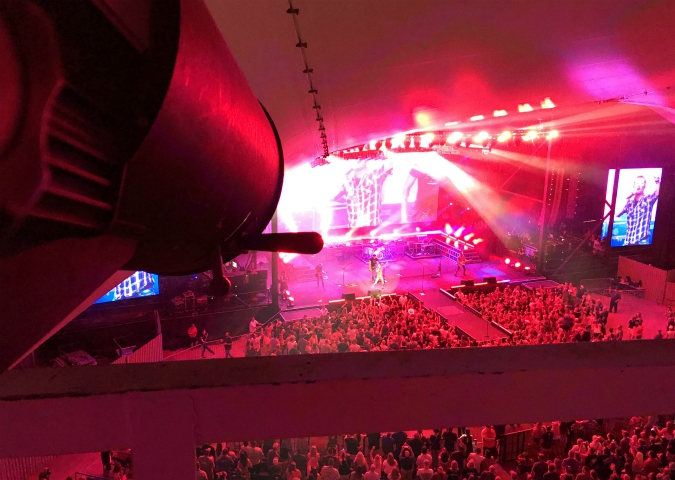 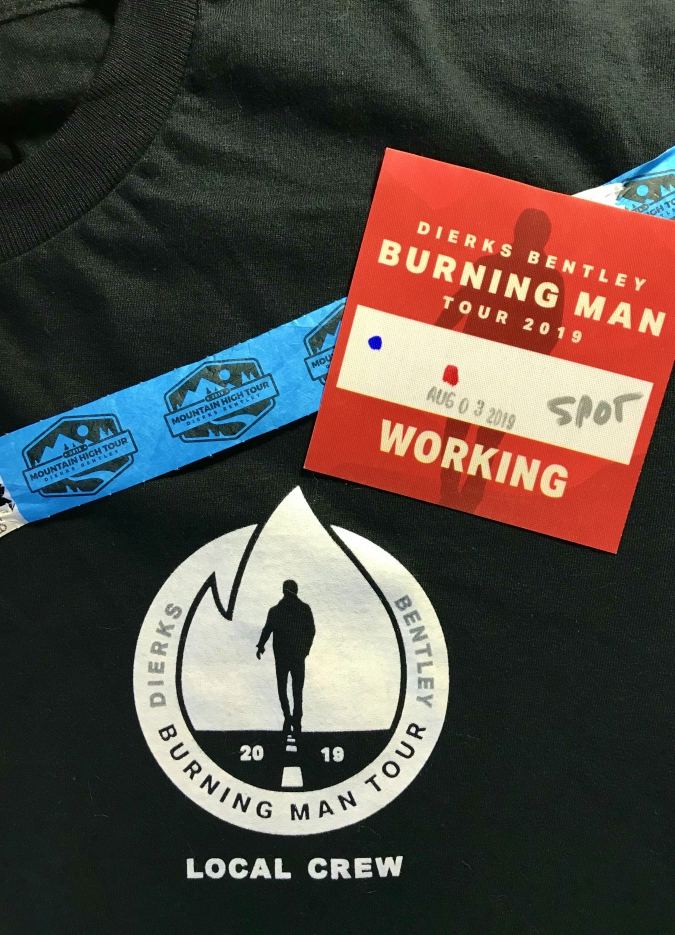 Wow, it is cool to be able to see what the tower looks like and also what the stage looks like from the tower.

You have the best seat in the house. You can see what everyone is doing.