back at it again 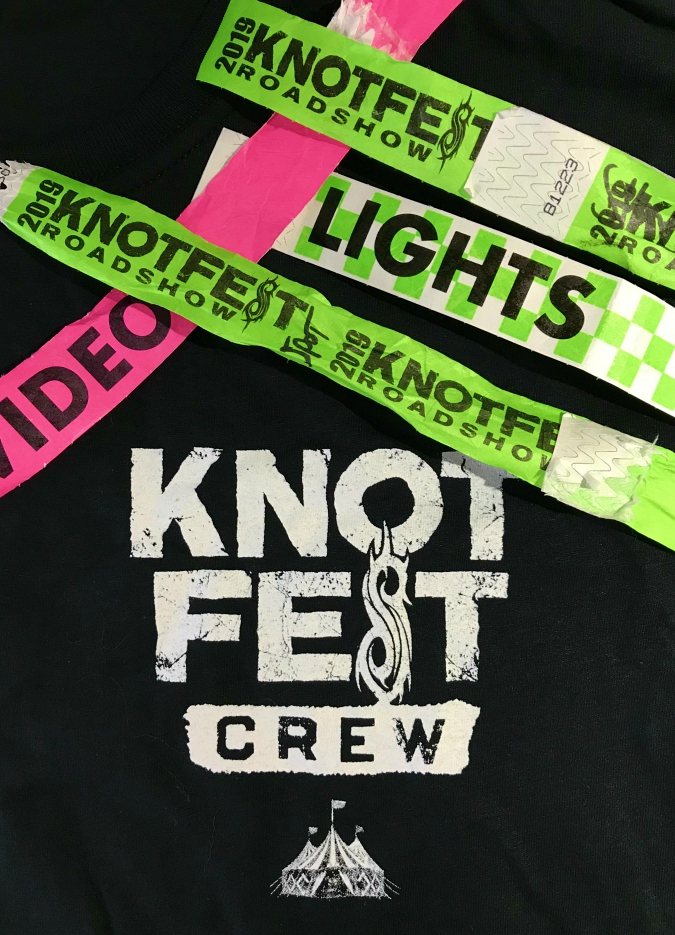 knotfest featured slipknot along with a bunch of opening bands.  it certainly wasn't my taste in music at all, but i was surprised at how theatrical it was.  i'm exhausted and need a rest from that show, especially since i have been fighting a head cold all week too.

i'm elated that we only have one show left at the pavilion in september before we pack in the pavilion for the season!  a few photos from saturday . . . 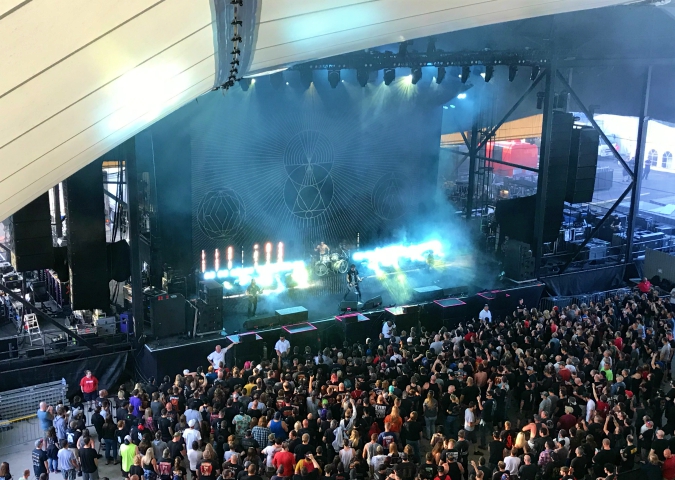 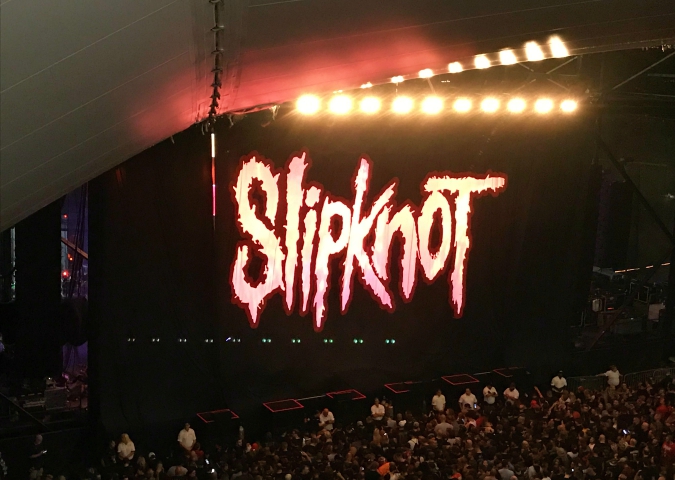 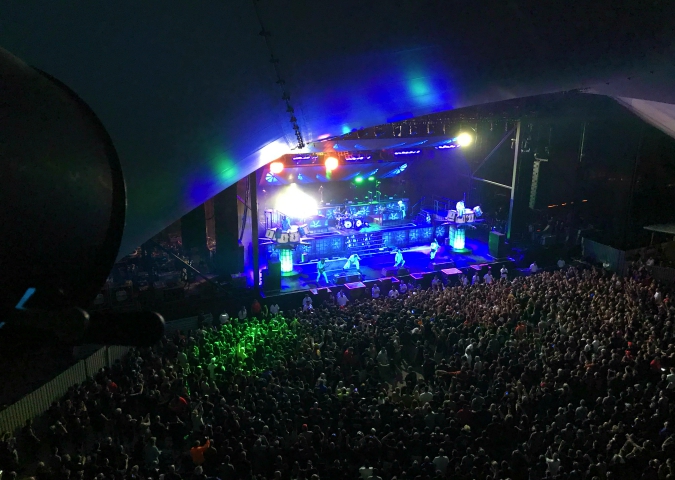 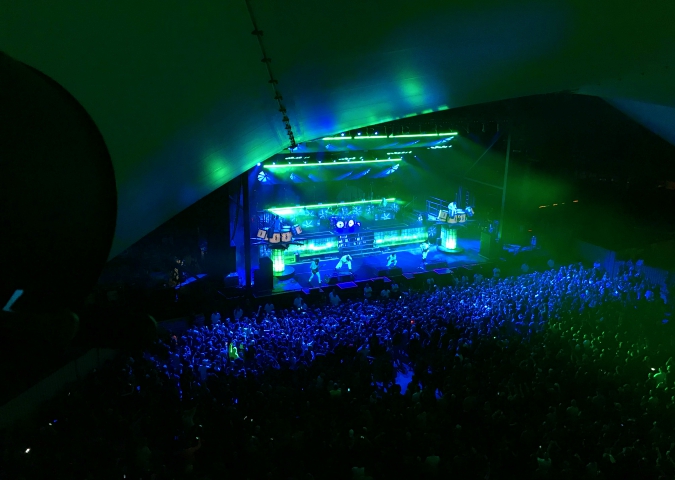 Looks like a lot of people and I love the blue lights.