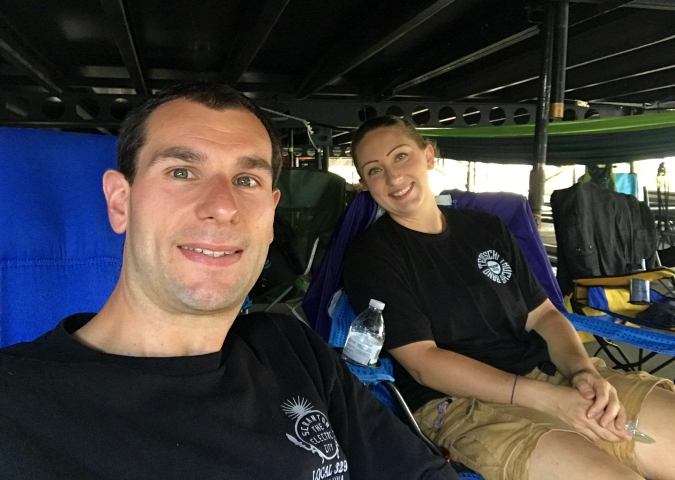 this past week and weekend, ryan and i both worked camp bisco.  we worked the stage build, load in, entire show run, and load out . . .  all from tuesday night through sunday morning.  camp bisco is a huge music festival with numerous acts performing on multiple stages at once.  the whole thing takes place on the side of a mountain at a local ski resort / water park.  concert attendees camp out on the ski slopes and have free range of the festival so they wonder around for days listening to the music on the different stages while riding the waterpark rides.

this was my third year and ryan's second year working camp bisco (here are some pictures from 2017 and 2018).  the absolute only thing that makes this crazy event worth working is getting to work with ryan.  we both requested the wave pool stage again since that's our favorite stage to work for these festivals.

the hours are insane, the work is hard, and the crowd is nuts.  somehow we (barely) survived, although i'm pretty sure each of us had moderate heat stroke by the end of it.  we're beyond exhausted and feel like zombies.  we're hoping to come back to somewhat normal over the next few days before we start this whole process over again later this week for the next festival.  ahhhh!

a few pictures of the course of many days at the water park stage . . . 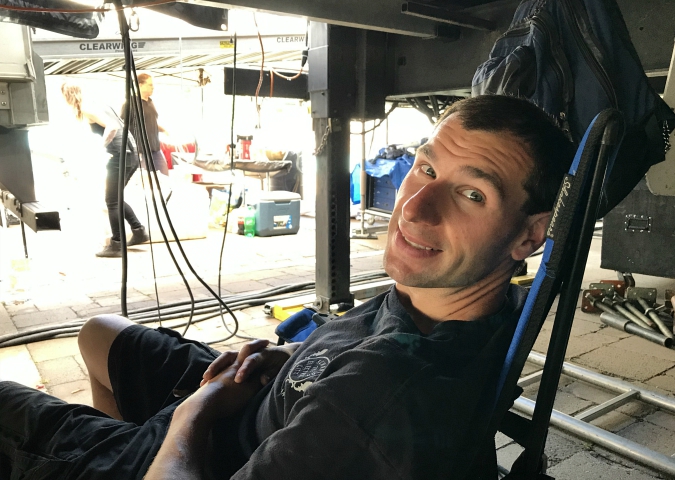 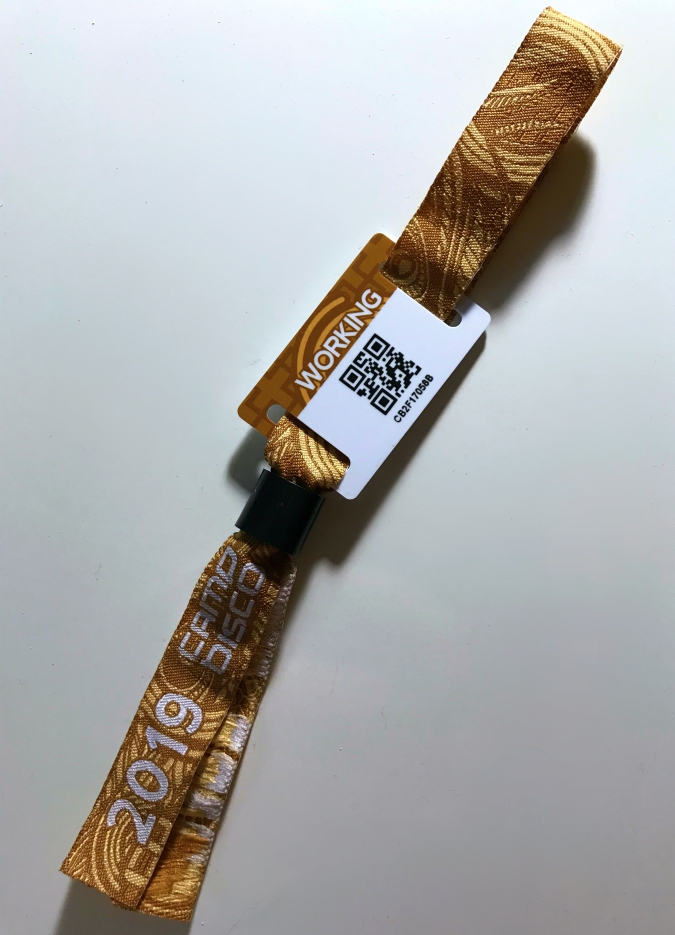 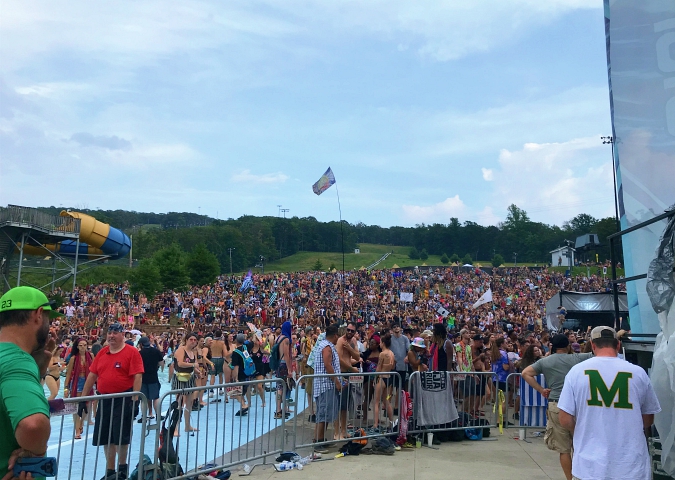 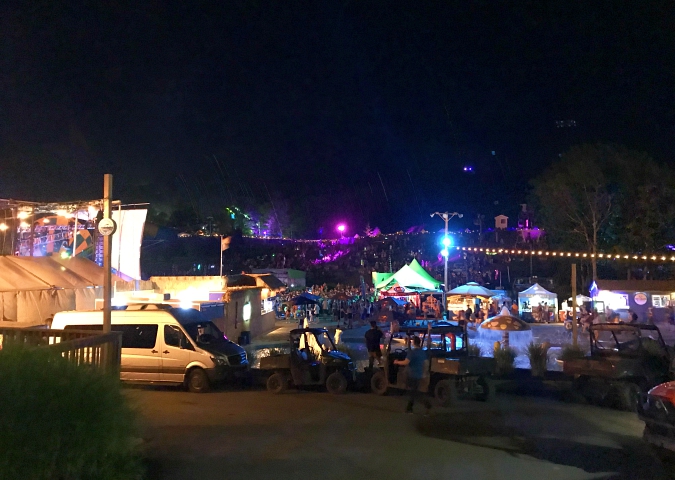 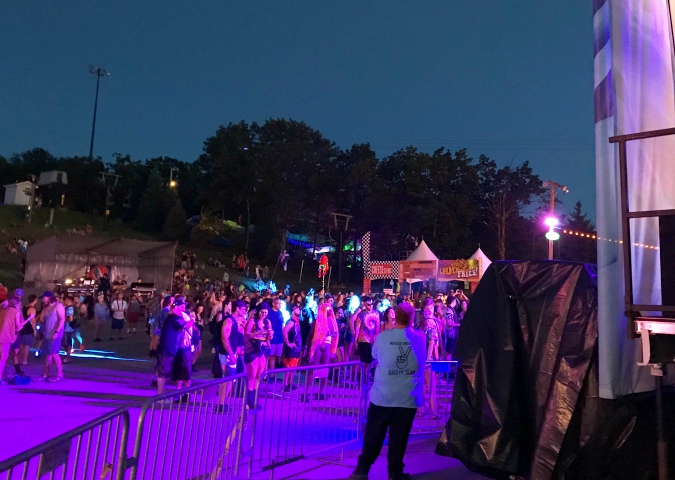 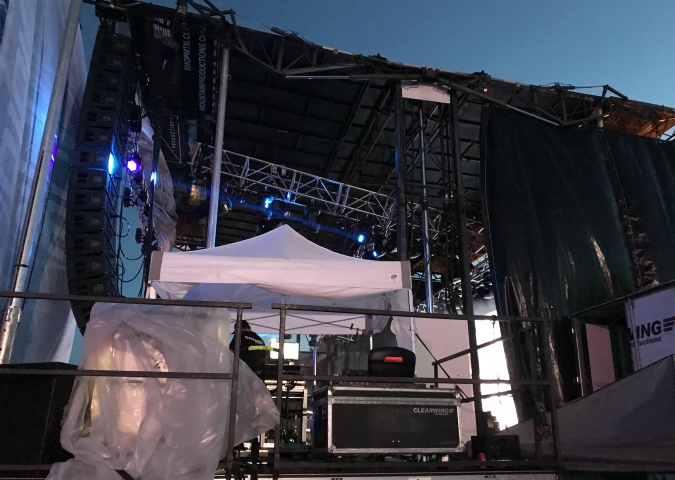 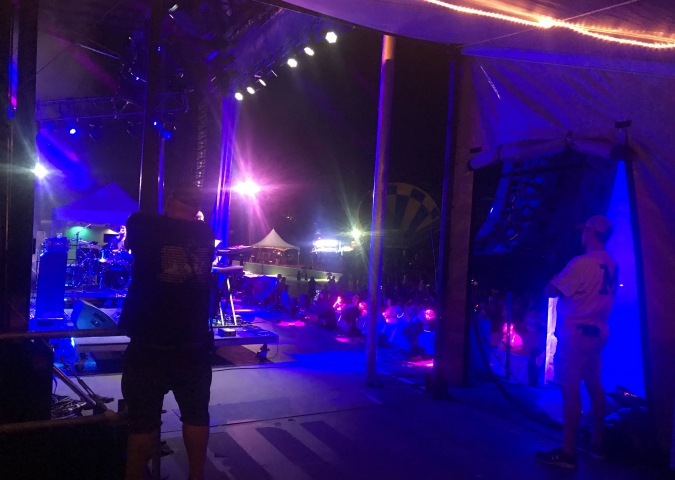 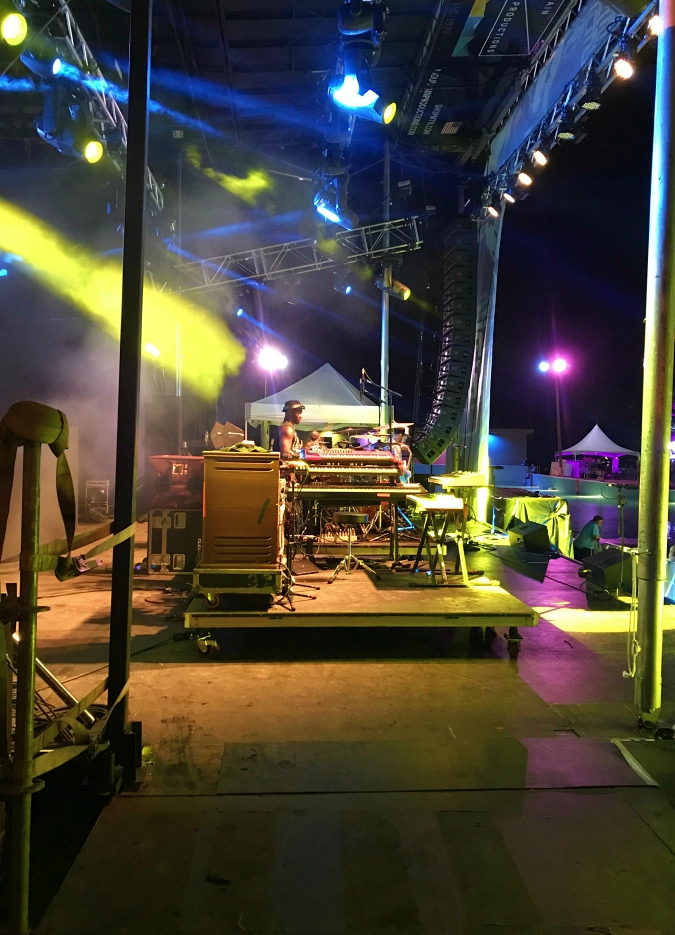 It's a good thing that you sometimes got to enjoy a shady spot because last week's heat was intense, to say the least!!!

What a crowd. Looks like you two were able to take a break. I bet it was only a short one. Glad you survived that heat and humidly.