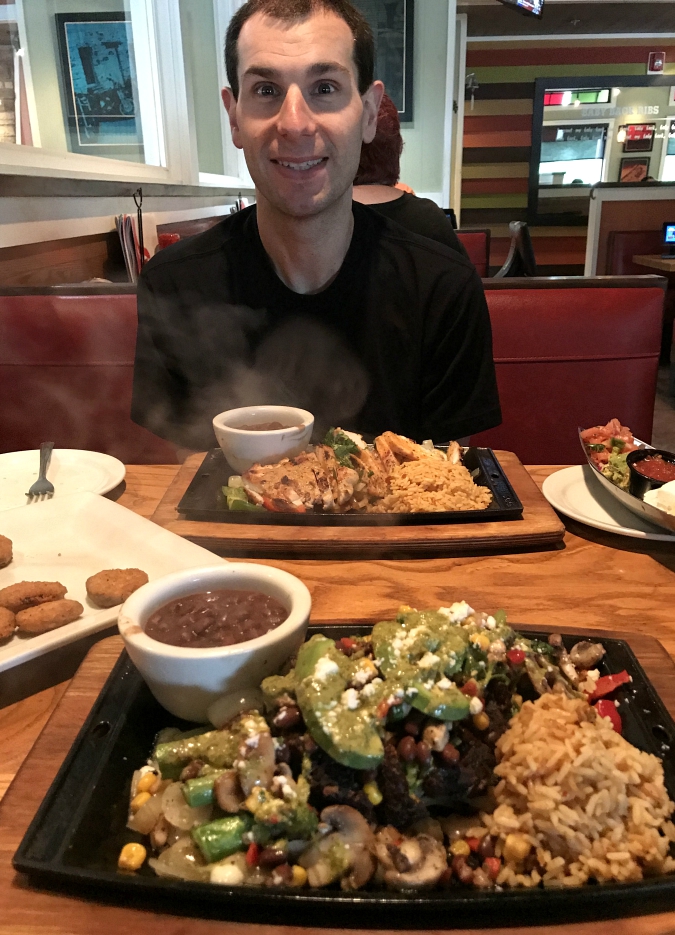 i met up with ryan on monday night after work because we had to run an errand together for work.  we were starving, and nowhere near home, so we decided to grab a bite for dinner.  we don't often eat at chain restaurants, but there happened to be a chili's restaurant where we were, and we don't have one of those near our house.

we made a little monday night dinner date out of it.  chili's had a special where you could get an appetizer, two entrees, and a dessert for $25.  we didn't think that was a bad deal at all considering all of the things we chose would have normally totaled $47.

here's the thing though, we thought the portions would be small since it was a 2-eat-for-1-price deal, but they were absolutely huge.  we each got fajitas (thank you, chili's for actually offering a decent vegetarian fajita option!!!) and we took home enough leftovers to feed us for two more meals!

it was a fun little outing and a ton of food! 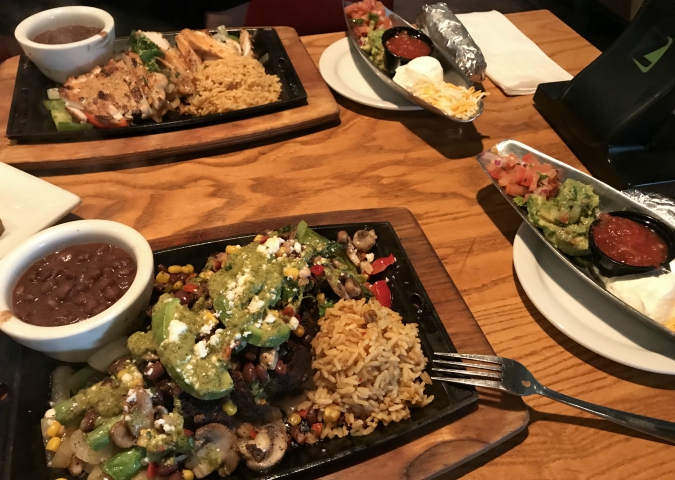 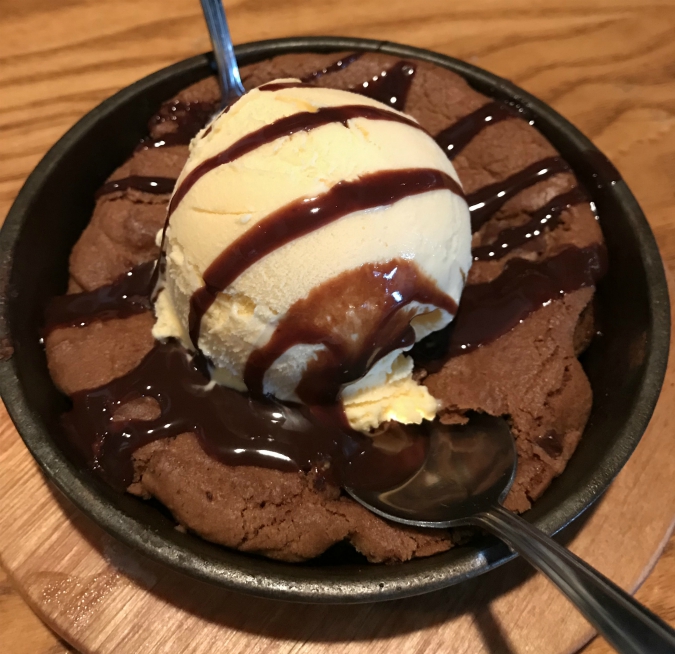 That was a huge amount of food. You could eat for a week on that. Dessert looks yummy.