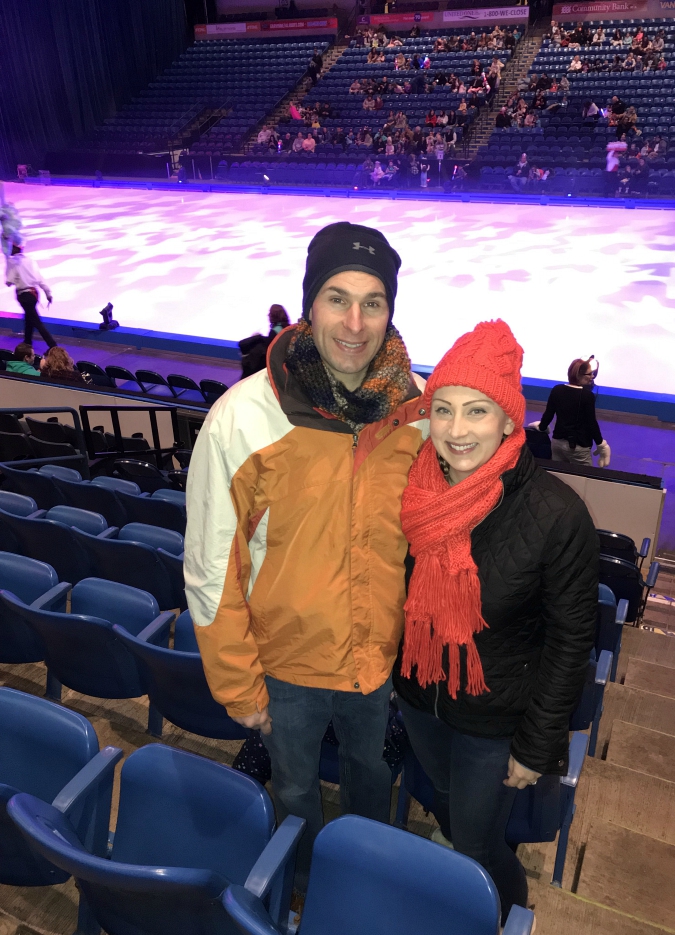 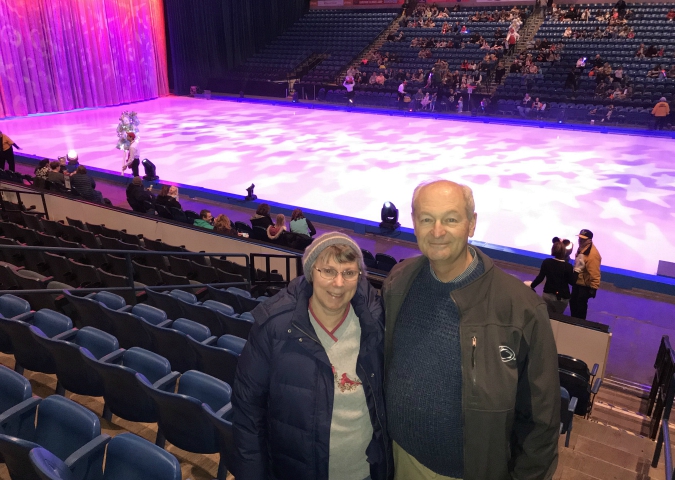 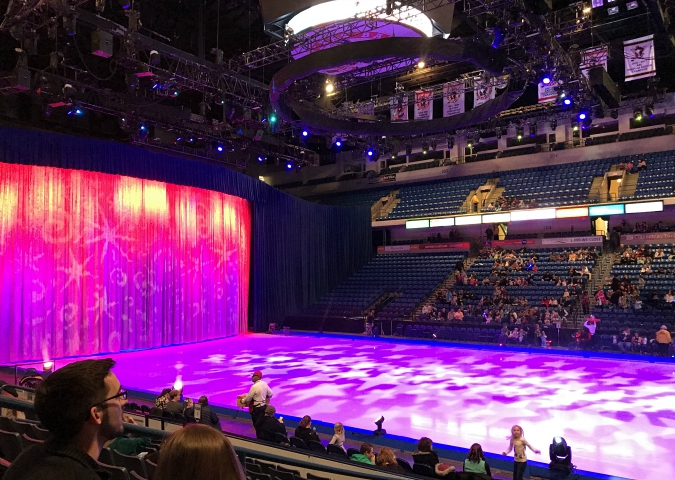 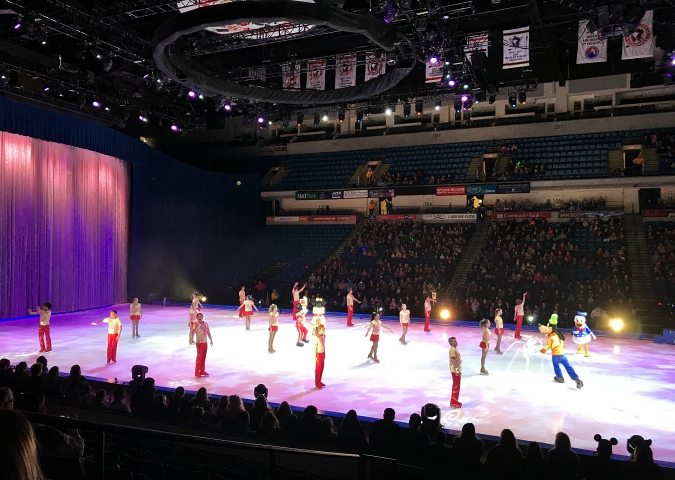 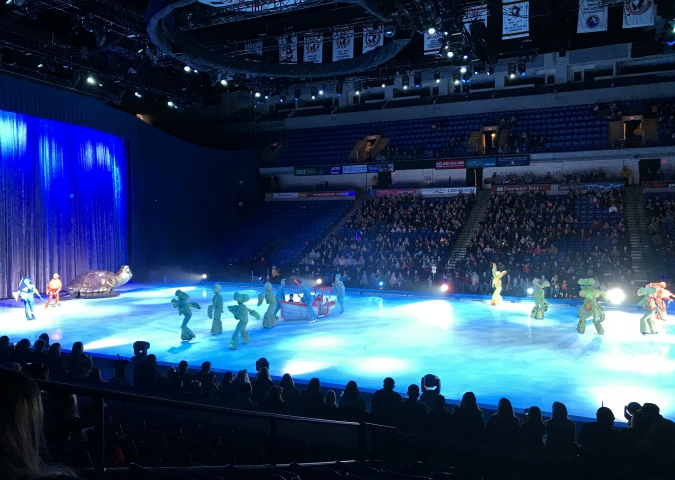 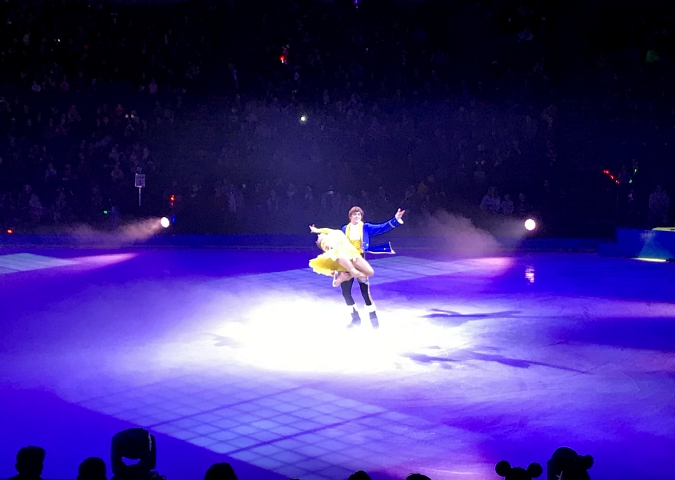 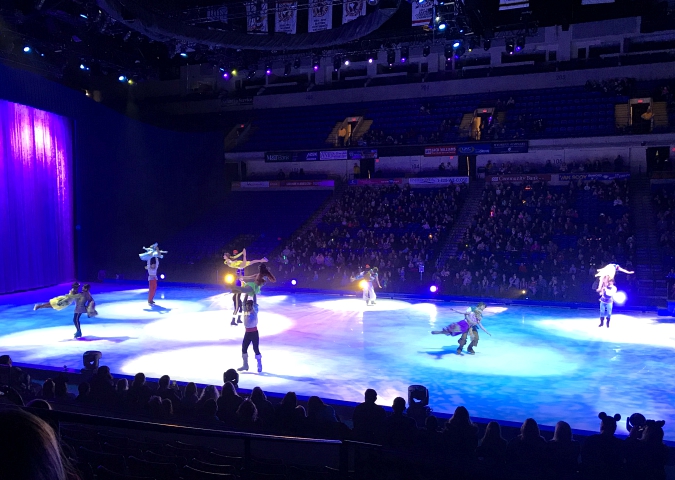 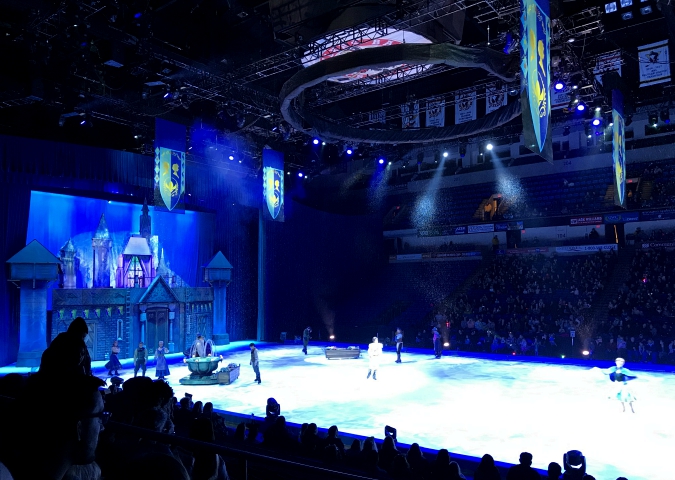 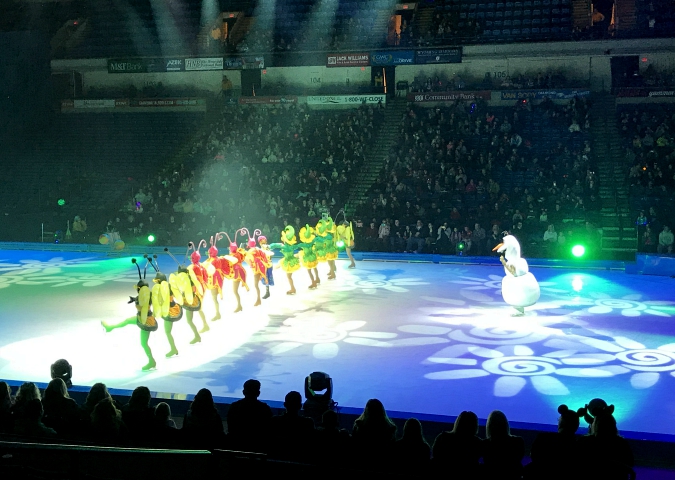 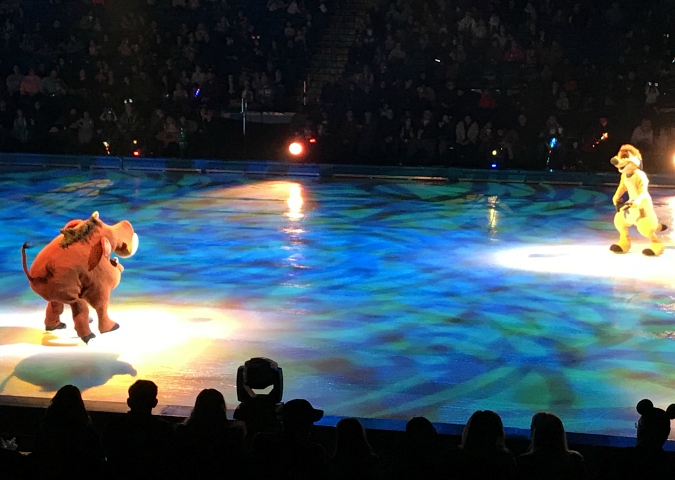 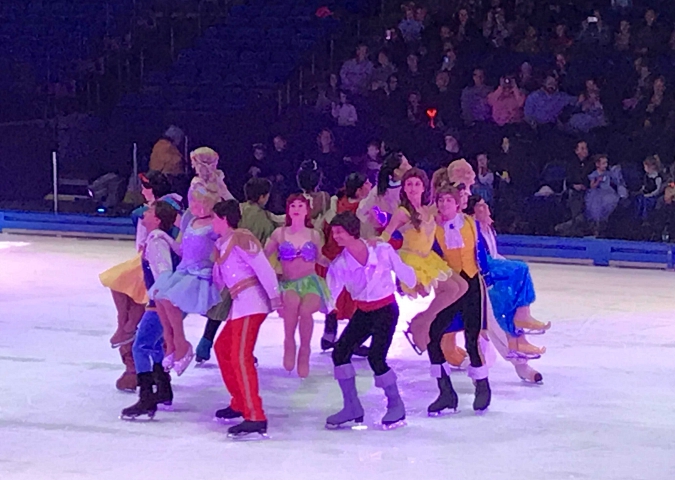 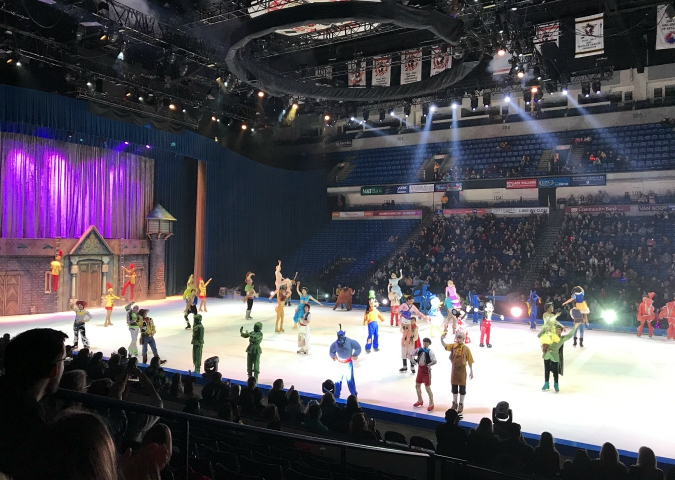 the tour of disney on ice: 100 years of magic came to our local arena this past weekend.  we weren't originally planning on going to the show, but when we found out at the last minute that we were free on thursday night, we decided to grab some tickets and ryan's parents, and go see the show.

it has been decades since i've seen disney on ice, and ryan had never seen an ice show like this, so we were excited to go.  the show was really well done and we really enjoyed it!  it featured over 30 disney songs and the costumes, sets, and special effects were great!  above are a few photos i snapped on my phone during the show.

I see my buddy Puma. Looks like a great show, but cold.

That was fun! It was a really good show.