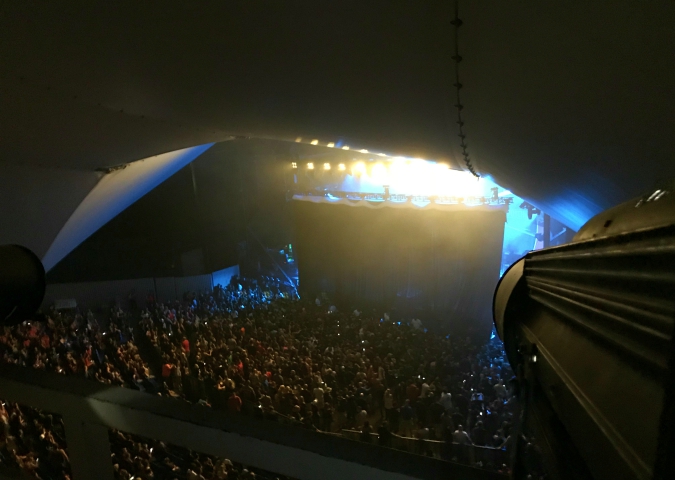 we spent the whole day up at the concert pavilion on friday working the "five finger death punch" and "breaking benjamin" concert.  it was a nutty day with an odd schedule and bizarre weather.

ryan and i both worked the load in, show call, and load out.  even though we were both there all day, we didn't really get to see each other since we were on different crews/positions.

it was a super soggy day with two major storms that passed through.  even though we had to delay for lightening, and one of the two opening acts was cancelled, the rest of the show eventually went on to a sold out (and very soggy) crowd.

it's rare that i get many pictures when we're working, but for this show i had a running position as a spot light operator up in one of the spot towers which made for a great bird's-eye view of the stage and the audience. ^after loading in the main stage, i had to head over to the entry stage to load in another band.  when we got there we saw that a dove decided to make a nest in the part of the wind screen that was bunched up.  i thought for sure that the bird would high tail it out of there as soon as the sound check started, but to our surprise, this bird stayed through not only sound check but the entire show!^ 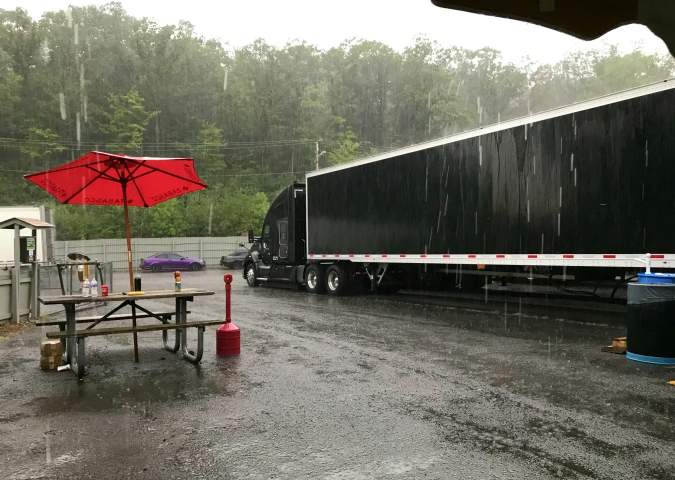 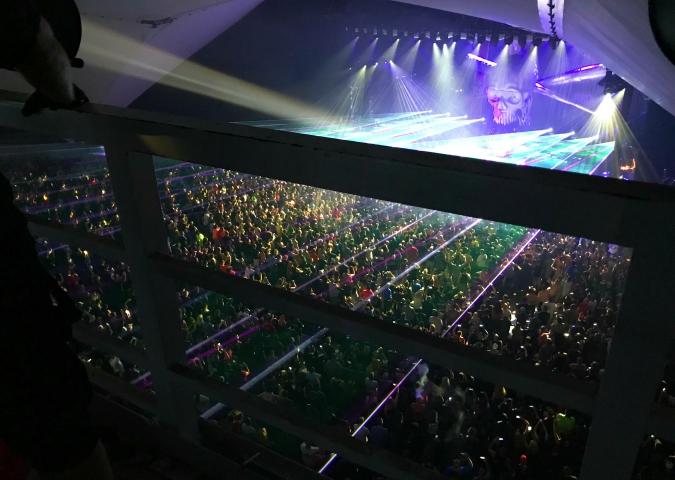 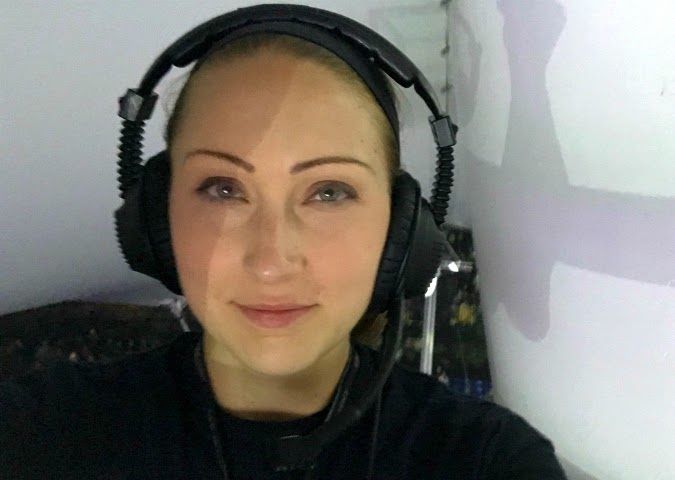 ^the look of being beyond comatose after so many hours on the clock and the realization that the show didn't even start yet and there's a long night ahead!^ 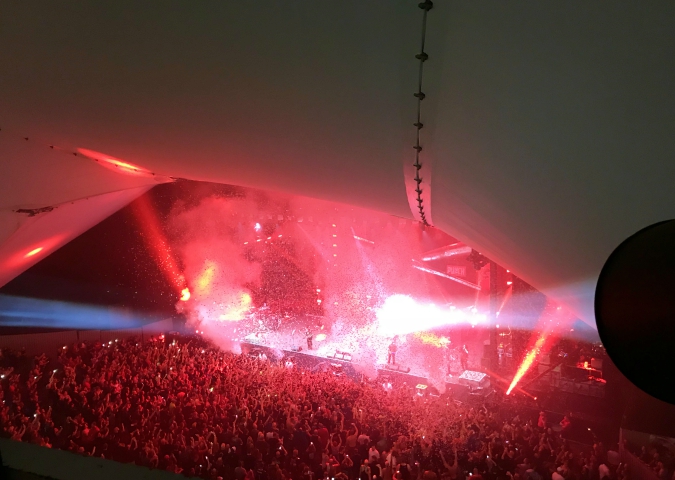 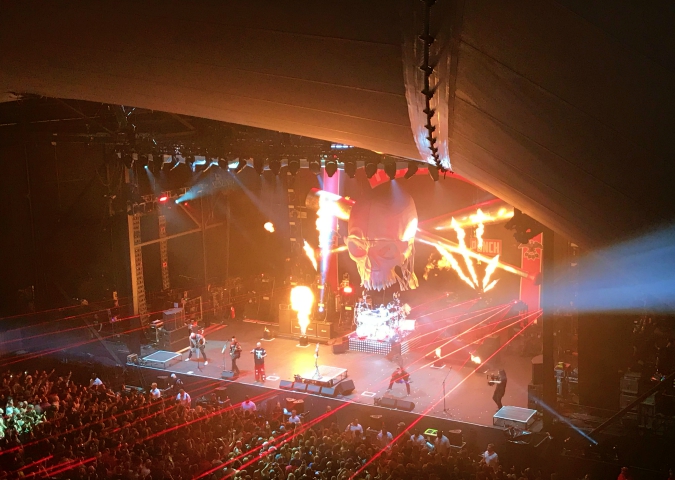 That bird surely had a "birds-eye-view." She was probably on a nest and did want to move off of the eggs. The lights colors are nice and what a crowd.