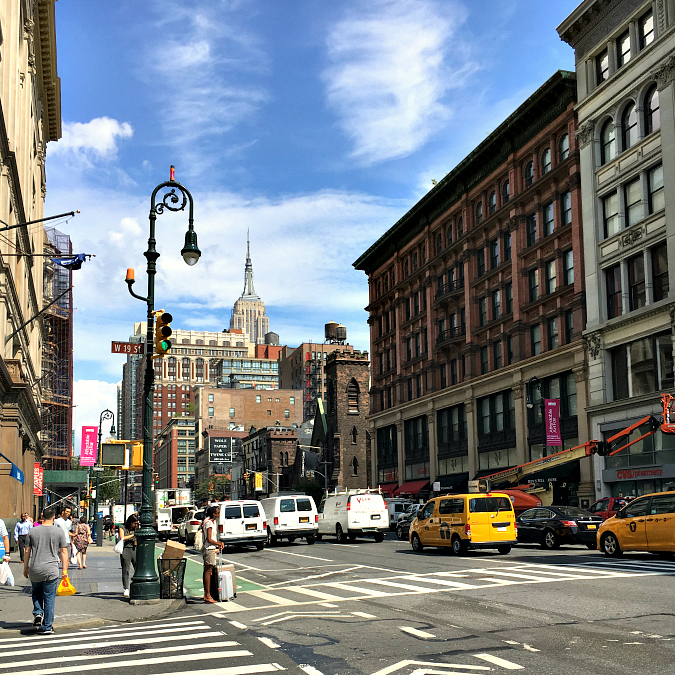 i have been wanting to see cirque du soleil's paramour on broadway ever since i first saw an advertisement for it last year.  i'm a huge fan of cirque, and this show is themed around the golden age of hollywood, so i knew immediately that we had to see it!  the show just opened in may, and i have been waiting not so patiently to see it.  i've been watching sales and hoping for a deal to come through.  the middle of september is broadway's 2-for-1 ticket week, and we knew we couldn't pass up the opportunity, so we jumped on the tickets as soon as they went on sale.  we bought tickets for friday evening's performance, and took the day off work so that we could spend the whole day in the city.

while we were in nyc on friday, we started off our day by going to the gaynor minden boutique in chelsea because i needed a new pair of pointe shoes for the start of the dance season.  afterwards, we grabbed a bite to eat for lunch at westville in chelsea and stopped for a doughnut for dessert at dough in the flatiron district.  we jumped on the subway and headed up to the upper east side to spend our afternoon at the central park zoo.  we ran through the museum of modern art, grabbed dinner at forty carrots in bloomingdales, and then saw paramour.  it was a really great day! 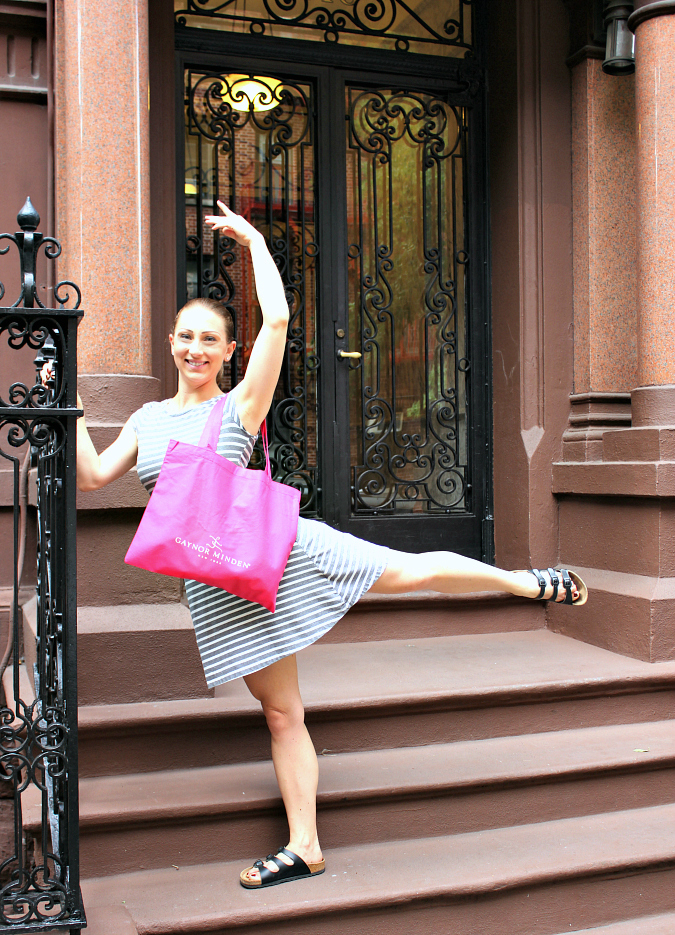 ^this was my second time visiting the gaynor minden boutique.  it is just so awesome in there.  when we left, i couldn't resist recreating my pose on the front steps from when i was there in november.^ 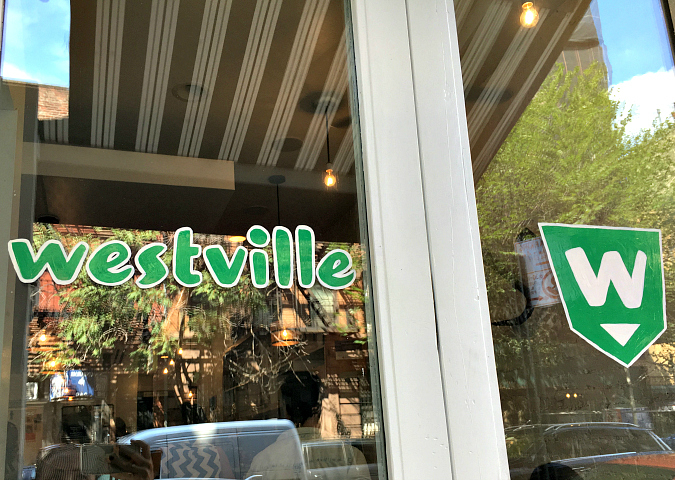 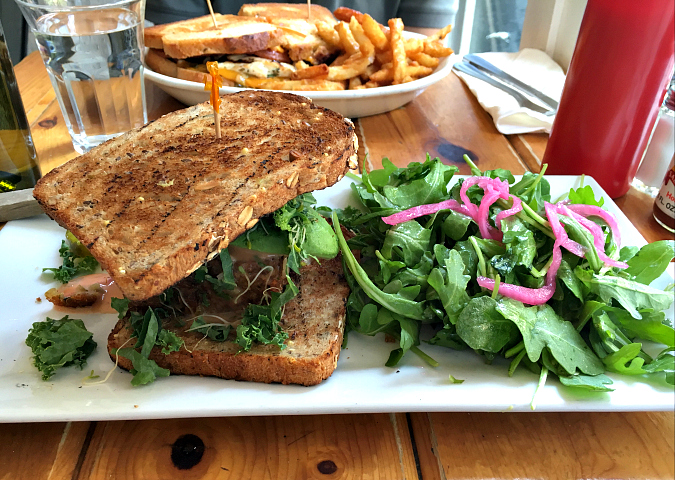 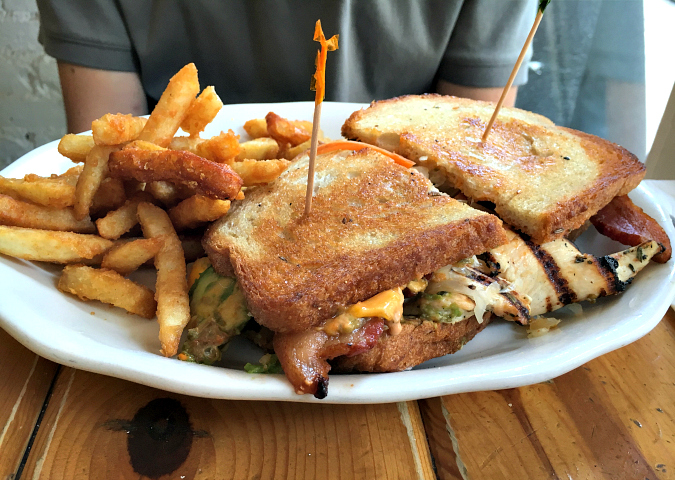 ^westville has been on our list of nyc restaurants to try for years.  there are several locations, but we ate at the chelsea location since it was only a few blocks from the gaynor minden boutique.  i had an awesome vegan quinoa artichoke "burger" patty and ryan had a grilled chicken ruben sandwich.  we both absolutely loved our lunch and would definitely go back!^ 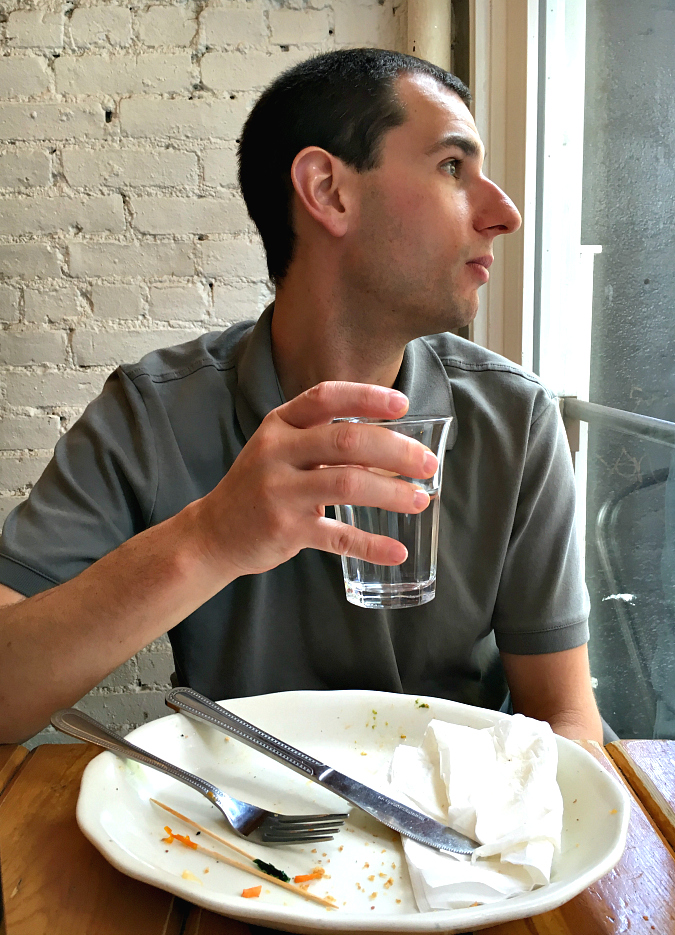 ^gazing out the window intently watching all of the delivery guys loading up the to-go orders on their bicycles.  we determined that neither of us would want to be a bike messenger or bike delivery person in nyc!^ 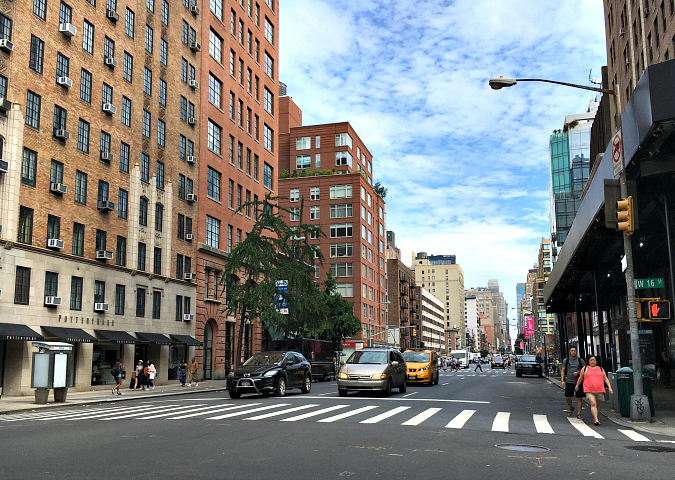 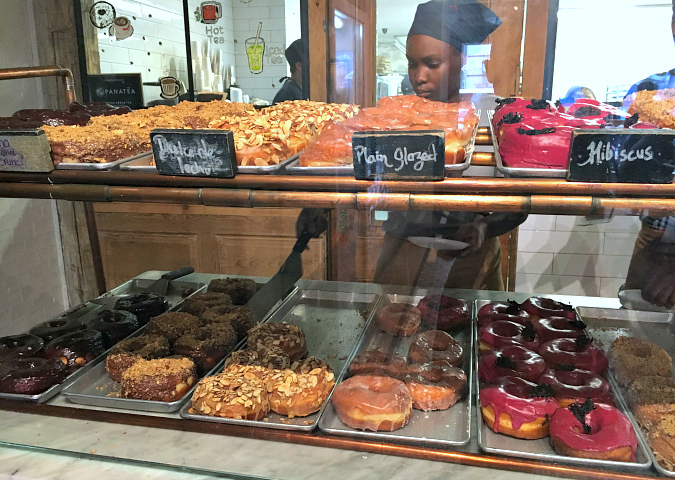 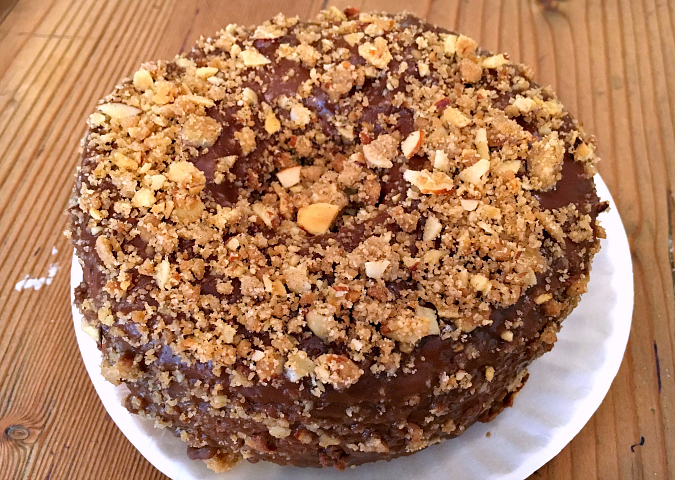 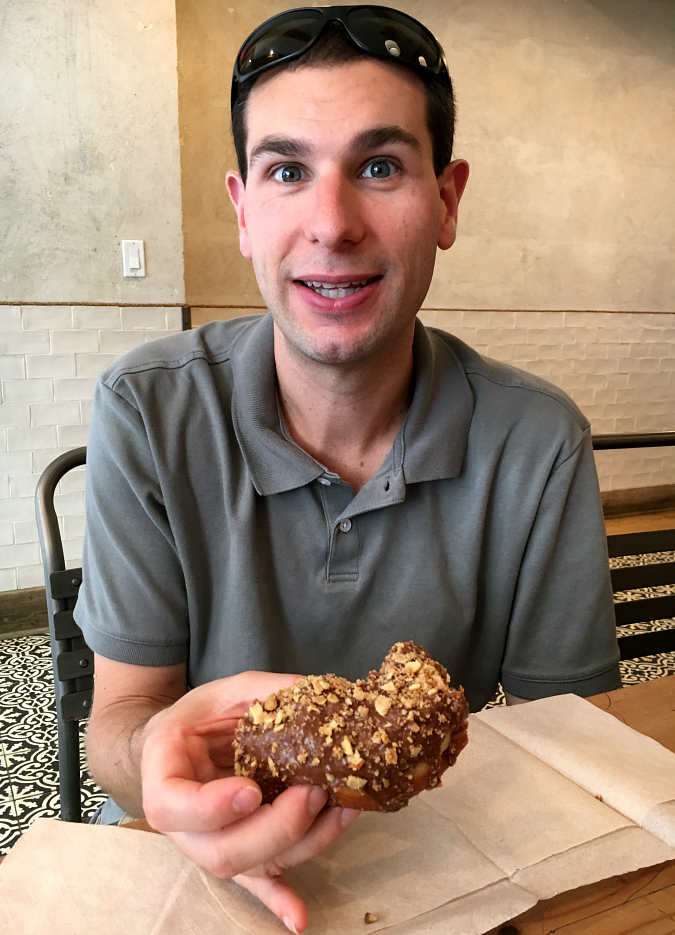 ^we split a mocha almond crunch doughnut at dough for dessert.  it was a fluffy doughnut topped with chocolate glaze with roasted coffee and sprinkled with crunchy almond streusel.  their doughnuts are so humongous, you have to share them!^ 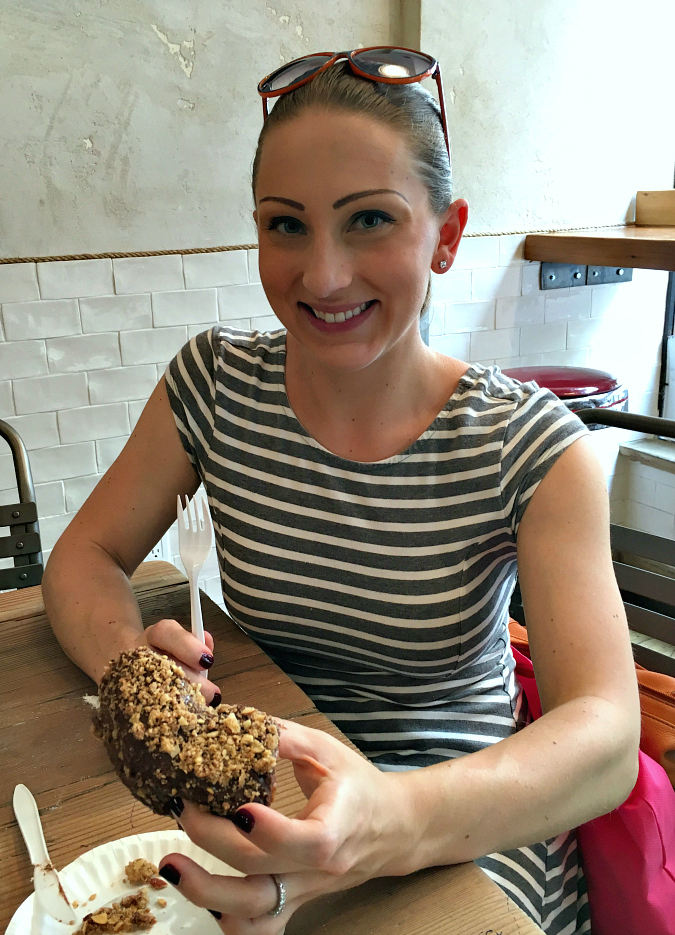 ^a fork and a knife are a must for a doughnut this big and messy!^ 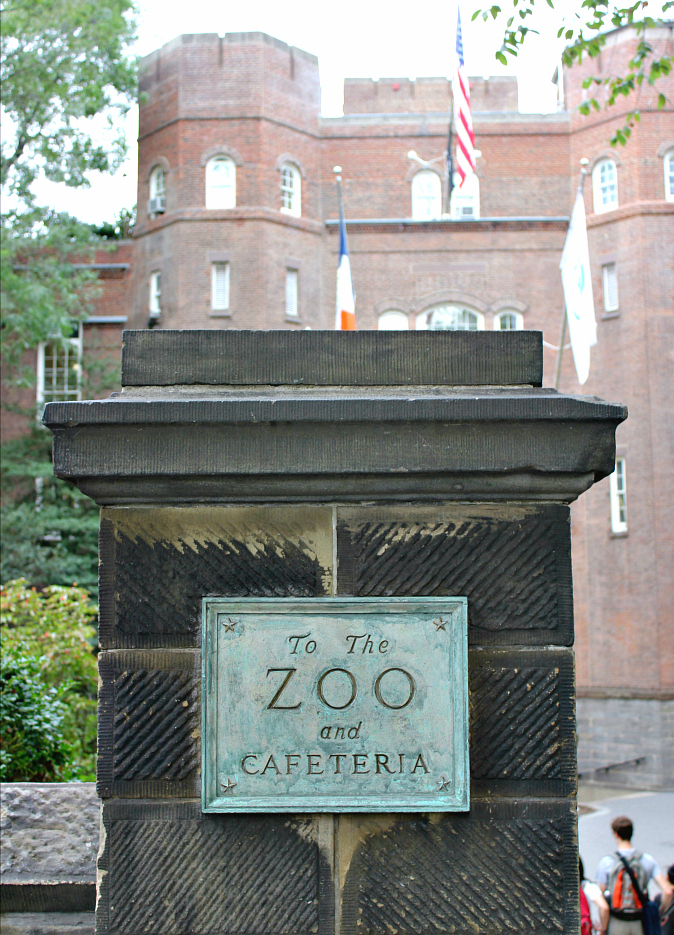 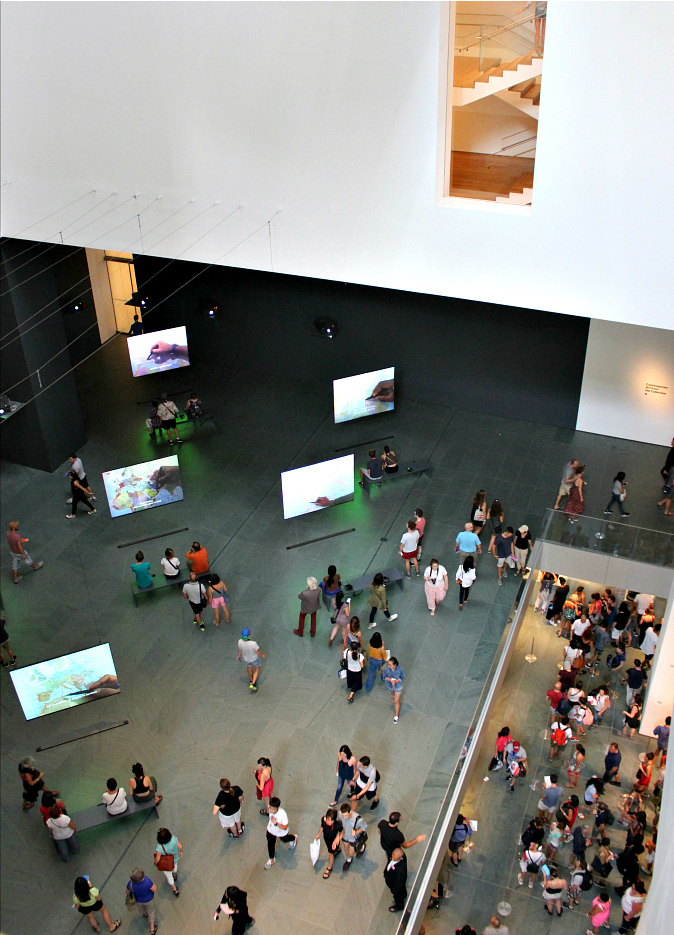 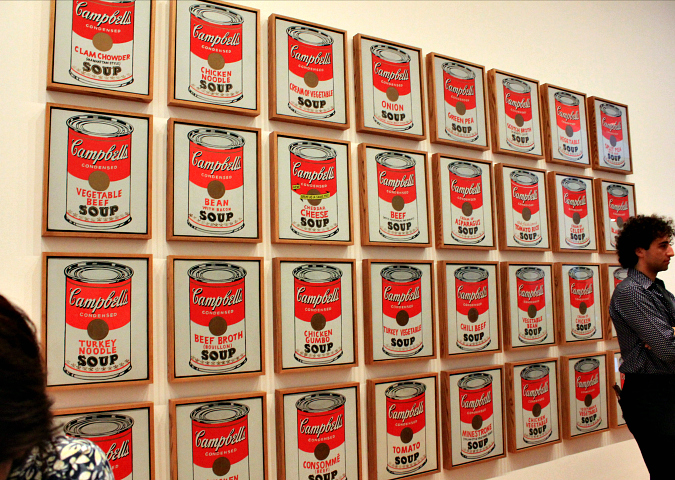 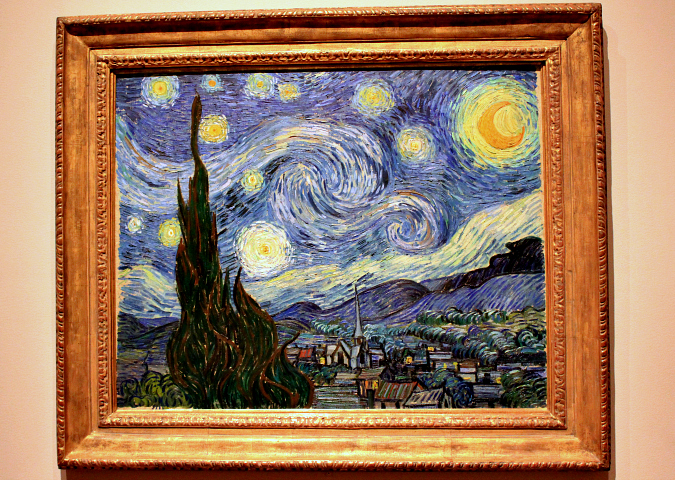 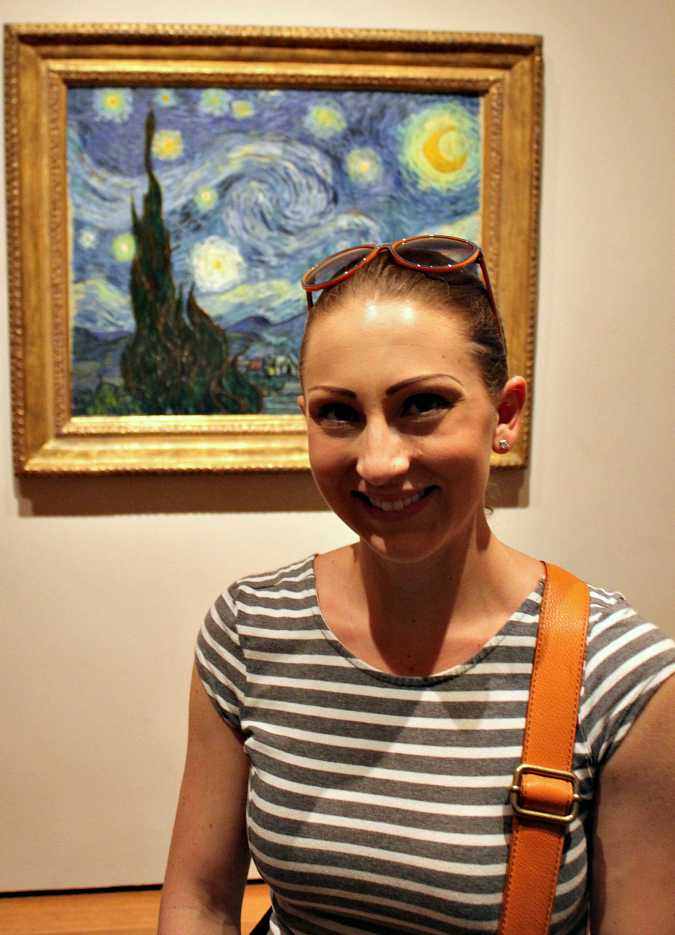 ^we visited moma two years ago when we were in nyc for our anniversary.  moma offers free admission on fridays after 4pm, and we were walking past the museum when we realized that it was right after 4pm, so we decided to pop in for a little bit to kill some time before dinner.  i'm so glad we did because the last time we were at moma i didn't get to see van gogh's "starry night" which is one of my all-time favorite paintings.^ 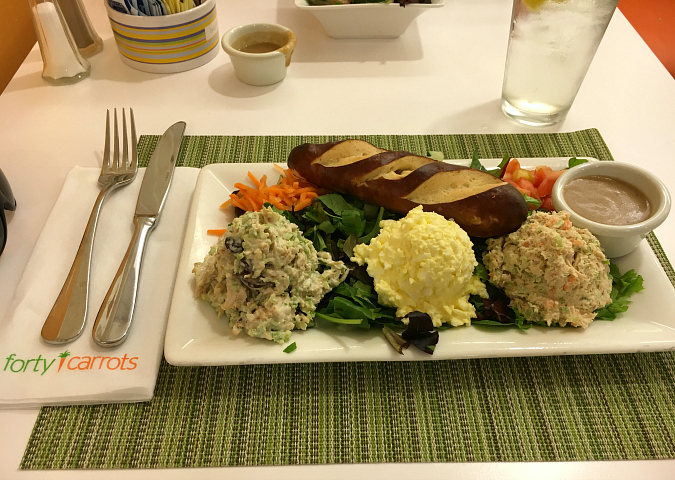 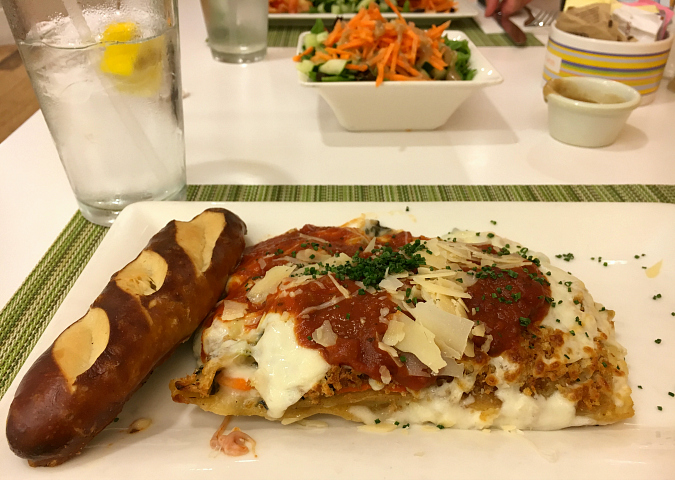 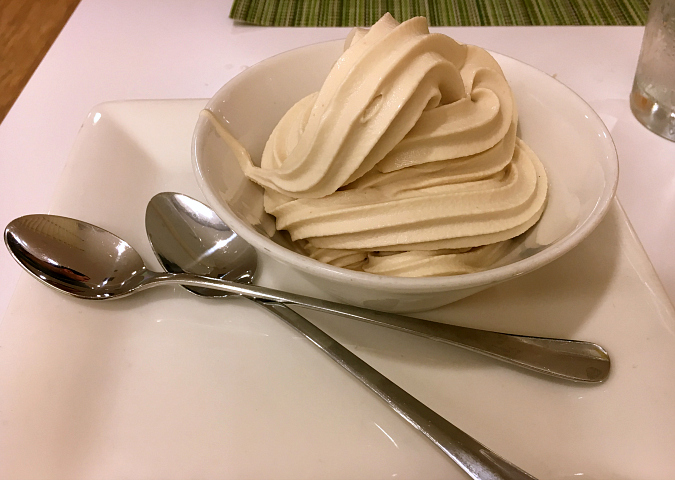 ^forty carrots is a restaurant located on the seventh floor of bloomingdales.  we would have never even known it was there if someone hadn't recommended it.  forty carrots is known for their famous frozen yogurt.  we had dinner there (ryan had a salad sampler and i had the vegetarian lasagna) and then we split the peanut butter frozen yogurt for dessert.^ 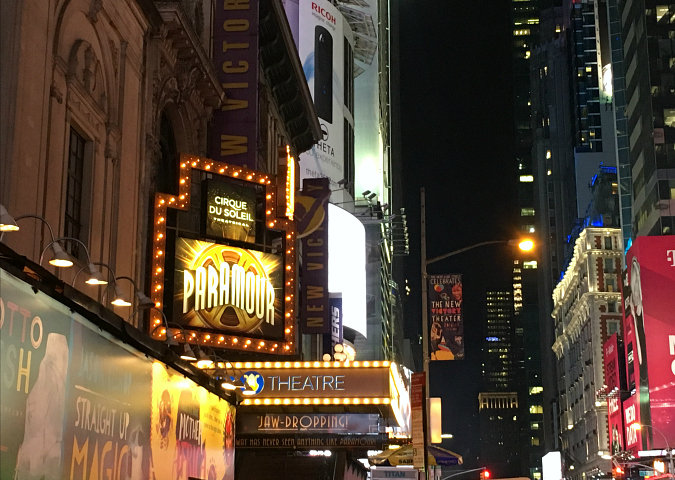 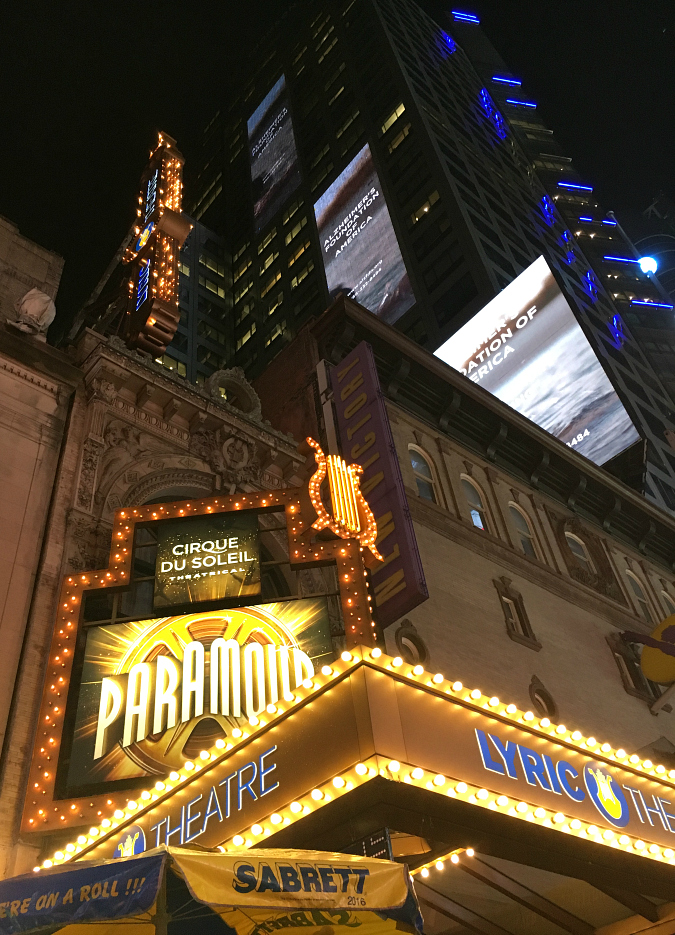 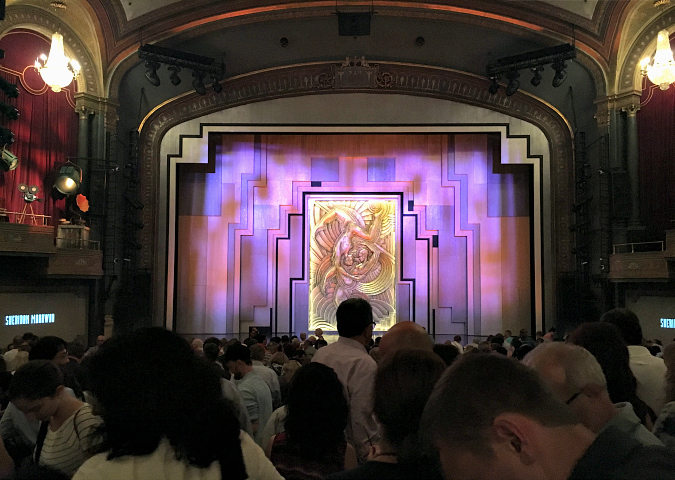 ^paramour was beyond awesome and we totally loved it!  it was absolutely jaw-dropping.  the acrobatic stunts were unlike anything that we have ever seen before.  if you are in nyc, it's a must-see for sure!  we loved all of the music from the show too, and kept singing it all weekend long.  now we need to get our hands on the soundtrack!^

What a fun day and beautiful weather. NYC is always a special treat.

You sure do cram a lot into your day when in NYC!!! I'm glad you had such a good day.