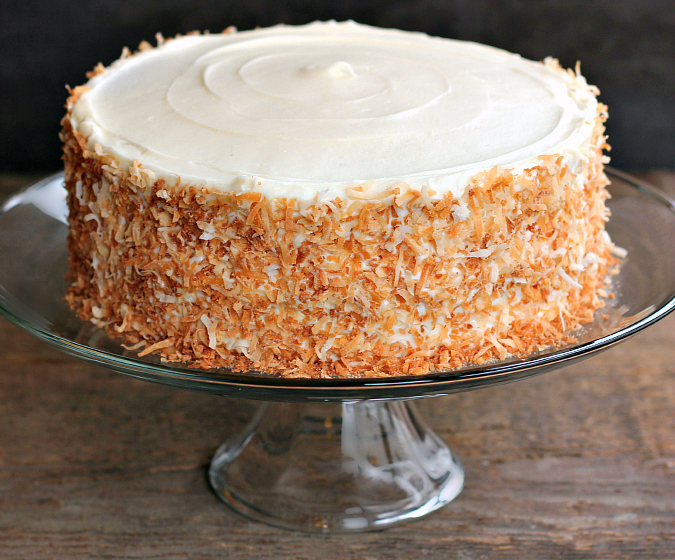 it has been three weeks since i've shared a recipe, and we are long overdue for something delicious here on the blog.  i'm sorry to have kept you waiting, but i have a special treat for you today with this great cake recipe!

for years, i have come across hummingbird cake recipes all over the place.  i've seen numerous versions of this cake online and i have recipes for it in several of my cookbooks at home.  every time i have thought about making it, i have decided not to because not everyone in our family enjoys coconut.  as it turns out, after all those years of pushing the recipe aside, there isn't even any coconut in the cake (just on the outside). 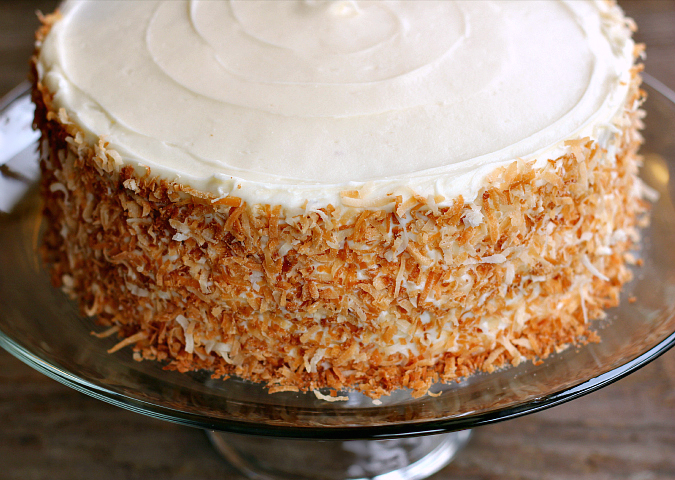 over the weekend, i was flipping through a cookbook and flipped past a recipe for hummingbird cake.  it reminded me that i still had never tried this cake, so i thought it would be the perfect recipe to make for my dad's birthday.  so, i set to it and made it for my dad's birthday dessert which we enjoyed after cleaning up all of those leaves this weekend. 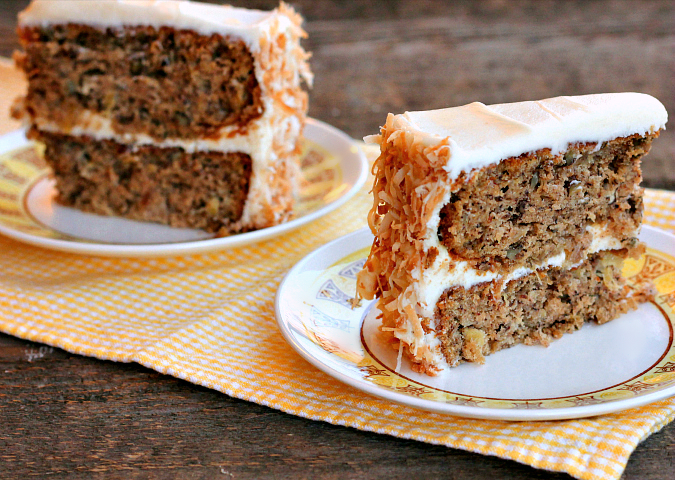 hummingbird cake is thought to have been invented in jamaica sometime in the late 1960s.  in an effort to attract tourists, the jamaican tourist board sent press kits to the united states which included a few recipes from the island (one of which was a version of this cake).

the cake became popular in the southern part of the united states and gained the nickname "the cake that doesn't last."  southern living magazine claims that it has become the most requested recipe in the magazine's history since they first ran a recipe for the cake in 1978.  (in fact, the first known publication of a hummingbird cake recipe was in the february 1978 issue of southern living magazine.) 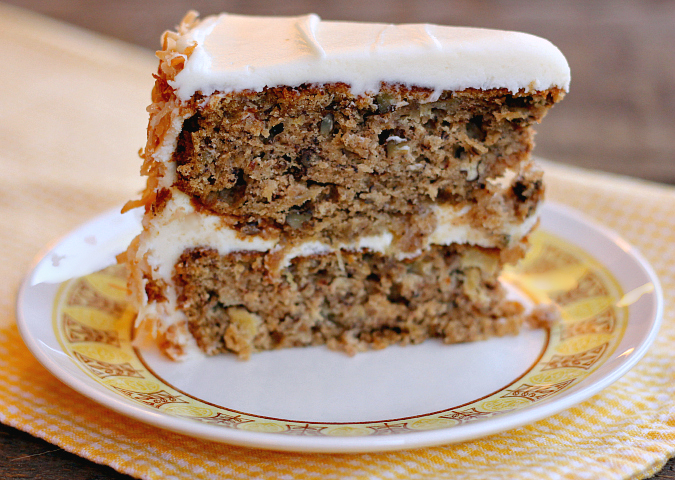 so what the heck is hummingbird cake?  i had the same question.  it's a banana cake with pineapple and pecans.  it reminds me so much of carrot cake (just minus the carrots, of course).  it's dense (in a good way) just like banana bread. and is unique since it has more fruit in it than flour. 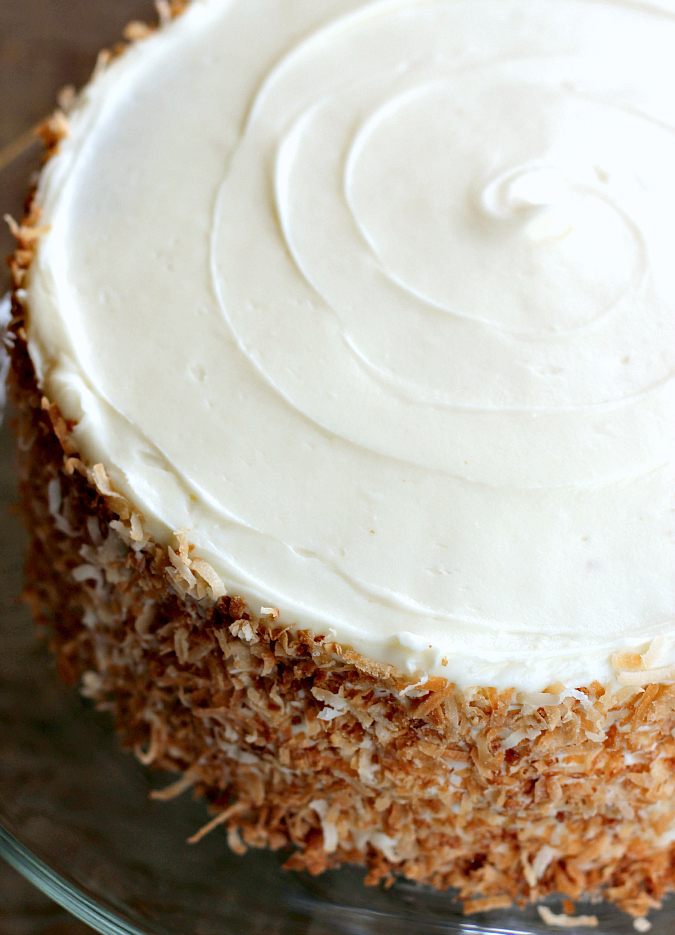 directions:
preheat your oven to 350 degrees F.  grease and flour the side of two 9-inch round baking pans and line the bottoms of the pans with parchment paper.  to make the cake: in a large bowl, sift together the flour, baking soda, cinnamon, nutmeg.  toss the chopped pineapple with 1/4 cup of flour and set aside.  in the bowl of an electric stand mixer fitted with a paddle attachment, beat together the sugars and eggs until pale and fluffy (about 3-4 minutes).  mix in the oil and vanilla.  add 1/2 of the flour mixture and mix just until combined.  mix in the mashed bananas, then mix in the remaining flour mixture.  fold in the pineapple and the pecans.  evenly divide the batter between the prepared pans.  bake for 45-50 minutes, until a toothpick inserted into the cake comes out clean.  once baked, allow the cakes to cool in the pans for 10 minutes before removing the cakes form the pans and allowing them to cool completely on a wire cooling rack.

to make the frosting: in a stand mixer fitted with a whisk attachment, combine the cream cheese, butter, vanilla, and 1 cup of the powdered sugar.  mix to combine.  gradually add the remaining powered sugar to achieve desired consistency and thickness.  spread the frosting over one layer of the cooled cake, place the second layer on top and spread the remaining frosting over the entire cake.  decorate with toasted coconut. 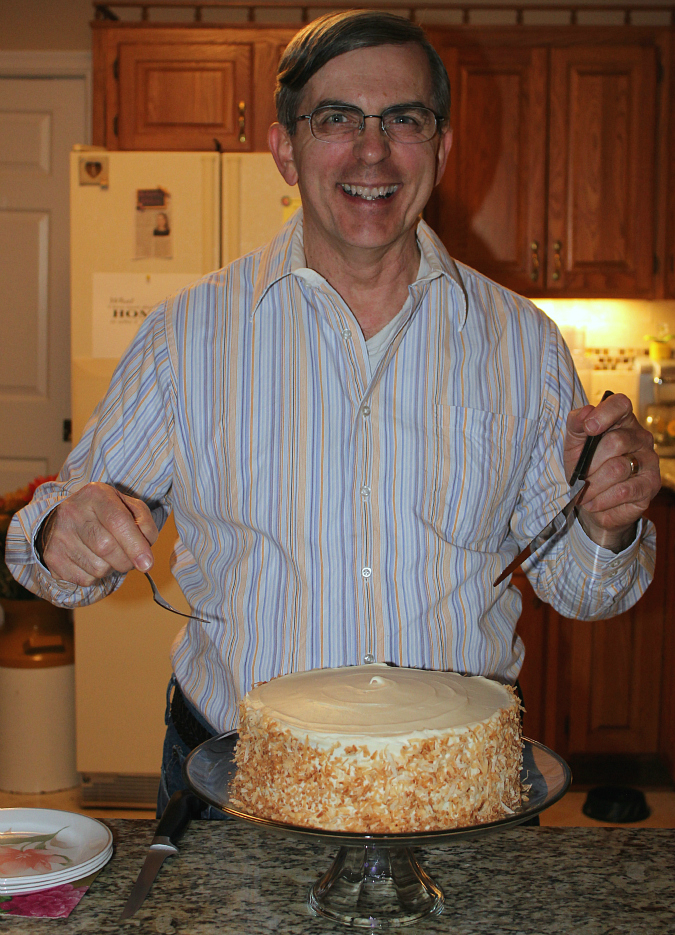 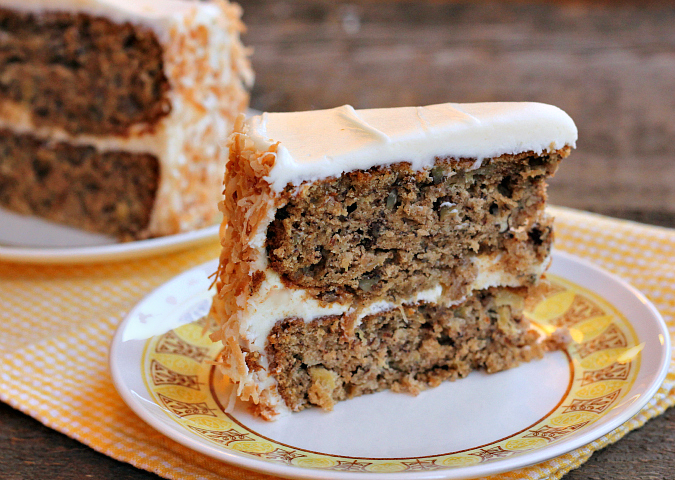 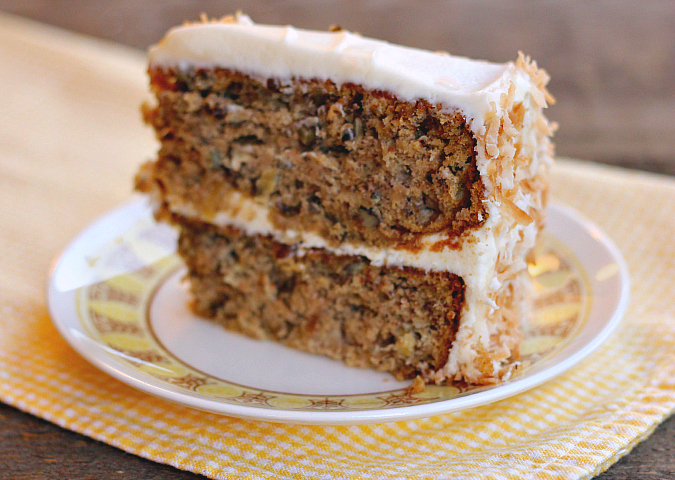 That cake was good. I have never had it before so I am glad you made it.

It sounds delicious, and it looks so pretty!