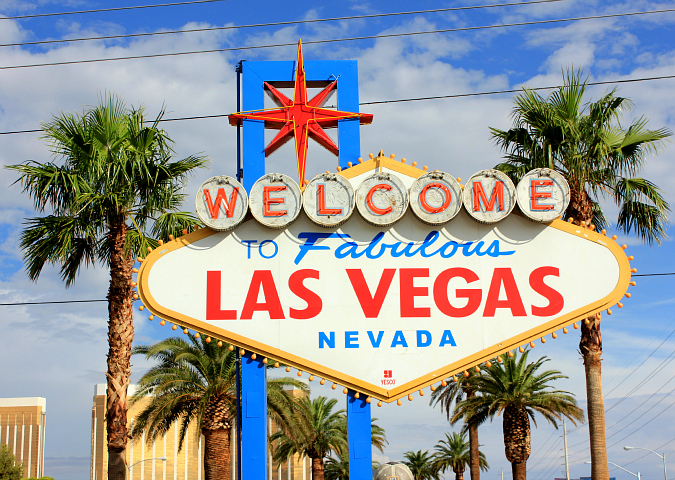 for a while now, ryan and i have been talking about taking a trip to las vegas.  so, i was really excited when i found out that i had to attend a conference for work that was going to be held in las vegas!  the last time i was in las vegas was 12 years ago.  ryan has never been there, so it was great that he was able to join me for the trip.

we spent the last week in las vegas and we had a great time.  since the conference was held at the paris hotel, that is where we stayed while we were there.  we used every ounce of free time that i had between conference workshops and sessions to get out and explore the iconic las vegas strip as much as we could.

of course we took an insane amount of photos while we where there.  it's always so hard to narrow them down, so get ready for a bunch of vegas photos this week! 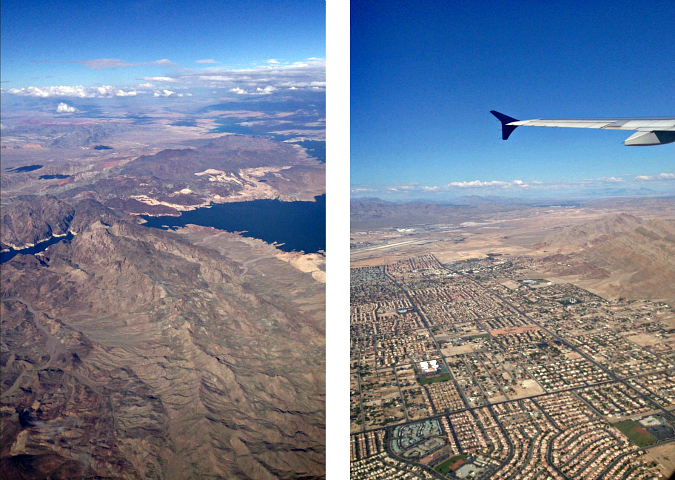 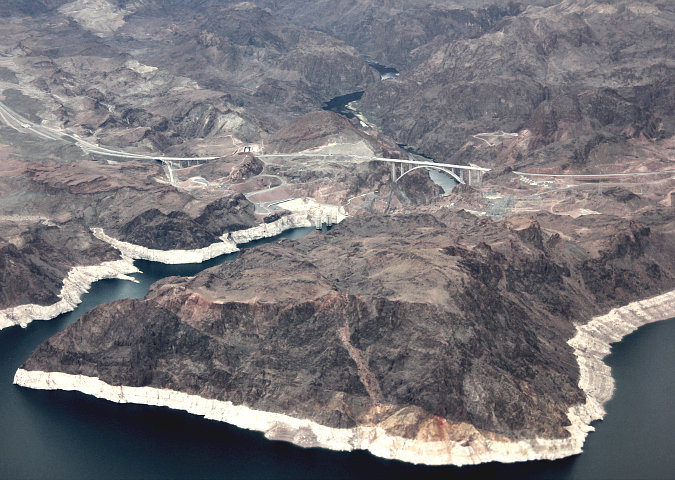 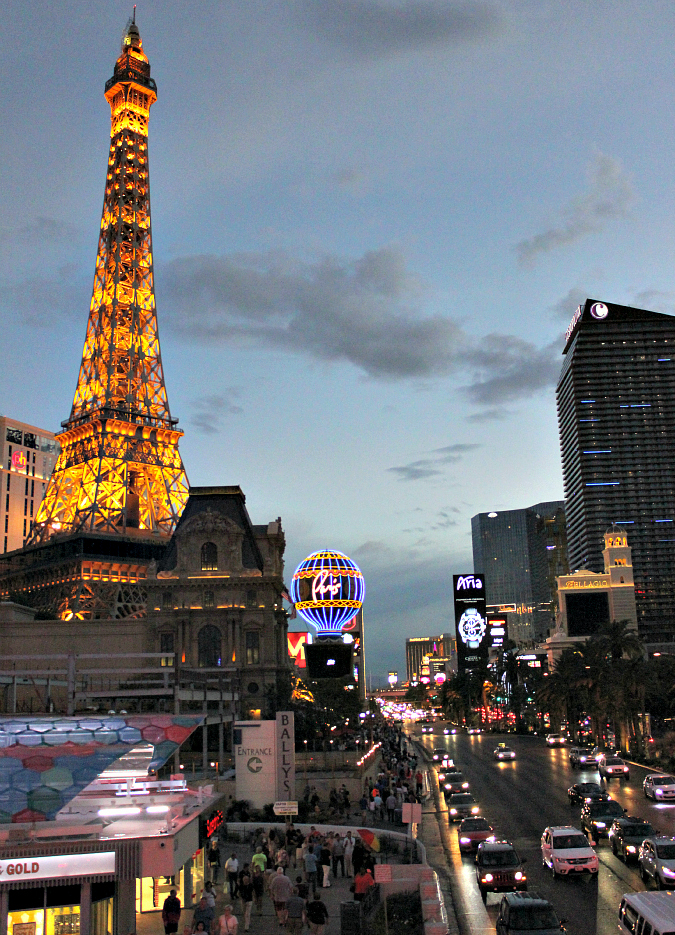 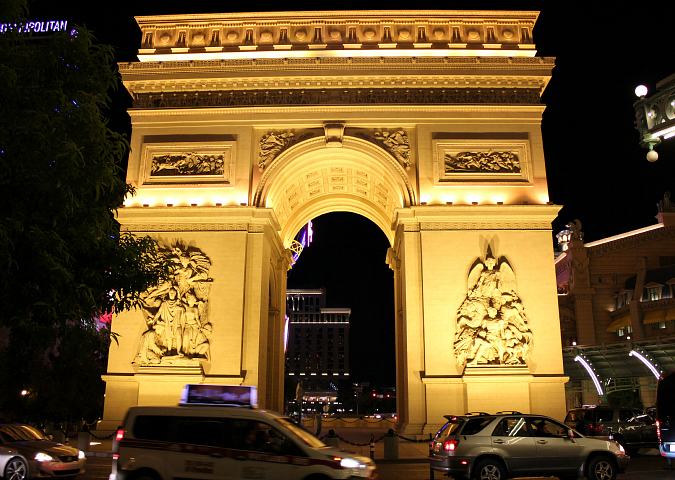 ^we stayed at the paris hotel since the conference was held there.  oh my goodness, the hotel is really incredible.  they have a replica of the eiffel tower, the arc de triomphe, and the montgolfier balloon.  while we were there, we got to go all the way up to the top of the eiffel tower!  (i'll share more on that experience later.)  the front of the hotel is modeled after both the paris opera house and the louvre.  if you can't get to paris, france, then paris in vegas really is the next best thing!^ 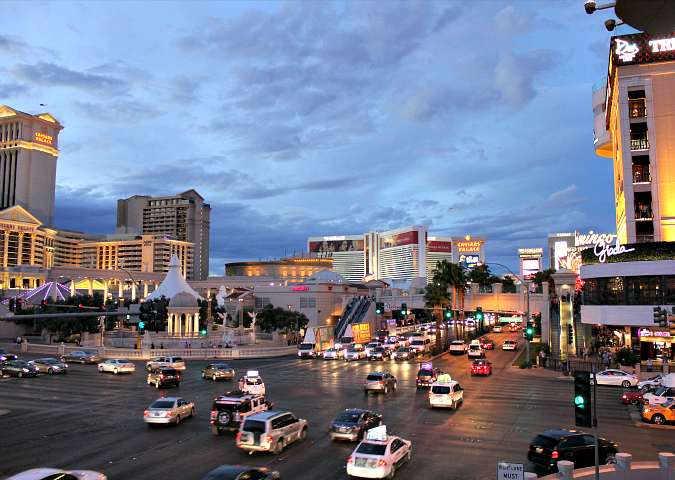 ^crossing the street in las vegas is no easy task.  in most places, there are between 6-7 lanes of traffic going each direction!  that means you need to cross over a dozen lanes of traffic just to get to the other side of the strip!  luckily, there are bridges in many areas to help pedestrians get to the other side over the traffic, but those few intersections where you have to cross on the actual street are nerve wracking (especially if you have short legs like me)!^ 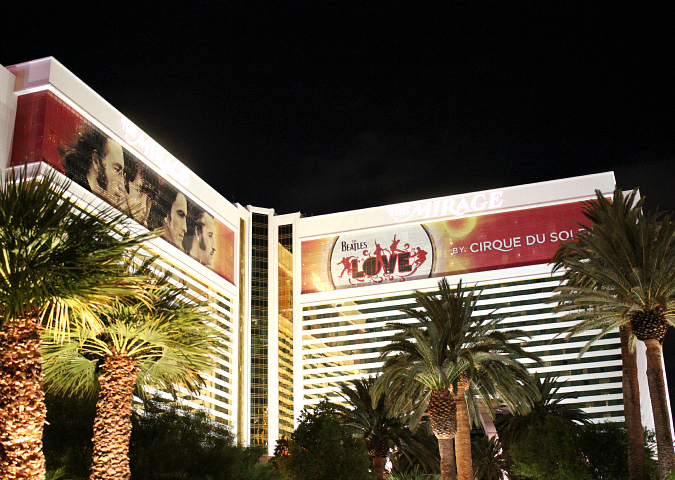 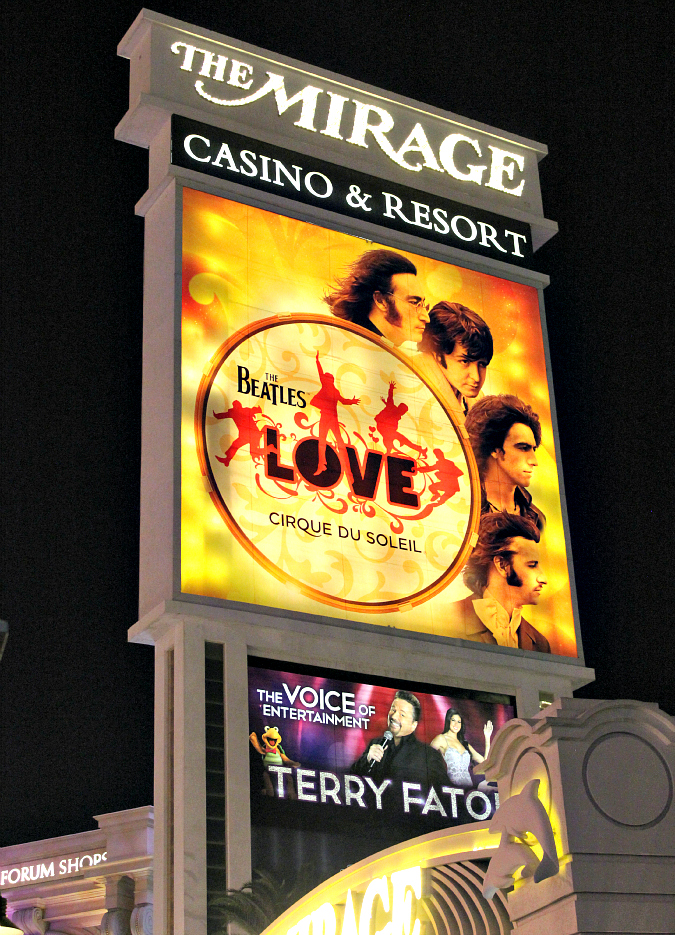 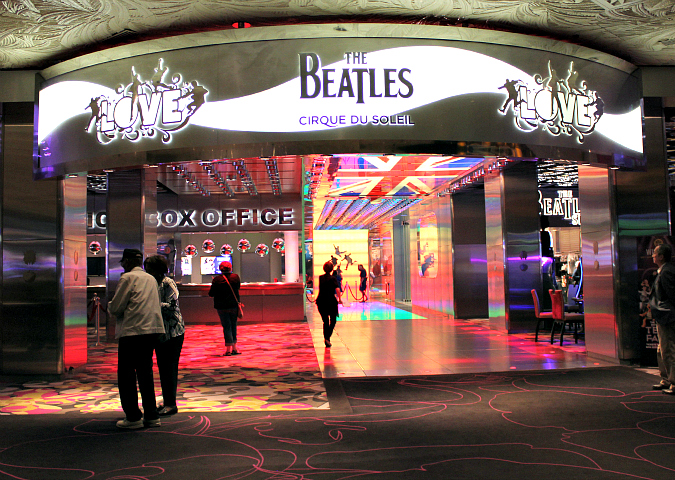 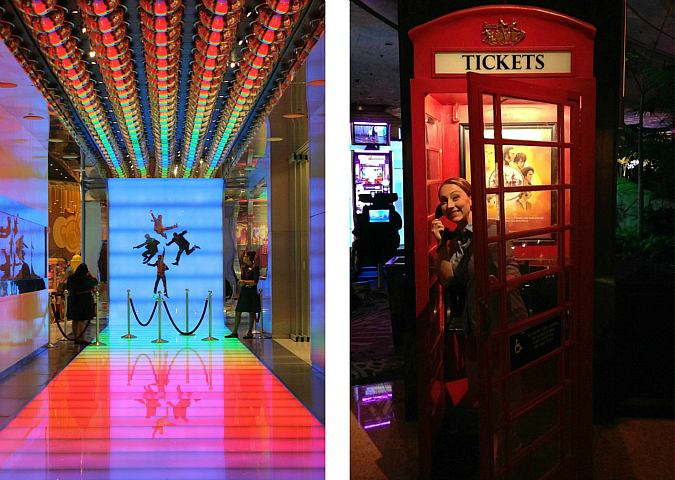 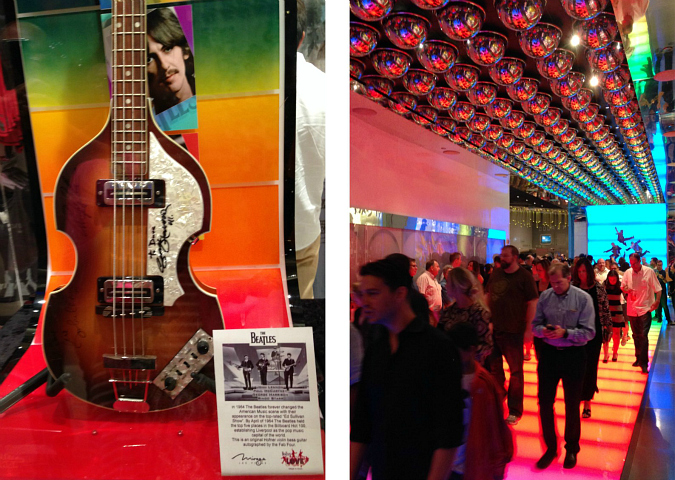 ^the mirage hotel is home to cirque du soleil's beatles love show.  i have been wanting to see this show since it came out in 2006.  i bought the soundtrack as soon as it was released, and it is one of my favorite soundtracks ever.  after 9 long years of waiting, i was elated that we finally got a chance to see the show.  it was well worth the wait because it was so good!  the acrobatics were mesmorizing and now i think i want to take up trapeze in my free time!^ 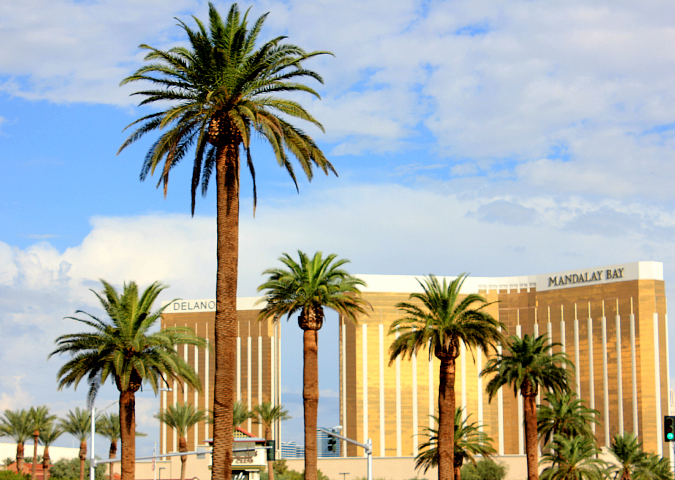 ^the weather was dreary and rainy for the first three days that we were in vegas.  (of course, that's our luck to go to the middle of the desert where it only rains three days each year on the three days it decides to rain!)  we didn't mind though, because it eventually cleared and gave way to beautiful blue skies and sunshine.  palm trees in october?  yes, please!  i can't complain about that.^ 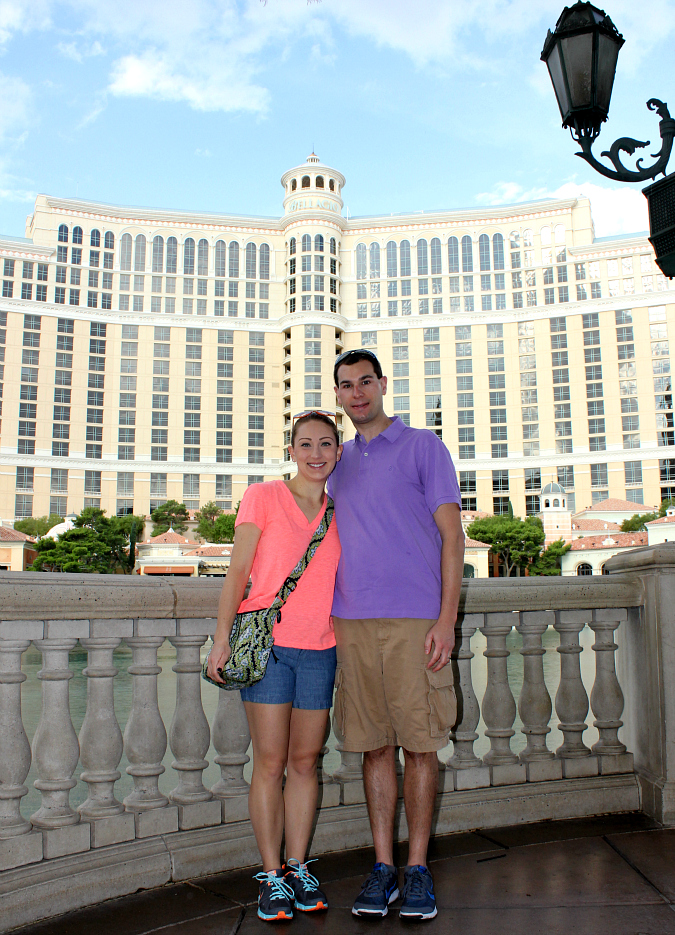 ^the bellagio hotel is iconic for a reason.  it is absolutely gorgeous and breathtaking, and their fountains really are something else!^ 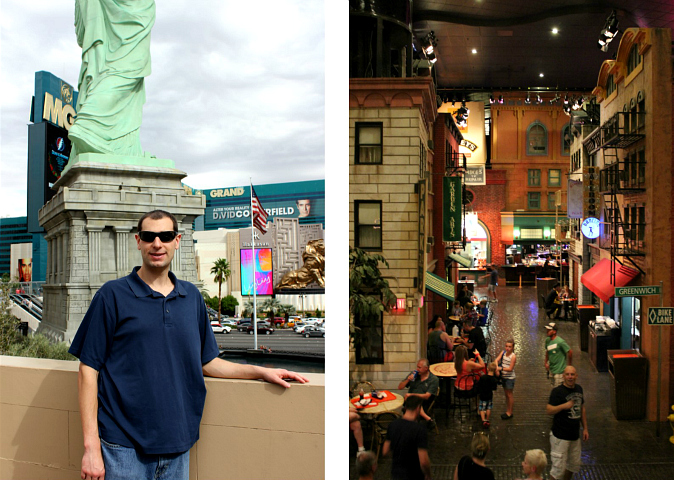 ^we felt right at home in the new york, new york hotel.  there is a statue of liberty outside as well as a roller coaster that is themed like a runaway taxi cab.  the inside is decorated like little nyc neighborhoods.^ 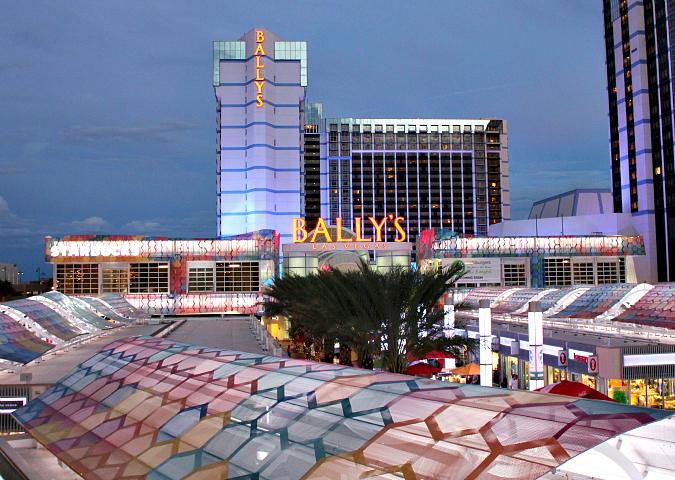 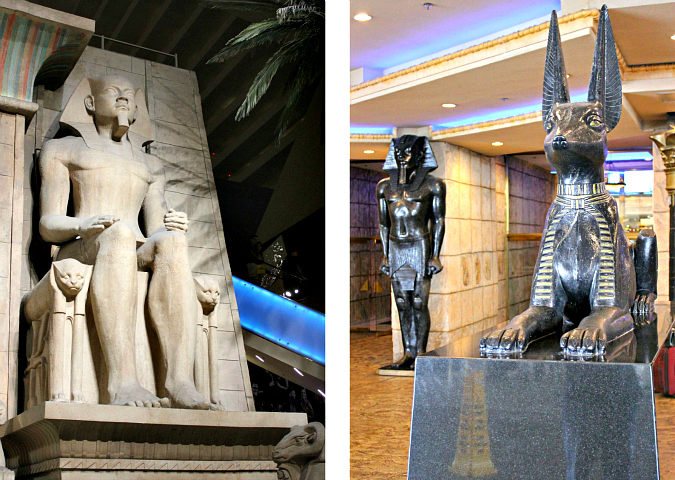 ^i didn't even realize until i got home that i never took a picture of the outside of the luxor hotel.  the hotel is shaped like an egyptian pyramid and there is a gigantic sphynx outside.  i did manage to snap a few pictures inside though.^ 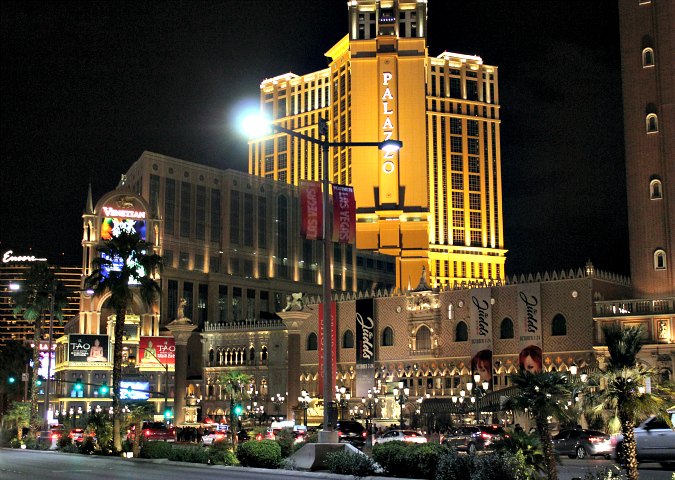 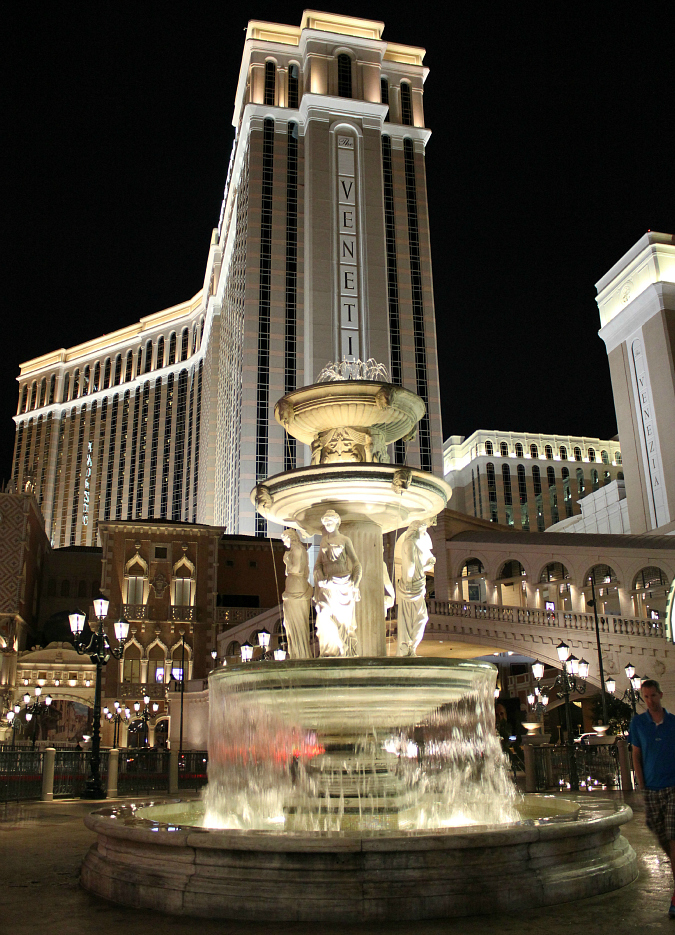 ^like it's name suggests, the venetian is themed after venice, italy.  just like canals run through the city of venice, they have canals running through the hotel complete with gondolas steered by italian-singing gondoliers.  i remember taking a gondola ride at the venetian hotel when i was in vegas with my family 12 years ago.  we enjoyed standing on the bridge and listening to them sing.^ 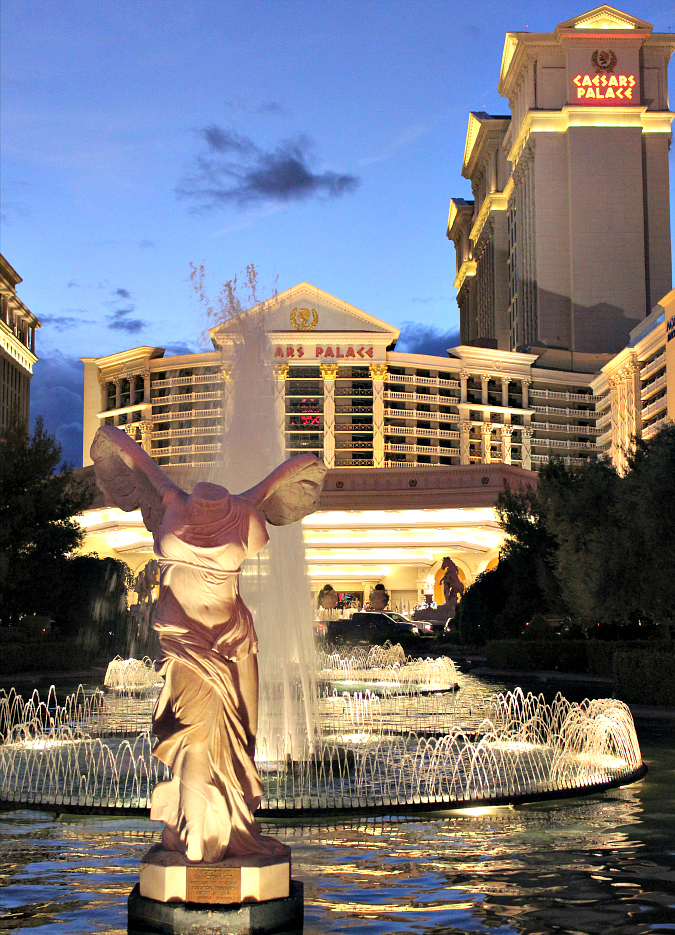 ^caesars palace is also italian themed and is incredible as well.^ 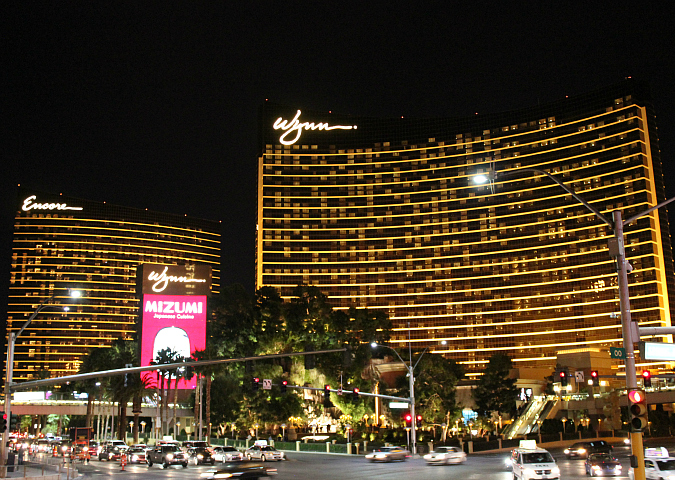 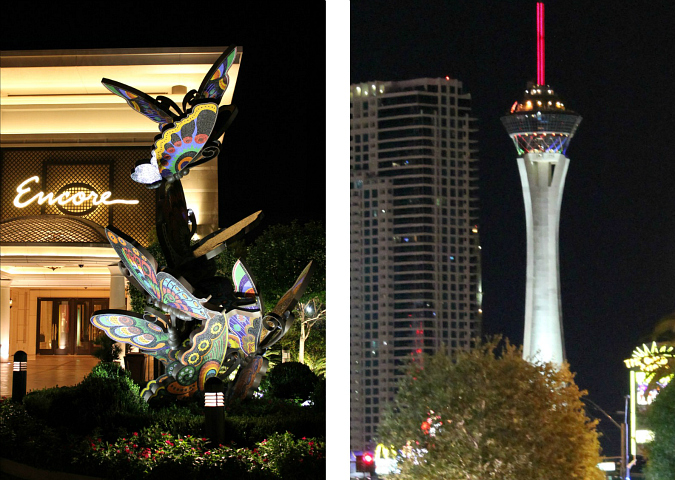 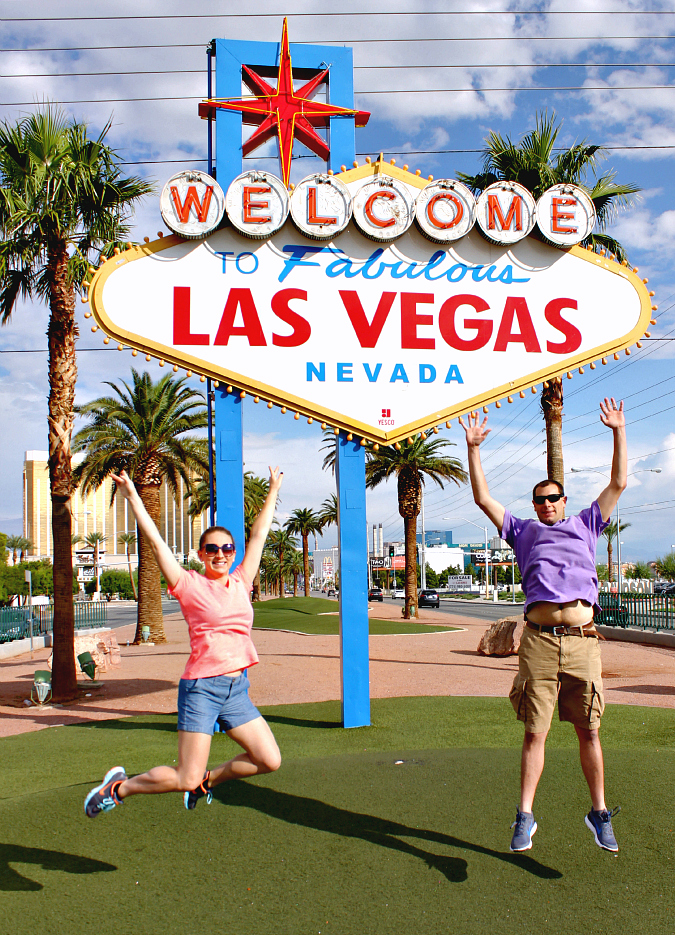 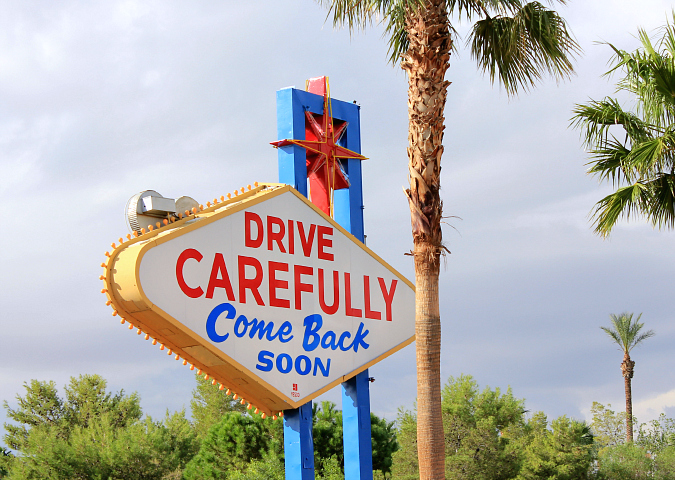 Wow! Looks like you had beautiful weather for the flight. I feel like I am there, the pictures are beautiful. Great pose jumping in the air. I like the sculpture of the butterflies at Encore. I would love to see that place.

The photos are all beautiful! I would have trouble picking out a favorite. I know I will never get there in person so it is fun to see what the buildings look like. I'm glad the weather cleared up so you could enjoy all of the sights.