a walk down memory lane 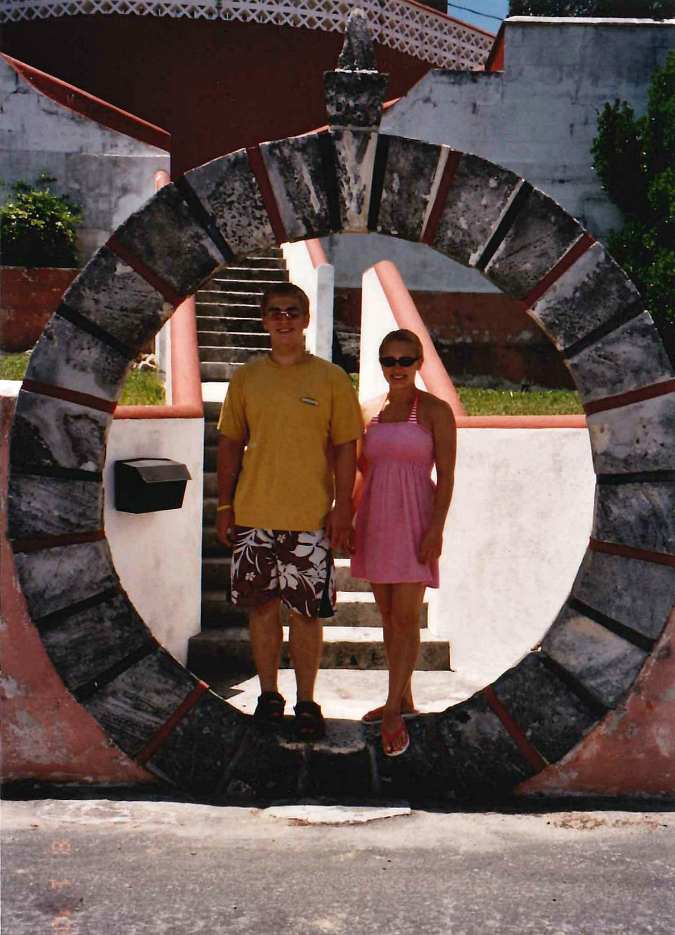 ryan and i had such a great time on our cruise to bermuda two weeks ago.  it was neat to be back in bermuda and to experience the island with ryan since i cruised to bermuda with my family on vacation 10 years ago.

i was flipping through some old photos the other day and found pictures of my brother and me in bermuda during our cruise vacation in 2005.  it was such a nice walk down memory lane to look at these photos, and it was fun to compare them to the photos that ryan and i just took in bermuda. 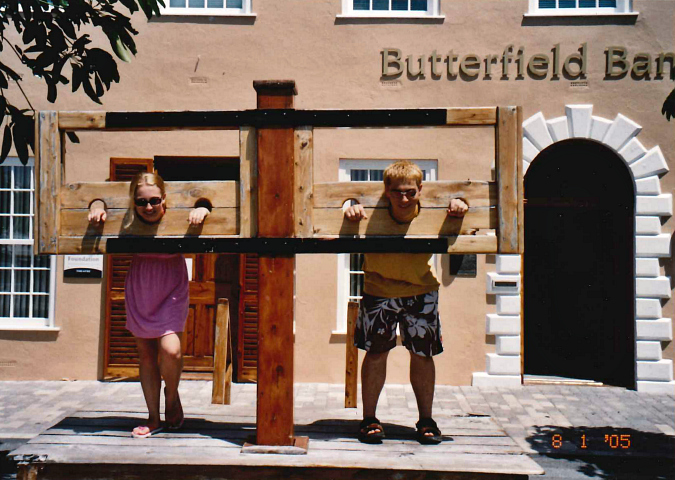 ^my dad took a picture of my brother and me in the stocks in the town square in st. george's.  ryan and i took similar photos in the exact same place when we were just in bermuda.^ 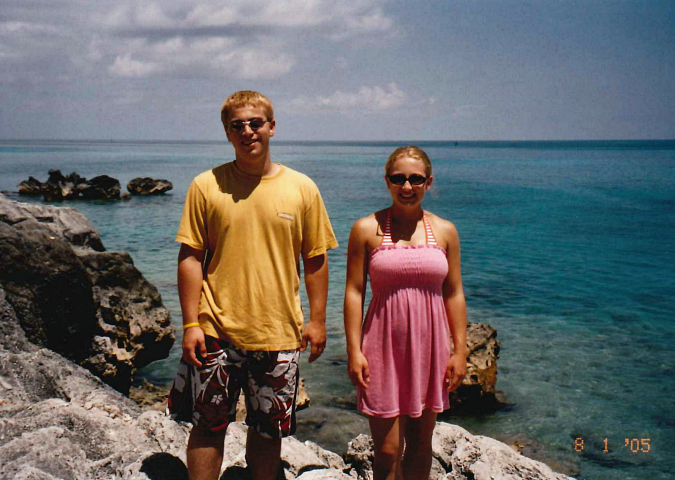 ^my family took a horse-and-carriage ride around bermuda and we got out of the carriage near a lookout point in order to admire the limestone rocks along the coastline.  this old picture reminds me of this picture that ryan and i just took on the limestone rocks at horseshoe bay beach.^ 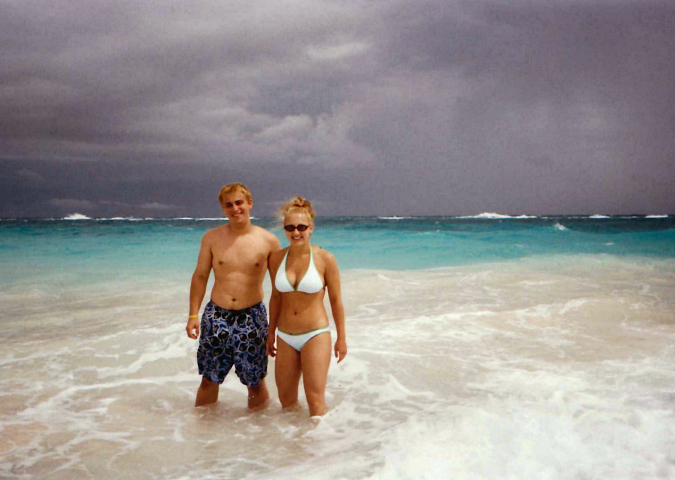 ^i remember that it was so cold and a storm was rolling in on the day we took this picture, but we were determined to get in the water and swim.  it was really cold and overcast when ryan and i were in bermuda too.  luckily the weather cleared up for a little while when we took this picture at the beach.^ 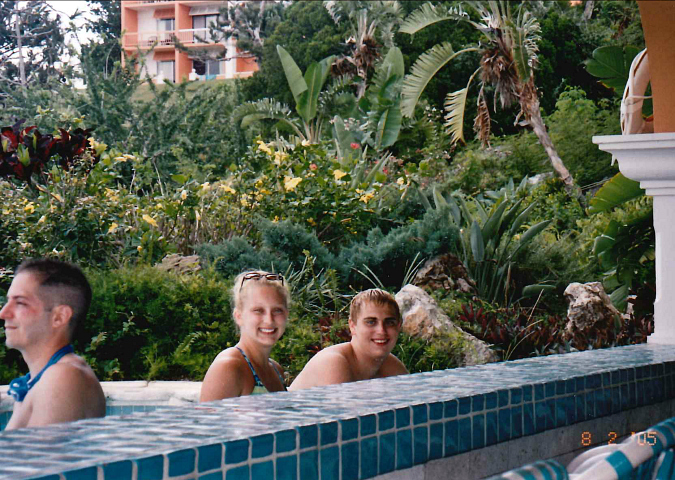 ^while we were in bermuda, we visited the grotto bay resort.  there was a swim-up bar/grill in the pool and we thought that was the coolest thing.^ 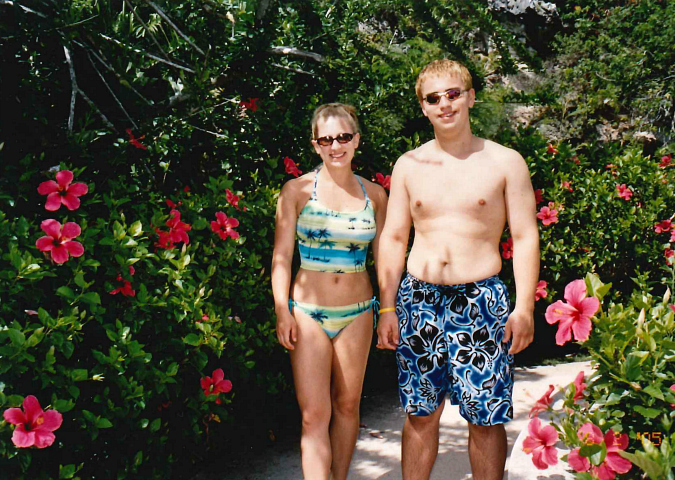 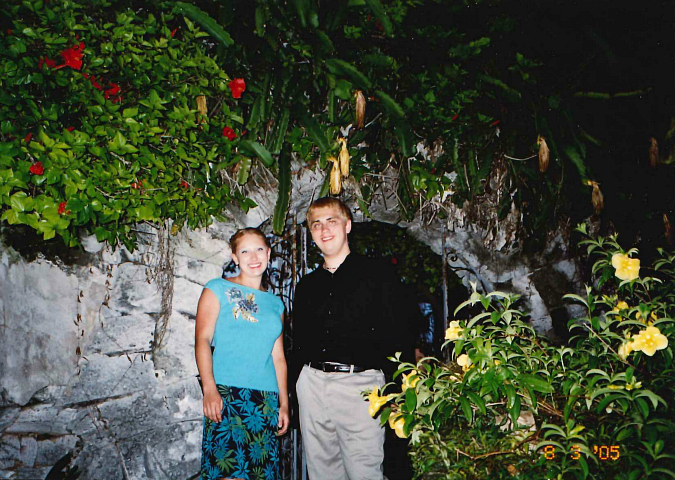 ^my family got off our cruise ship one night after dinner while we were docked in hamilton to walk around the town.  we visited victoria park and took at picture in front of the moongate at the edge of the park.  when ryan and i were in hamilton we also went to victoria park and took a picture in front of the exact same moongate.^


it's so fun to look back at old photos.  going through these photos made me realize that i should really start scanning some of our old photos that we took before we had digital cameras.  that would be a good summer project, but there are so many photos that it would probably take me years to scan them all!

Wow! Thanks you Laurie. It was so good to see you and Jeff in these photos again. I can't believe that it has been 10 years since we visited Bermuda as a family. I remember all of us having such a wonderful time. They brought tears to my eyes. It was almost like you and Ryan were walking in the same steps again.
I to keep saying that I have to do something with the many boxes of photos to preserve them.
Beautiful pictures and priceless memories. Do you have the photo os us in the hot tub at Grotto Bay?