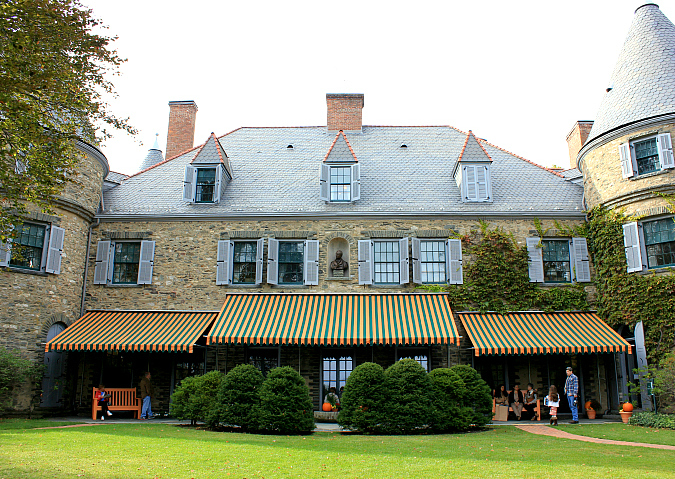 over the weekend, we took a trip to the town of milford to tour grey towers.  i have been to grey towers several times when i was younger, but it has been years since i was there last.  ryan has been wanting to see it, so we took trip up there with my mom on saturday.

grey towers was the home of gifford pinchot who was america's first forester, founder of the usda forest service, and served as governor of pennsylvania.  it was built in 1886 by gifford's parents as a summer retreat.  the 20,000 square foot L-shaped mansion has 3 floors, 19 bedrooms, and 23 fireplaces.  it cost $44,000 to build in the mid 1880s, and it sits on just over 100 acres of land.  the estate is now a national historic site.

we toured the mansion and the grounds.  everything was beautifully decorated for fall.  even though it was a cool overcast fall day, we had a nice time visiting grey towers. 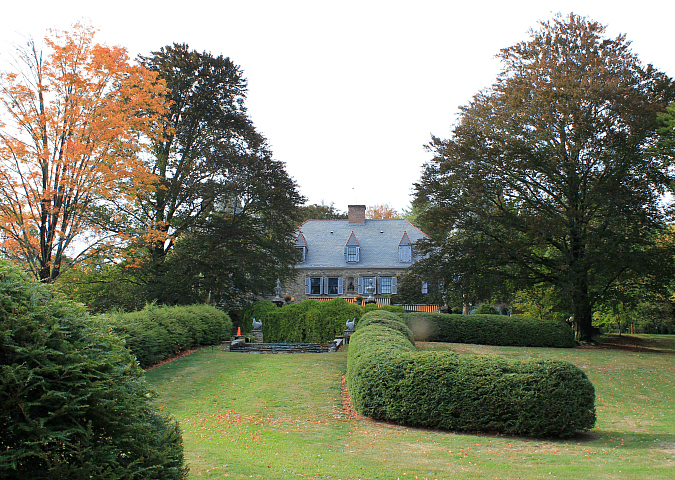 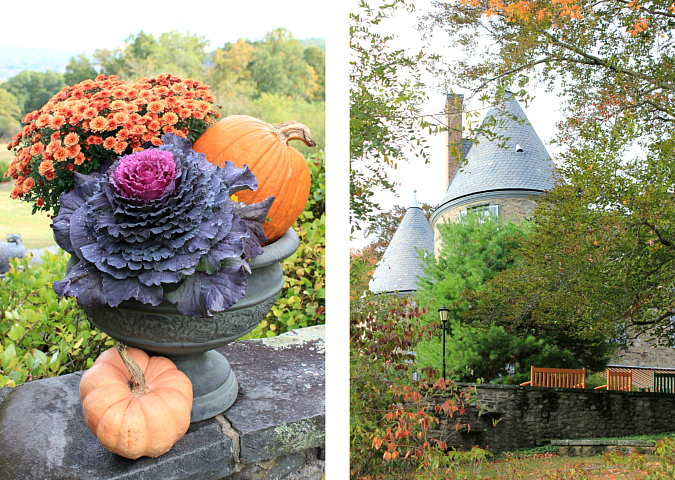 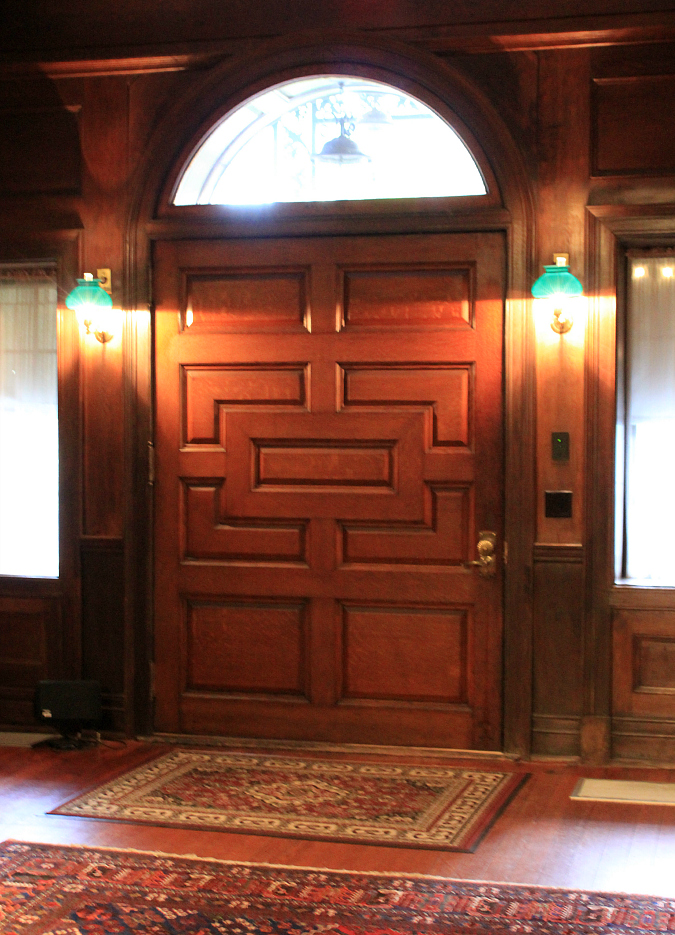 ^the widest front door i have ever seen^ 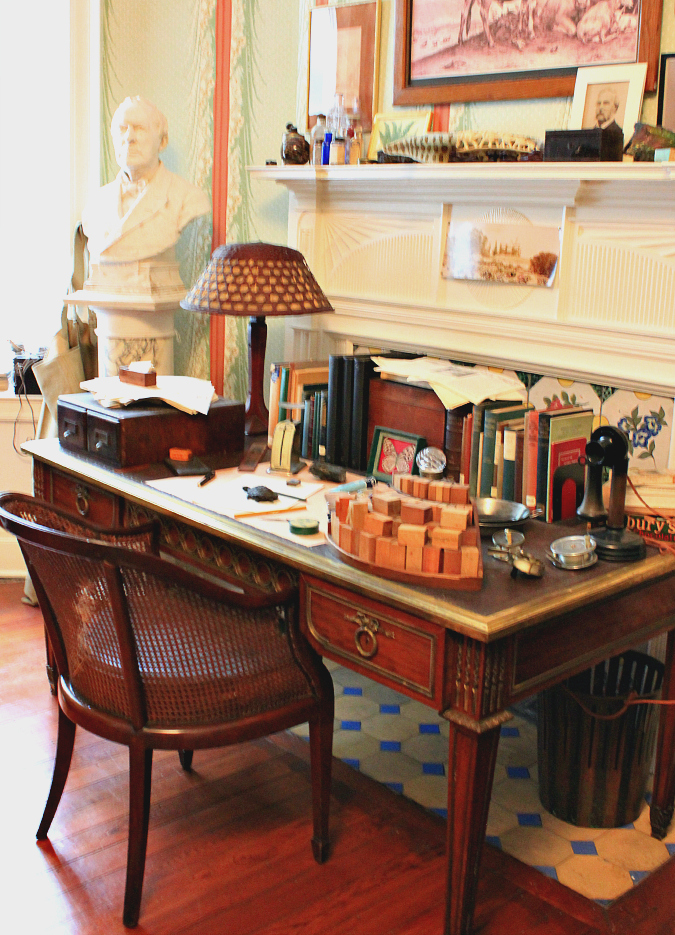 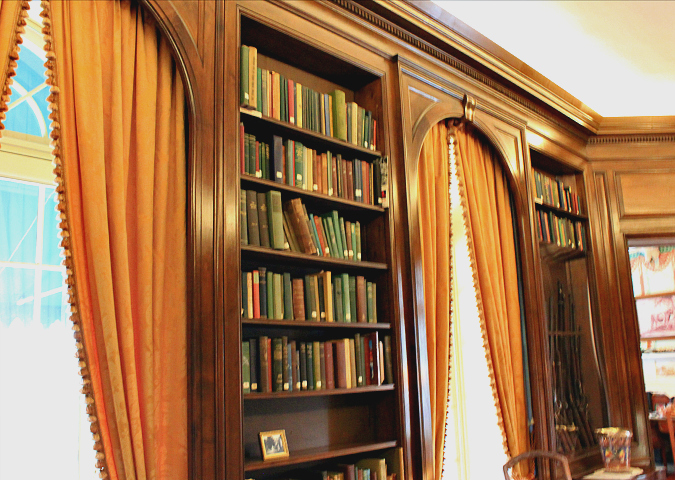 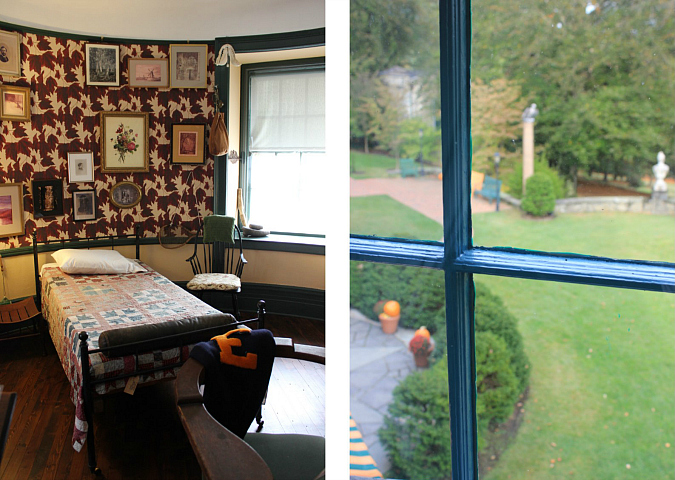 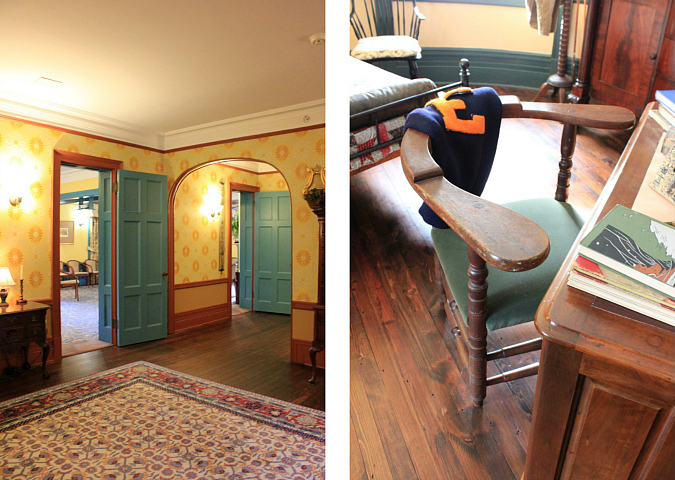 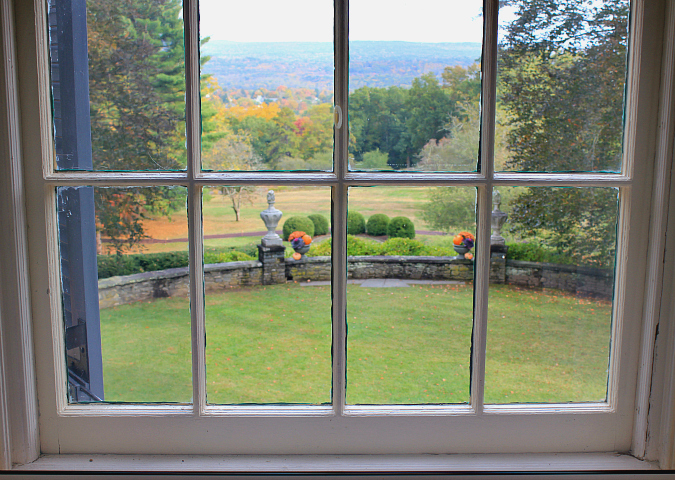 ^looking out a window to the yard below.  such a beautiful view!^ 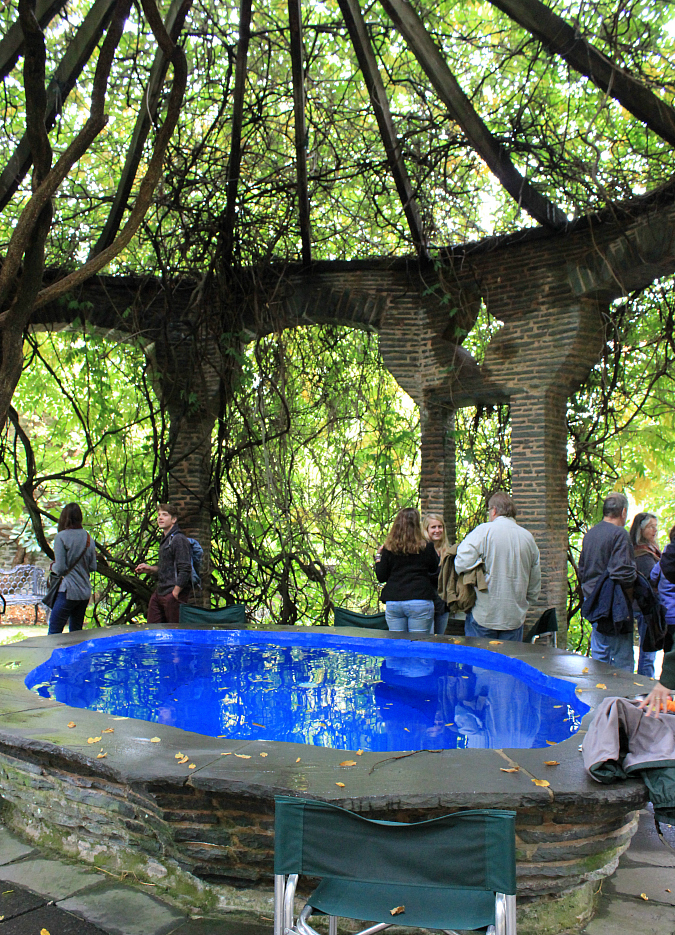 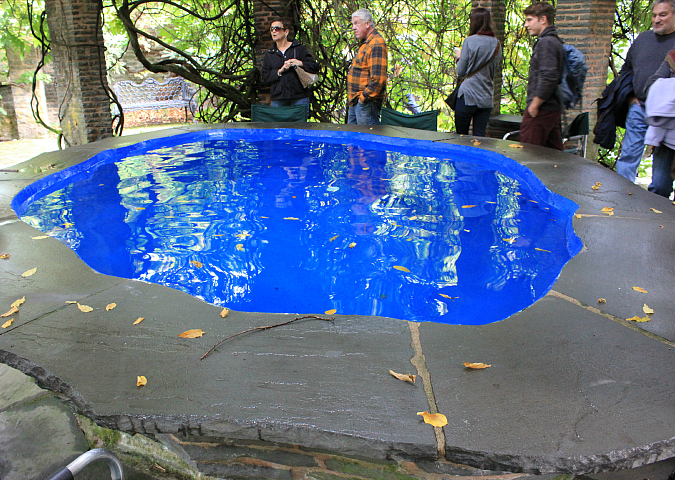 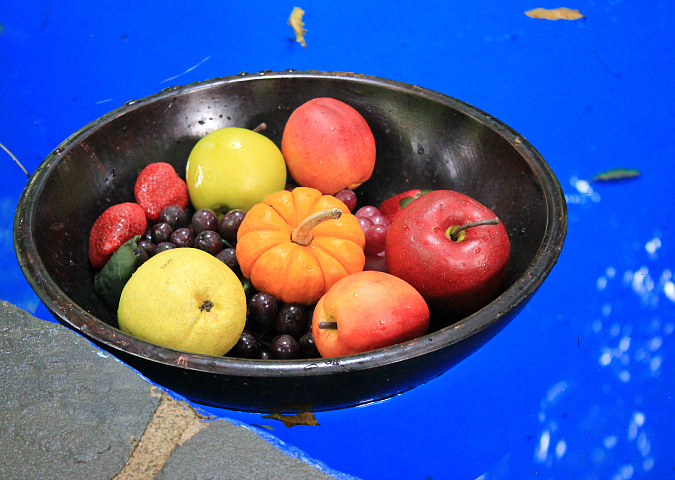 ^the pinchot family had an outdoor dining table that was filled with water which they referred to as the finger bowl.  there was a rule that no one was allowed to pass food to each other side-to-side.  instead, they floated the food in wooden bowls across the water to each other.  during one meal, a twenty-five pound turkey sunk to the bottom because it was too heavy for the bowl it was in . . . the water is five feet deep!^ 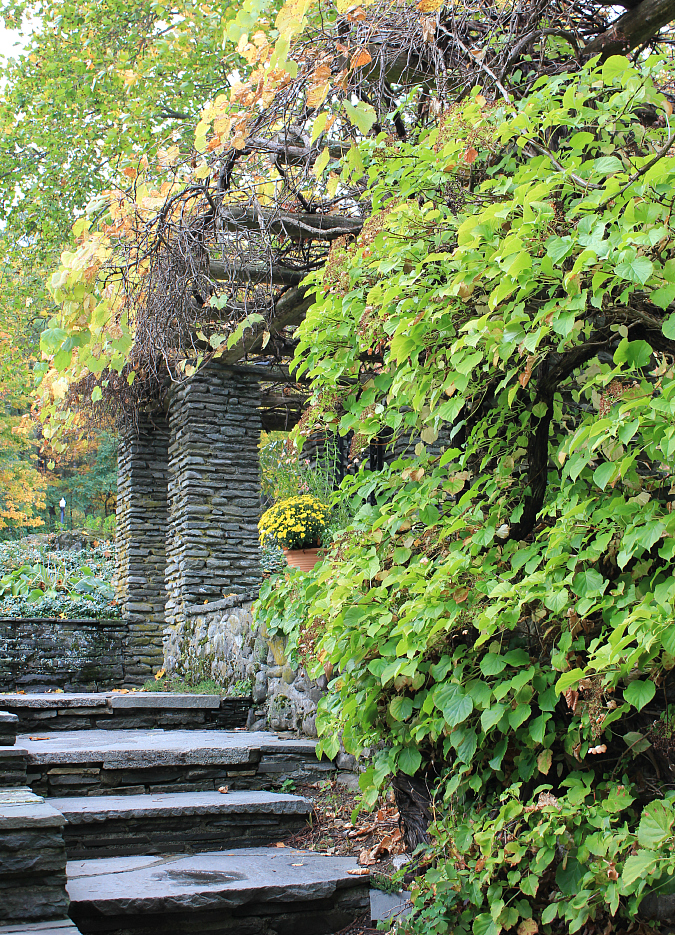 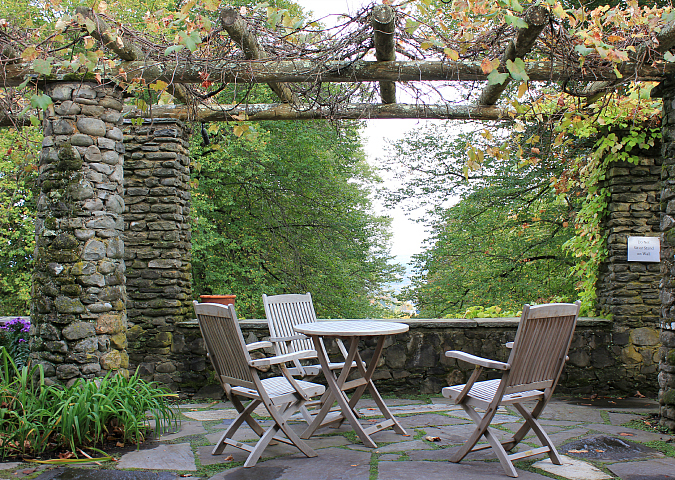 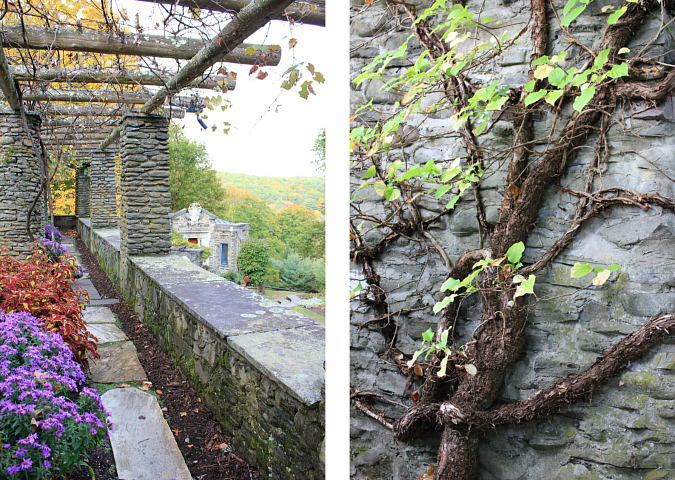 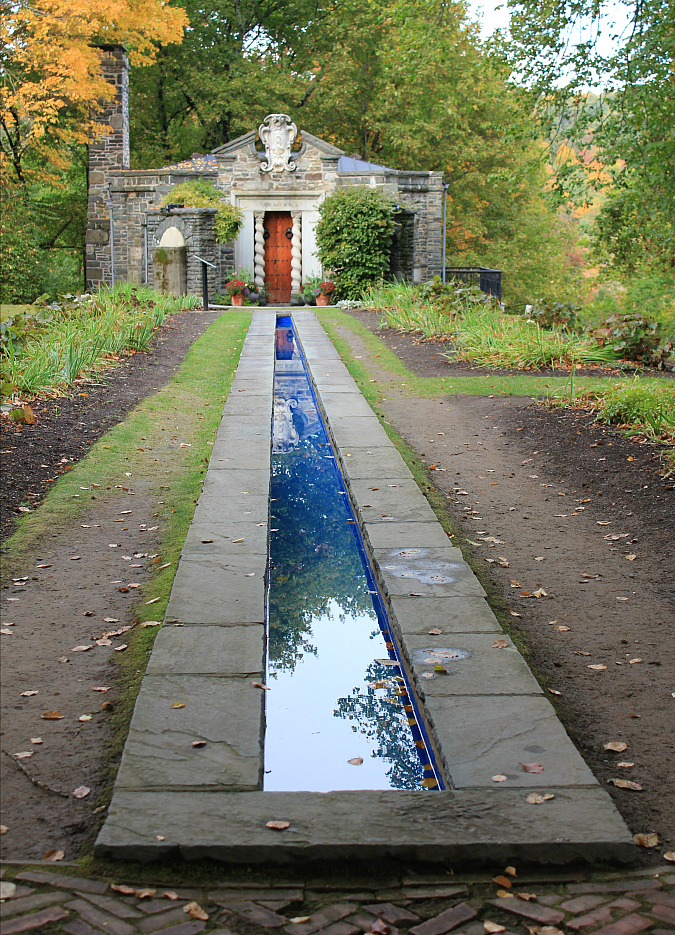 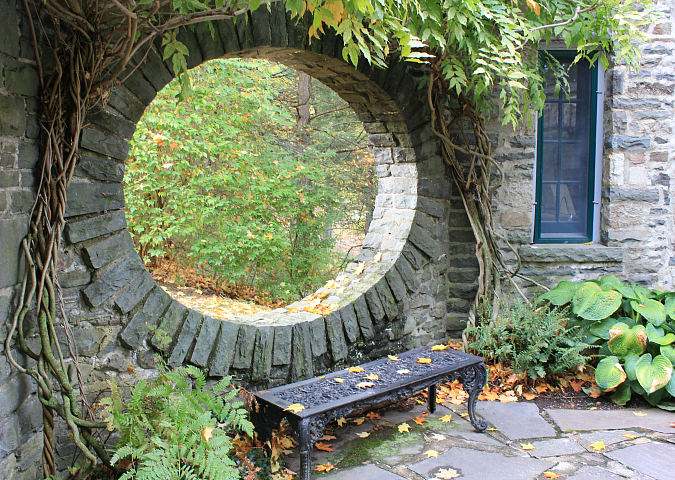 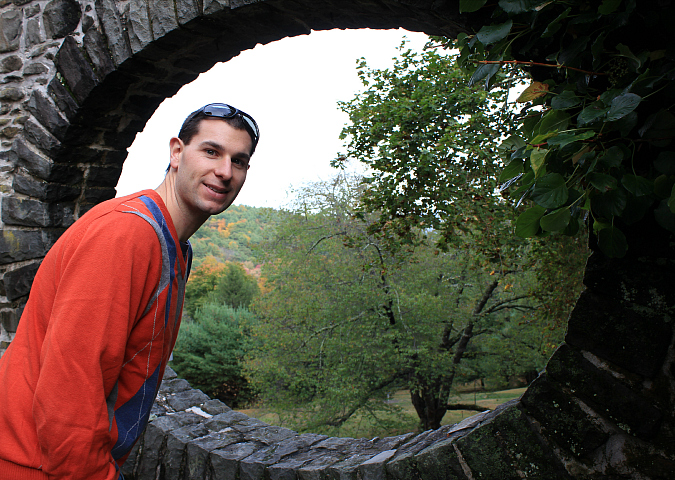 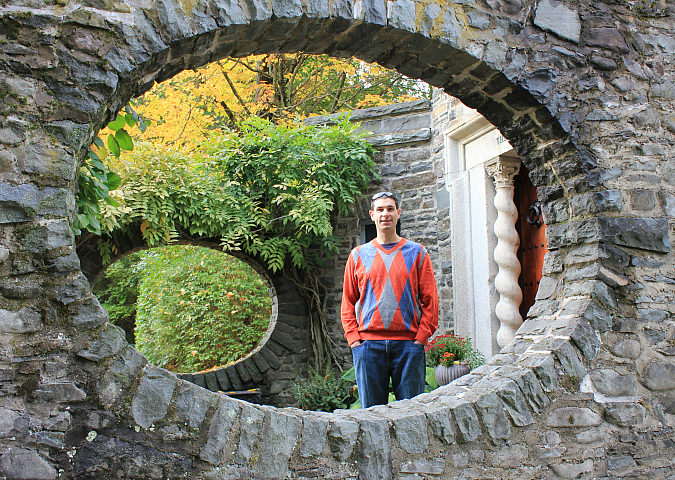 It was nice to take a field trip on Saturday. I was glad to finally get an opportunity to see the upper two floor the grey towers. What a summer home! As always, the house and grounds were beautiful.
Thanks again for saying me to tag along.

It really has some unusual architectural elements and such a beautiful view! Quite the summer home!