the ipad sleeves that i made back in january got me in the mood to break out the sewing machine more often.  so, i have been working on a few sewing projects lately.

last night i was working on a sewing project, and leko decided that he was going to help me.  he is absolutely fascinated with the sewing machine, and he gets so excited whenever i bring it out to use it (mainly because he loves to watch the thread as it moves).

i was concentrating on the fabric that i was sewing, and all of a sudden i realized that there was some resistance on the thread.  i looked up and found leko "helping" to guide the thread through the sewing machine.  it was so funny, i just couldn't resist taking a few pictures . . . 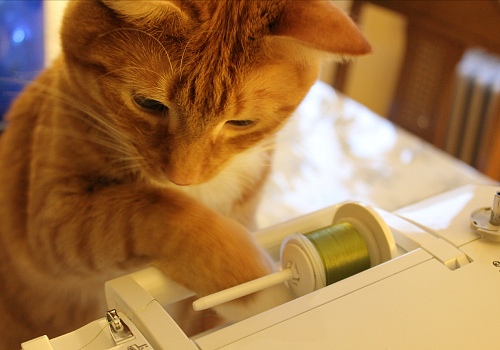 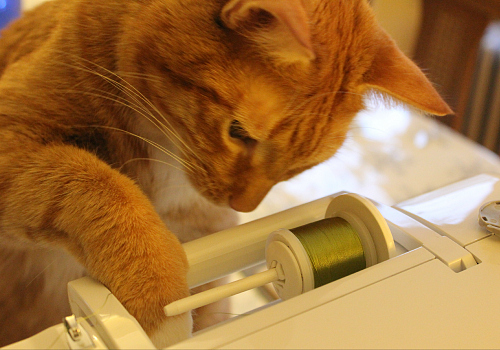 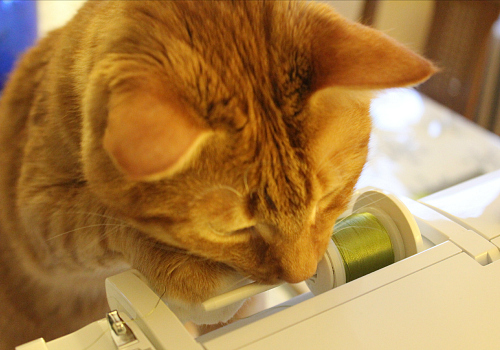 he started off by playing with it pretty gently, then he got sassy and bit the spool of thread.  i told him that he couldn't eat the thread.  he got mad at me for stopping him and decided to get even by sitting directly on the fabric that i was sewing.  "go ahead and try to sew now, mom!"

since his little body was holding it down, i had to stop what i was doing.  i guess he showed me! 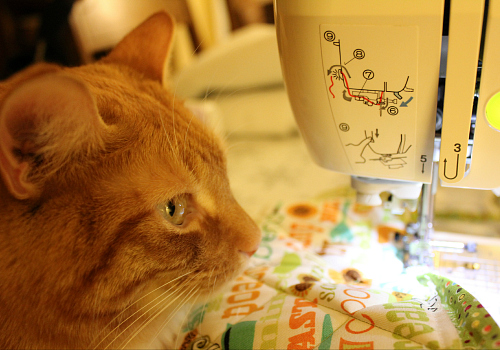 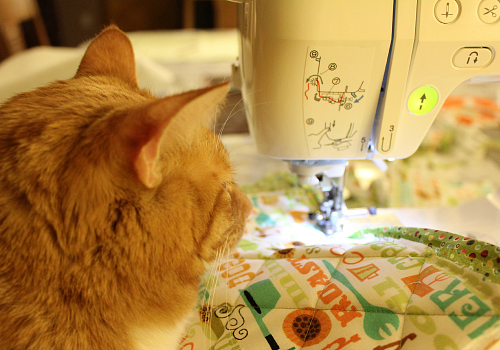 Watch that nose and tail. Looks like some nice quilting going on, is he helping?

What a cute little helper!

The major issue I've always encountered with silk is that because it's so slippery, it tends to move off grain during cutting. Unfortunately, you can muslin a garment as many times as you like to get the fit right, but if the pattern pieces slip off grain when it comes time to making it with your fashion fabric, chances are the final garment won't fit right. So... this blog

Haha. So lovely! I love your cat!