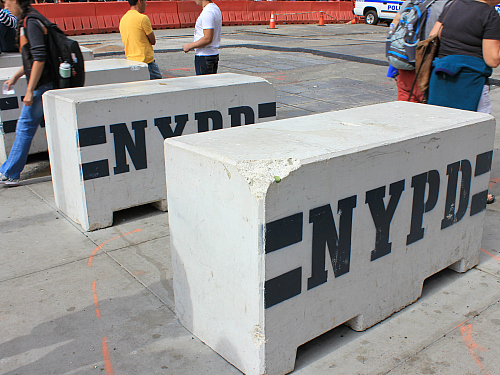 after we finished walking around the italian festival in little italy on sunday, we walked down to the financial district to see the new freedom tower and the 9/11 memorial at ground zero.  we have seen the freedom tower from a distance several times when we have been in the city before, but never up close.  we have also seen the memorial on tv, but we haven't seen it in person since it has been finished.

it was unbelievable to see the freedom tower and the memorial in person, especially just a few days after the anniversary of 9/11.  the freedom tower is 104 stories tall and it is the tallest building in america.  it is quite a sight to see it towering above the memorial.  the waterfalls at the memorial are absolutely beautiful and serve as such a lovely tribute to the victims.  the reflecting pools sit within the footprints of where the twin towers once stood, and each pool is nearly one acre in size.  while we were standing in front of the north tower pool, we even saw a rainbow stretching over the waterfall. 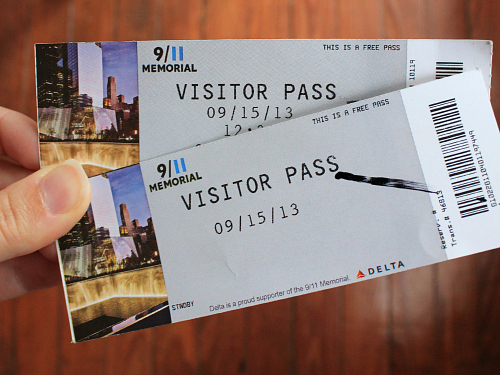 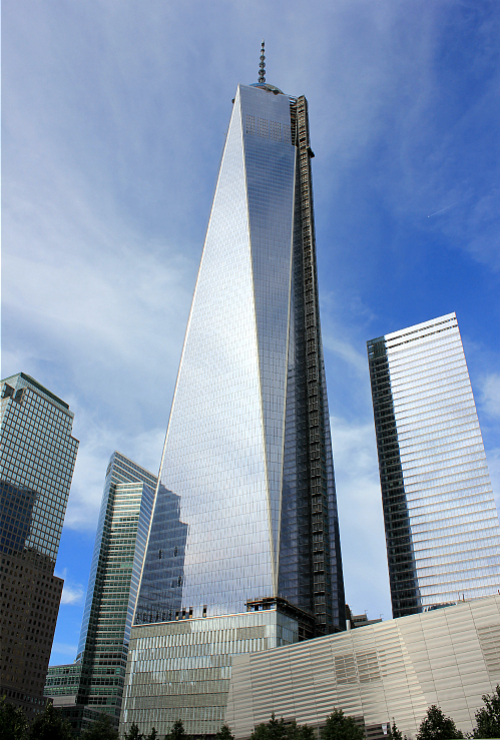 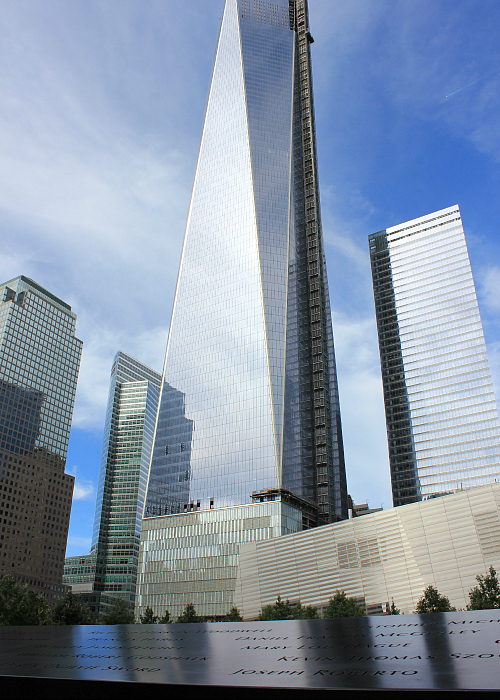 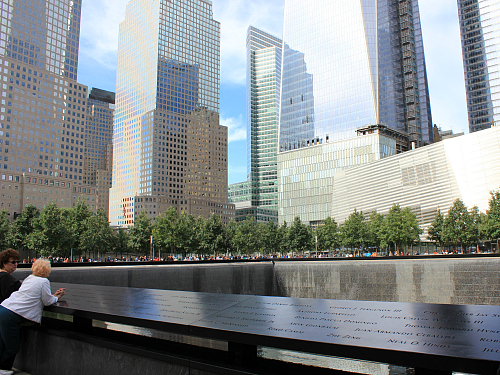 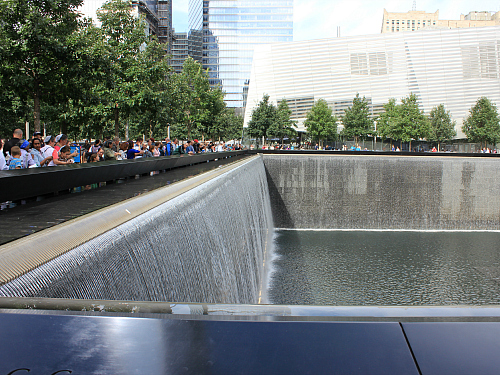 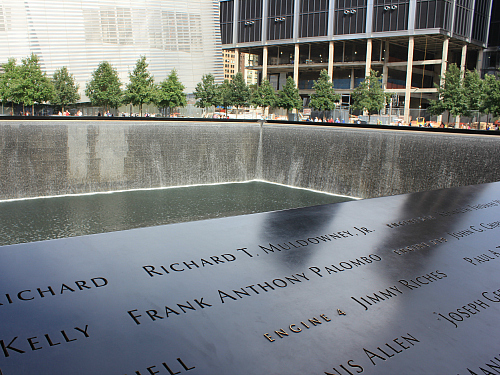 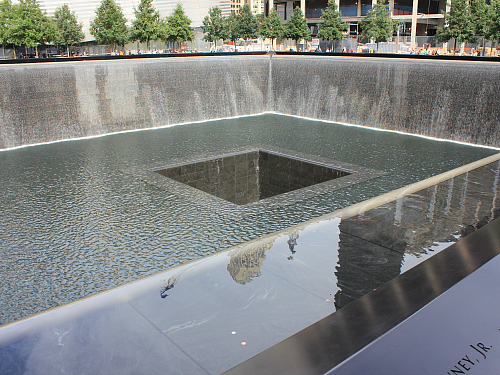 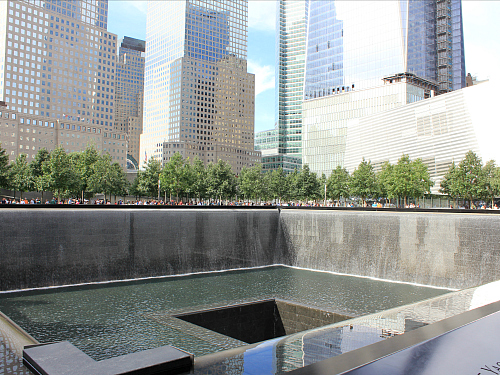 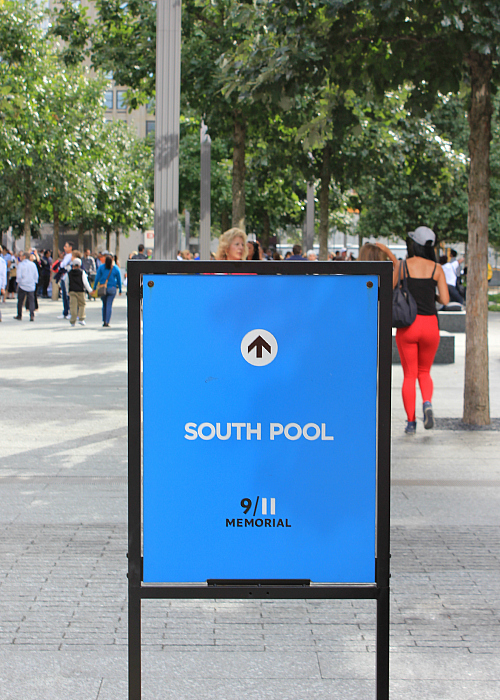 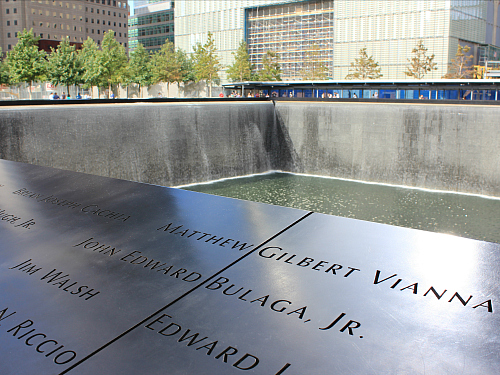 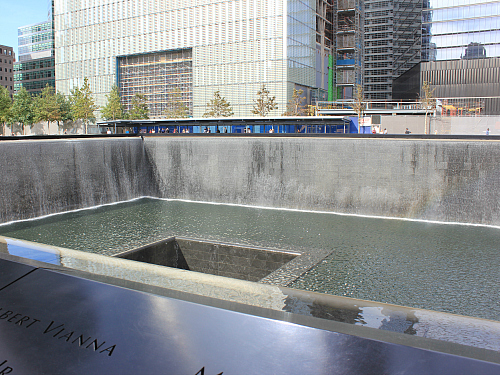 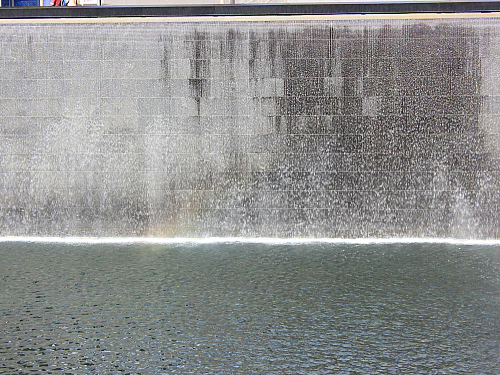 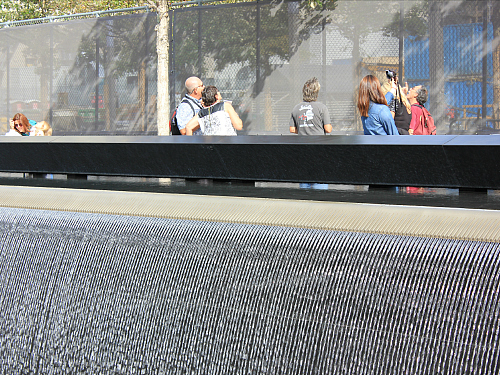 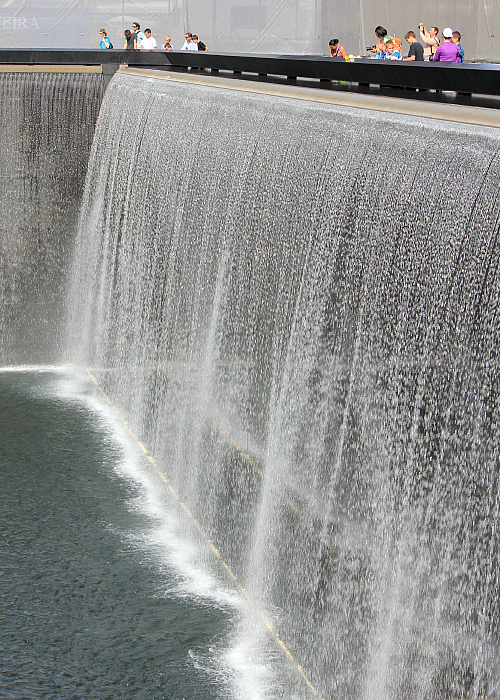 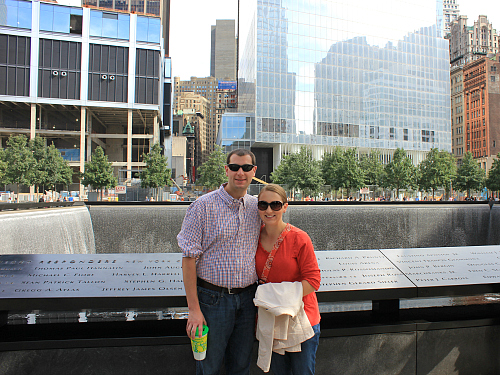 What a moving place. It was hard to believe we were standing exactly where the disaster took place.