neon pink cupcake frosting, left over mardi gras beads, and a cat in the refrigerator . . . oh you know, just a "typical" thursday night 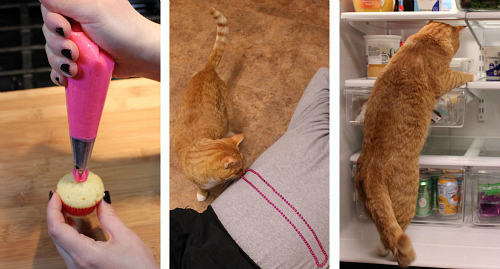 yesterday afternoon, one of our co-workers asked ryan and i if we would bake 30 mini cupcakes for a baby shower that she was going to on saturday.  since she lives so far away, she wanted us to bring the cupcakes into work today.  it was pretty short notice, but we decided to do it anyway.  you know us . . . we can never pass up an opportunity to bake.

we thought that 30 cupcakes was a strange amount (considering most recipes make 12, 24, 36, etc.) but that is what she wanted.  so, last night after work we made cupcakes for our co-worker.  the shower was for a baby girl, so we topped the vanilla cupcakes with vibrant neon pink frosting and white nonpareil sprinkles.  they turned out pretty cute considering how quickly we threw them together. 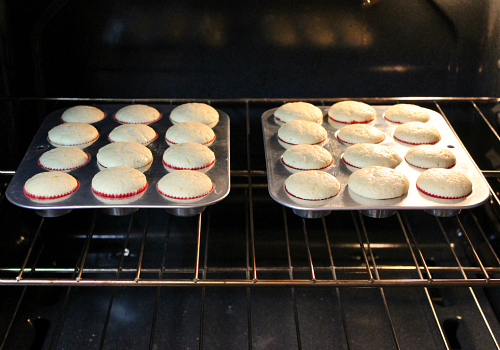 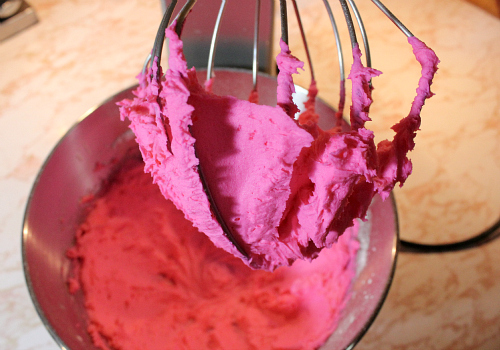 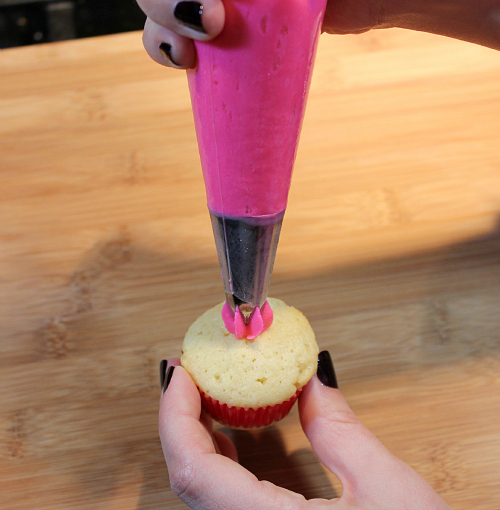 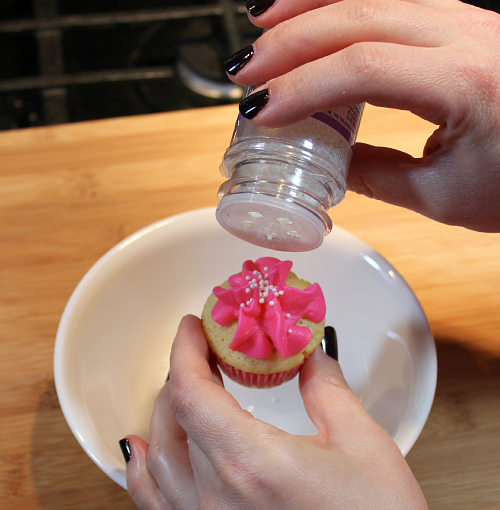 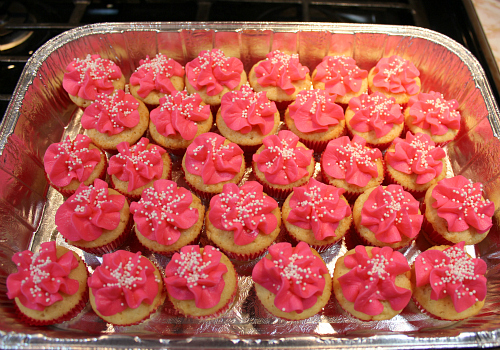 while we were waiting for the cupcakes to bake in the oven, ryan found a string of pink beads left over from mardi gras.  ryan and leko had a blast playing with the beads on the kitchen floor.  (i promise ryan is laughing, not cringing.) 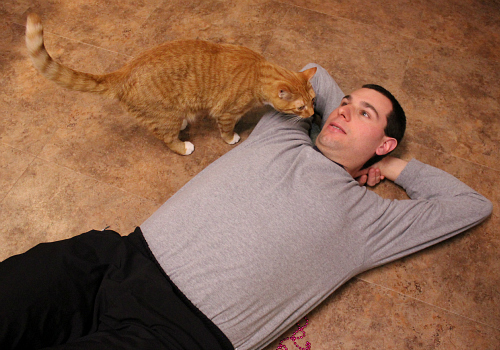 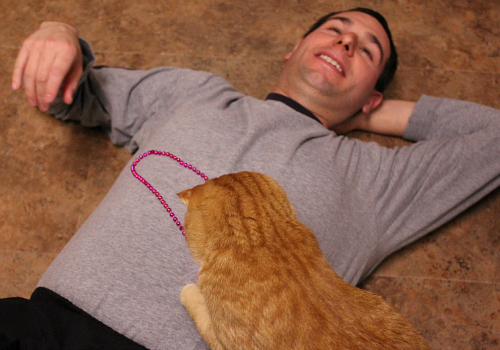 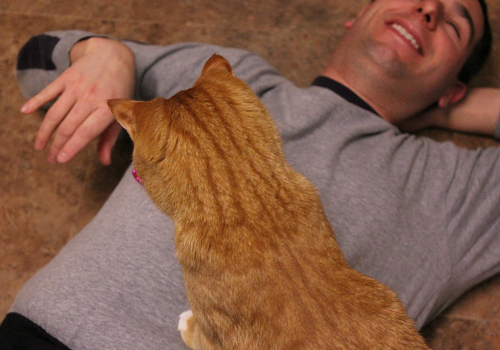 later in the evening, we opened the refrigerator and our sneaky little kitten jumped right inside.  (of course, he was looking for the tuna that was hiding on the top shelf.)

after just a few moments, he managed to get stuck between two of the shelves.  much to leko's disappointment, ryan rescued him and plucked him out of the refrigerator.  he would have stayed in there all night freezing his fur off if we would have let him! 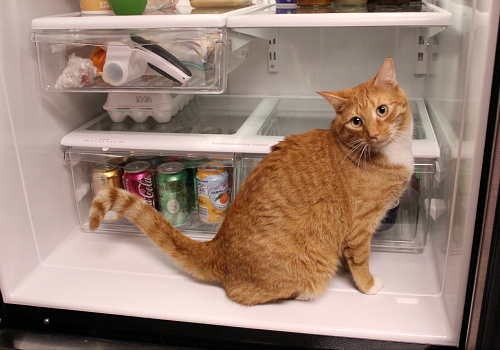 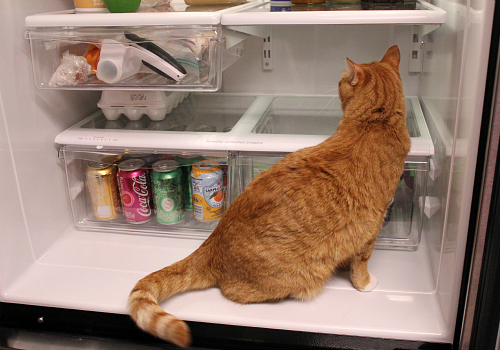 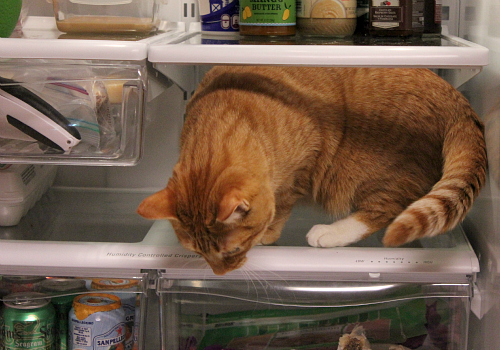 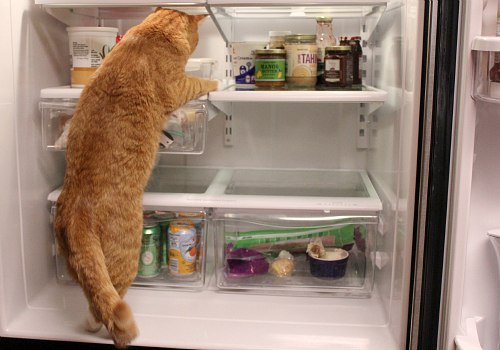 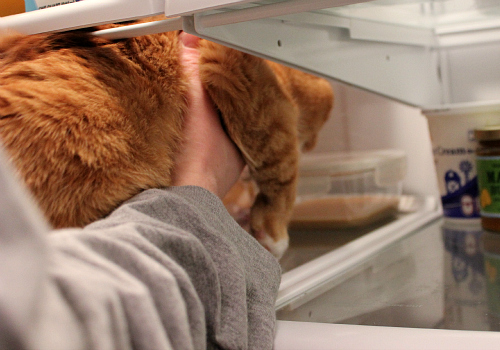 you know, just a "typical" thursday night at our house.

It sounds like you had a fun night :) I love the pictures of Leko in the fridge. He is so cute. I can't WAIT until we can get a kitten but I think it might have to wait until we move into a bigger place. On a random note, your fridge is so clean! Haha. I love how organized it is :)

I hope you gave him the tuna after all of that. Leko deserved a treat!

So I was wondering what Leko was planning to make for supper. Always a cutie!

those cupcakes look amazing! little bite-sized sweets are the best :) and your cat is too funny!