a walkway to remember

down the road from my parents' house, there is a small little park.  on the land of the park sits a tiny gazebo and two park benches.  the park is so petite that you might drive past it without even noticing it.  however, if you took a moment to walk around the park, you'd find that it is such a peaceful and serene little slice of nature along a busy hustling and bustling road.

my parents had a vision for that tiny little park.  they imagined a curved brick walkway leading up to the entrance of the gazebo, with engraved paver stones lining the edges of the walkway.  each brick along the edge of the walkway would contain the name of a child who lived in the county and who left this world all too soon.  the walkway would be a memorial walkway for children of all ages who have passed away.

for weeks, my parents wrote proposals to their township board, presented their vision at meetings, and had sketches drawn up.  when the township approved their proposal, they worked with the compassionate friends organization and they coordinated the orders for the memorial bricks.

my parents' vision became a reality.  after all of the engraved bricks had been put into place, my parents organized a ribbon-cutting and dedication ceremony to officially open the memorial walkway.  on saturday, dozens of families gathered to open the memorial walkway and to see their childrens' bricks.  the names of the children where read, a prayer was given, and butterflies were released.

this petite little park has become an area where families can go to remember their children.  the end result is absolutely beautiful and i am so proud of my parents for all of their hard work organizing this very special walkway. 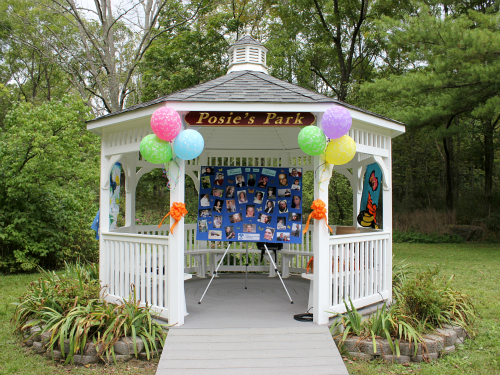 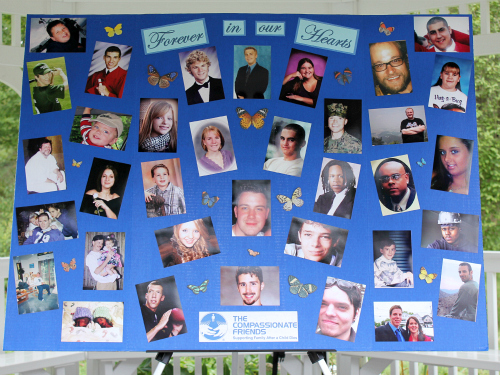 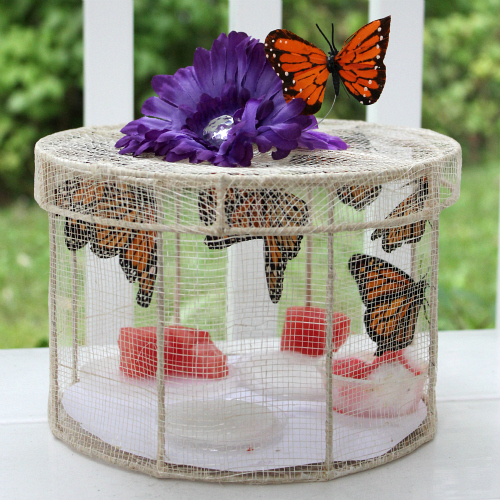 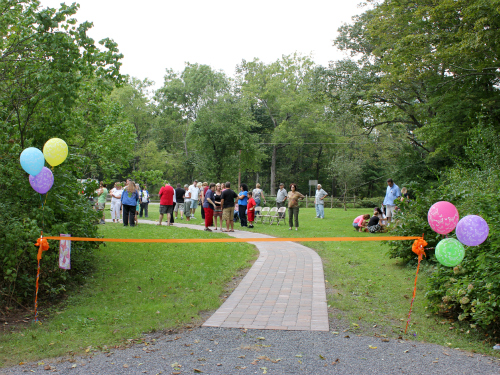 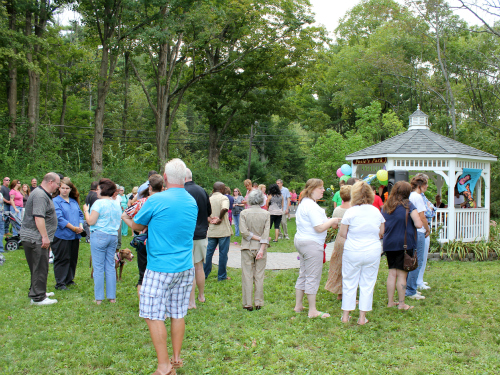 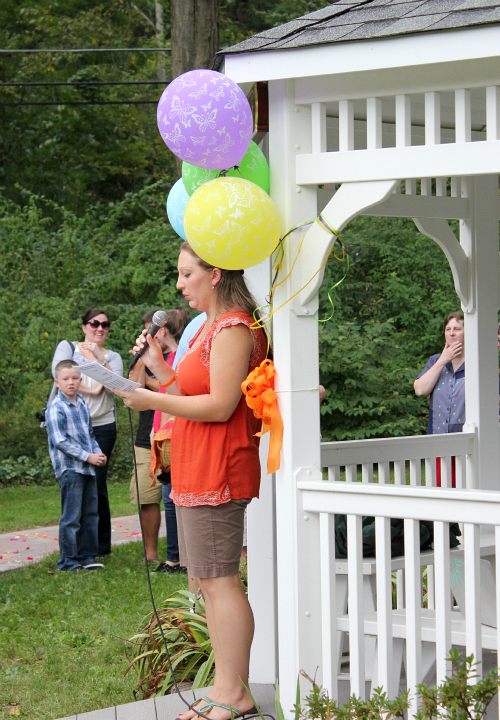 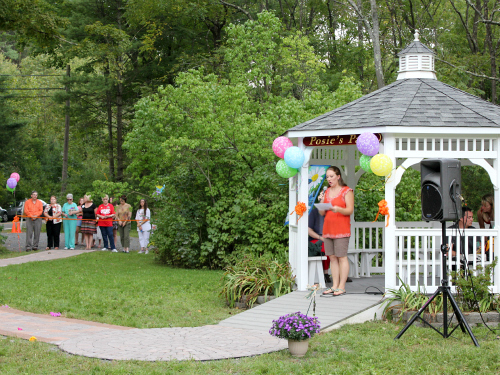 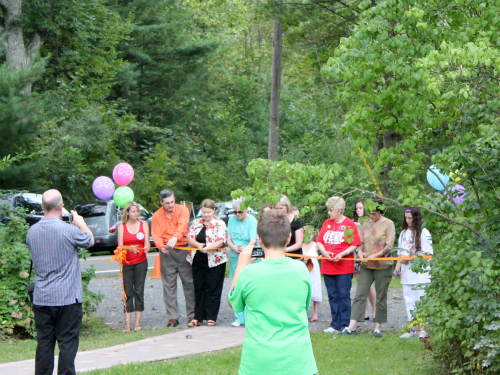 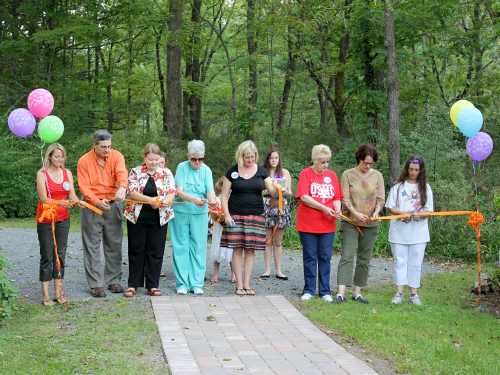 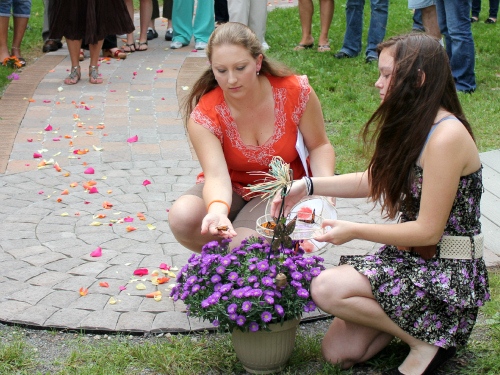 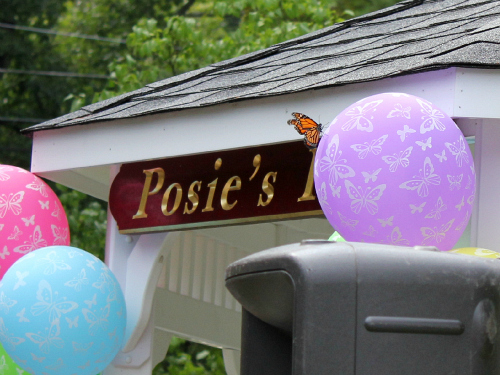 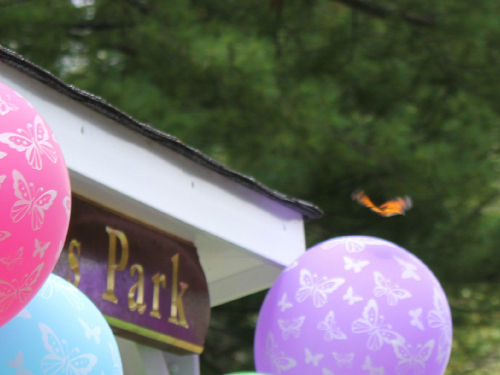 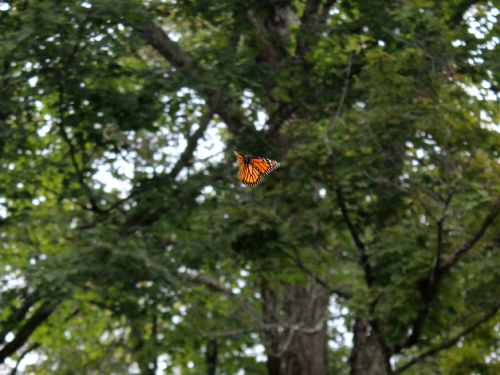 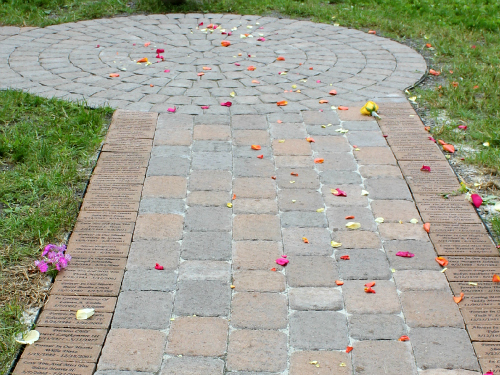 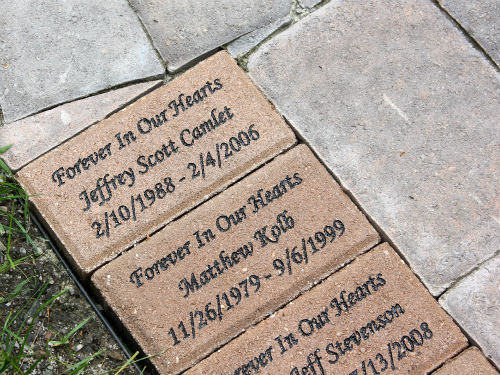 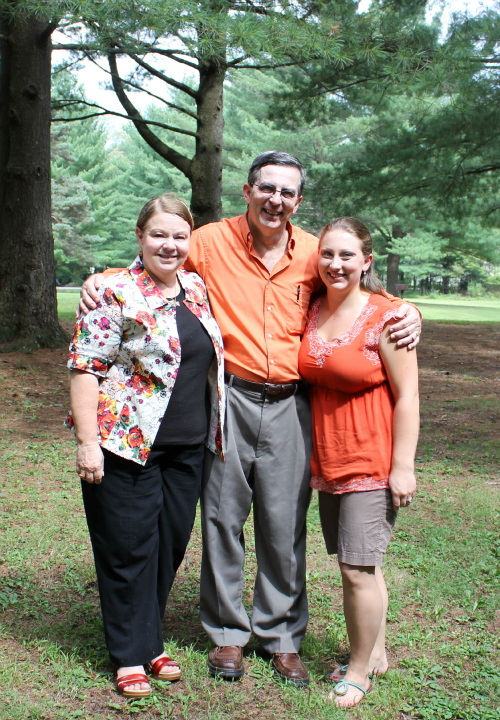 What a beautiful tribute you made on your blog for our dedication cermony. Thank You!

I'm glad the photos turned out so well. The park, gazebo, and walkway are beautiful, and the dedication was lovely. I am glad so many people attended.