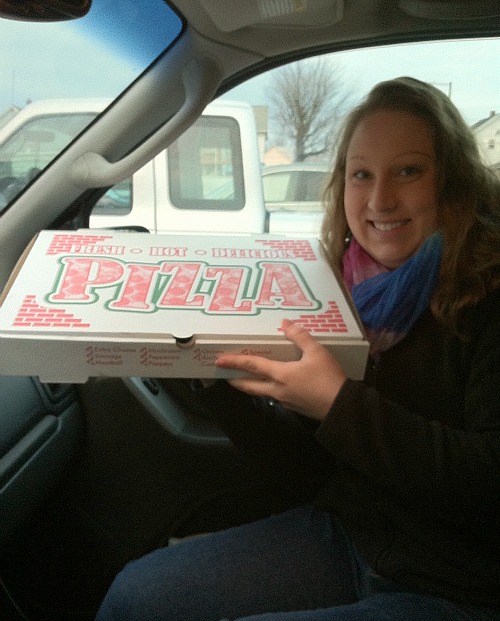 in honor of fat tuesday, yesterday after work ryan and i picked up a pizza and headed over to our good friend kelly's house.  kelly found awesome doodle paper place mats at anthropologie, so we sat around her table for several hours talking and coloring our place mats with colored pencils.  it was really therapeutic to relax and color while spending time with good company.  i felt like i was back in art class in elementary school. 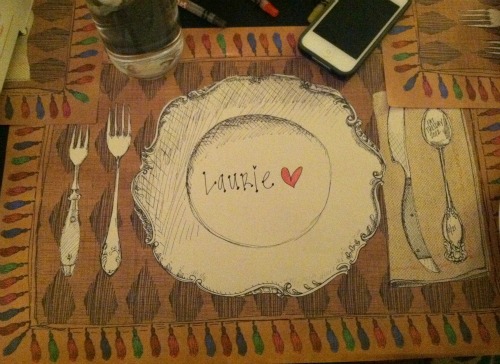 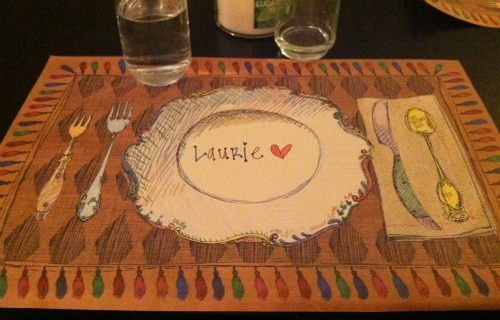 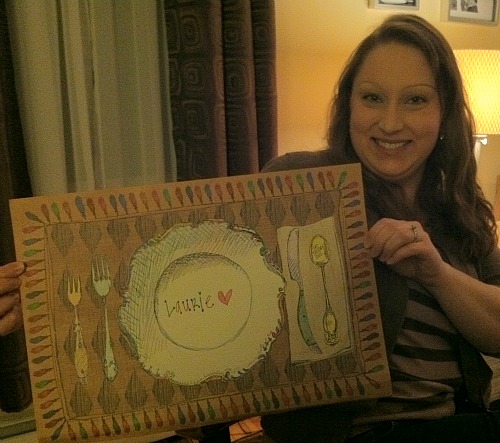 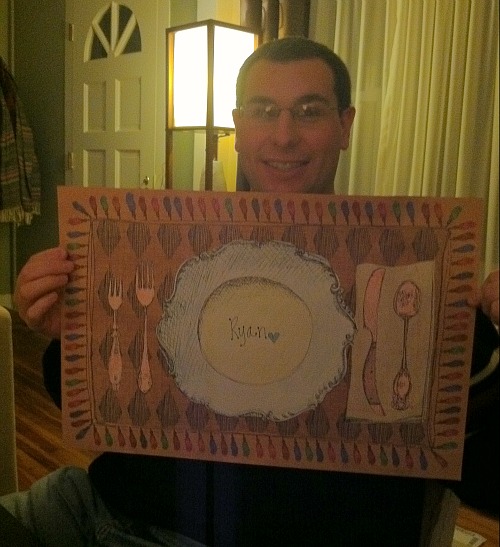 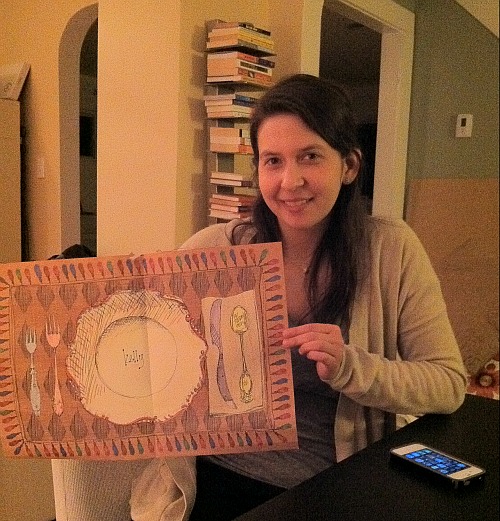 after we devoured the pizza and had our fill of colored pencils, kelly entertained us by demonstrating how to use siri on her dad's iphone.  we were delirious from laughing so hard at the responses that siri gave to kelly.


later in the night, i suggested to kelly that she should give up shopping for lent.  that suggestion prompted kelly to make this little video.  kelly's mom is the person telling kelly what to say in the video.  i am the person laughing like a nut in the background.

we had such a good time visiting
and sharing laughs with kelly and her family.
what a great way to spend fat tuesday!

Oh man I can eat pizza any time of the day everyday. Glad you guys got to spend time with your friend =) I tagged you over on my blog today btw.

This is so nice! Check my blog and follow me if you want!
Ioana

these placemats are so adorable! what a good fat tuesday! we had a little party ourselves...